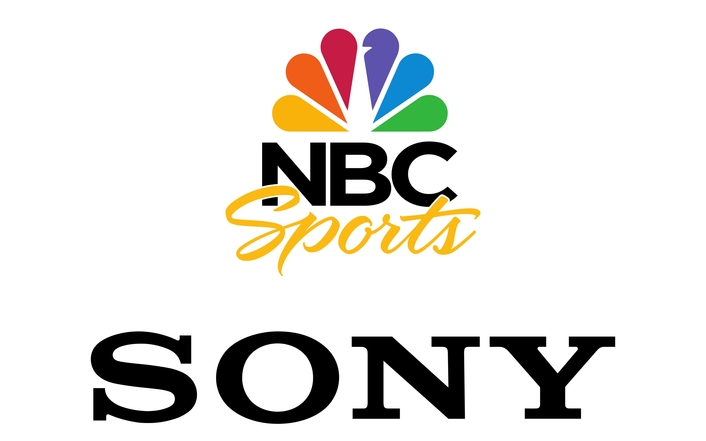 NBCUniversal provides coverage of the 2022 Olympic Winter Games from Feb. 2-20, featuring a Winter Olympics-record 2,800+ hours of coverage across NBC, Peacock, USA Network, CNBC, NBCOlympics.com and the NBC Sports app. The Opening Ceremony was presented on Friday, Feb. 4, live in the morning and again in primetime on NBC and Peacock. Similar to recent Winter Games, NBC’s primetime Olympic coverage began the night before the Opening Ceremony on Thursday, Feb. 3. Coverage began on Wednesday, Feb. 2, on USA Network and Peacock. NBCUniversal is presenting its 18th Olympic Games, 12th consecutive overall, and sixth straight Winter Games, all the most by any U.S. media company.

NBC Sports is utilizing over 100 Sony cameras to capture footage at event venues and record athlete interviews, press conferences, and other assignments that require studio and portable recording and capture in Beijing. A selection of the Sony cameras, including the HDC-3500, will be used for IP-enabled transmission, while the rest will operate in SDI.

NBC Sports is also incorporating more than 300 of Sony’s professional monitors, including the BVM-HX310 4K HDR master monitor for critical picture evaluation and PVM-X Series 4K HDR TRIMASTER monitors for on set and location monitoring. Additionally, other HD LCD monitors from the lightweight LMD series are being used in the studio and field.

NBC Sports is also utilizing Sony’s Professional Services Group, offering an extensive network of resources to provide 24/7 support for all broadcasting equipment and operations, as well as the integration of the International Broadcast Center in Beijing, reinforcement for the competition venues, and studios at NBC Sports headquarters in Stamford, Conn.

“We have relied on Sony to deliver the latest production, monitoring, and image capture equipment for the past 11 Olympics,” said Mazza. “For both the Tokyo Olympics, and now the 2022 Winter Olympics, we’re including the 4K HDR and 1080P HDR images and monitors and workflows that Sony helped us make the transition to. These stunning images are moving around our facilities now in both SDI and IP, and they do so with Sony’s typical delivery of extremely high reliability. Sony’s global support teams are also assisting NBC Sports in Beijing and Stamford, and have been helping us to enhance our continued push for remote production techniques necessitated by the global pandemic. Sony continues to be a critical partner to NBC Sports’ production of the Olympic Games.”

“Sony has been a longtime partner of NBC Sports and their first-rate coverage of the action, emotion and excitement of the event,” said Studdert. “We’re pleased to again provide the necessary equipment and support to help activate this primarily remote production from Stamford. Through the use of Sony’s revolutionary 4K and HDR technology, NBC Sports is giving their crews enhanced creative and operational freedom while heightening engagement and nuance for fans throughout the United States.”

About Sony Electronics Inc.
Sony Electronics is a subsidiary of Sony Corporation of America and an affiliate of Sony Group Corporation, one of the most comprehensive entertainment companies in the world, with a portfolio that encompasses electronics, music, motion pictures, mobile, gaming, robotics and financial services. Headquartered in San Diego, California, Sony Electronics is a leader in electronics for the consumer and professional markets. Operations include research and development, engineering, sales, marketing, distribution and customer service. Sony Electronics creates products that innovate and inspire generations, such as the award-winning Alpha Interchangeable Lens Cameras and revolutionary high-resolution audio products. Sony is also a leading manufacturer of end-to-end solutions from 4K professional broadcast and A/V equipment to industry leading 4K and 8K Ultra HD TVs.