Kunihko Miyagi, president of Panasonic’s imaging division, has told The Hollywood Reporter that his company’s plans for 4K embrace the entire TV production cycle. “We are developing a 4K system – a whole set of products – to allow for affordable 4K production,” he said. “Everything we make in HD will be 4K.”

He says that the production plans covered shoulder-mounted broadcast cameras, as well as handheld camcorders and a 4K version of its popular VariCam units.

Miyagi added that although Sony’s impressive F65 and the Red Epic high-end cameras are already in the market and being used by film-makers, there was still opportunities for Panasonic in the “missing link” alongside cinema production.  “The direction we are coming from is to rationalise the 4K workflow and make it as cost effective as possible,” he said.

Although admitting it is “early days” in the consumer life-cycle of 4K viewing, Jim Underwood, Executive VP, Worldwide Digital and Commercial Strategy, Sony Pictures Home Entertainment, says its progress has gone beyond the point of wondering whether it can become a reality.

Delivering a keynote speech at PEVE Entertainment 2013 in London, he told delegates: “We’re going to see it take off over time.” He suggested that price points would come down quickly, given that Sony was providing 4K sets pre-loaded with Sony studio content, with this “attractive” proposition, “you’re going to see that deliver a lot of interest from consumers.”

Although confident of 4K’s consumer prospects, he felt it was too early to specify formats. “We can’t determine the method of delivery yet,” he admitted.

Seiki Digital has unveiled a 50” Ultra-HDTV 4K television display for a bargain $1,499. It goes on sale in the next few days in the USA, and the company is promising a 65” model later this year at a similar low price.

“The introduction of Ultra HDTV is perhaps the biggest news since the first arrival of HDTV, and Seiki  is leading the charge to make the next generation of high-definition entertainment attainable for today’s television buyers at an affordable price,” said Frank Kendzora, EVP at Seiki.  “The Seiki 4K2K picture quality is stunning with clarity and vivid colors that far surpasses conventional HDTVs. At the Seiki price point, today’s TV buyers can future-proof their next purchase with the latest Ultra HDTV technology, enjoy current high-definition video content, and be ready to experience 4K content as it becomes available in the near future.”

Moreover, the 50” unit is capable of a 120 Hz refresh rate, and the company says the set comes with an HDMI version 1.4 connection cable.

However, Seiki is perhaps not famous for quality. Built in China, and from one of the world’s largest producers of TV sets, early reviews are positive.

Eutelsat is making its 4K Ultra-HDTV demo channel available to Digiturk. Broadcasting from Eutelsat’s 7A satellite, which is also home to Digiturk’s pay-TV neighbourhood, the first demo transmission took place on April 2nd and has now been opened up to a wider audience limited only by the lack of receiving equipment.

Emre Uysal, Digiturk’s Product Development and Broadcasting Systems Operations Manager, says that the establishment of the standards and infrastructure for 4K are now actively underway, underlining that Digiturk has the infrastructure and service capabilities required for 4K. “We have 4K capability as of now and aim to be ready for commercial broadcasts once standards of this ecosystem are finalised and consumer equipment is available in the market. This demonstration channel gives us a powerful platform to show the vivid experience afforded by Ultra HD and will enable us to build the broadcasting chain from content production to home viewing.” 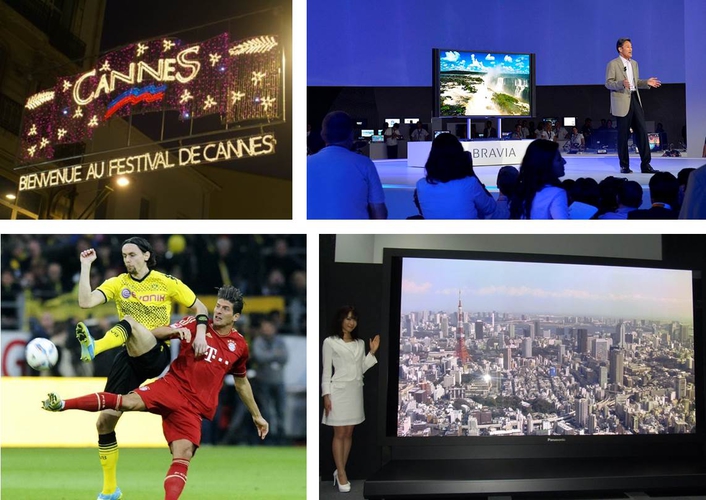 “Eutelsat is proud to be Digiturk’s chosen digital satellite partner for almost 15 years and to embark on this new venture in 4K broadcasting,” said Ali Korur, Eutelsat’s Turkey, Middle East and Africa Manager. “Supporting the broadcast industry along its continuing path of innovation is a core part of our DNA. It was in this spirit that we launched demonstration HD and 3D channels as these formats and ecosystems took shape, and the same spirit is driving this new initiative.”

Gary Davey, SVP Programming at Sky Deutschland, speaking at MIPTV’s special 4K event, said he believed that at least half of Sky’s current portfolio of 65 HDTV channels would be showing 4K content within five years of Sky launching a dedicated 4K Ultra-HDTV channel.

“I suspect SES will be first in supplying a feed of regular 4K content but the process will be a least another year or two before there are commercially driven channels available. Inevitably [a 4K service] will start as a demo channel, and probably in much the same way we manage 3D currently which is as a hybrid service. 4K will start that way but I think it will very quickly become the industry standard,” he added.

“There are some constraints to the business,” he explained. “Everything done so far is based on single camera usage. The challenge for us is to work out how we can cope with a 34-camera Formula 1 shoot, or a 22-camera Bundesliga soccer game. Managing the technical costs for that as well as the complexity for live TV is something that we must overcome. It is going to be expensive, but at the end of the day it is going to be worth it because when you look at the huge new screens and think about live football in real 4K, I think [the experience] will take us to a point that I have always wanted to be and that is for the viewer to be genuinely better than being there!  I think that is now possible, and that’s why we love the idea.”

“We have experimented with how HDTV looks on a 4K set, and how 4K content looks on an HDTV display. There are no downsides in this process. We are committed to seeing 4K become the standard over time. None of us know for sure as to what the timelines are going to be, but we are investing now and thinking how the future will look,” he added. 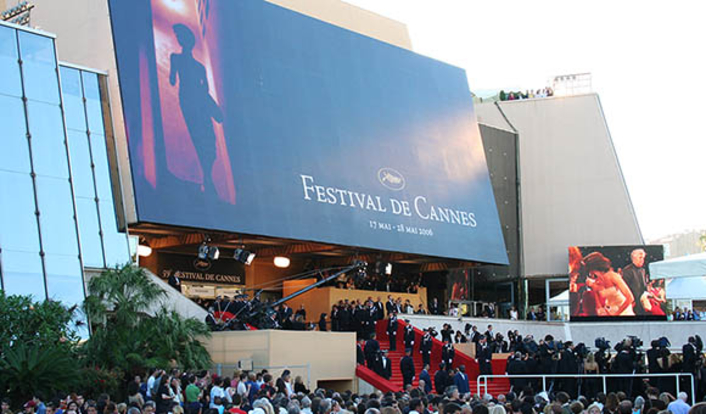 “The production of Beauties À La Carte is part of our efforts to understand the technical challenges of producing drama in this new format,” said Nobuhiro Haneda, NHK’s senior manager in charge of 8K content production. “I hope we can work with film industry professionals to further explore the possibilities of using 8K for feature films.”

Directed by Toshio Lee, Beauties À La Carte tells the story of a gourmet food writer invited to a new French restaurant where the chef decides what to serve based on his patrons. At the screening, viewers will also be treated to 8K coverage of the Rio de Janeiro Carnival by NHK, as well as wildlife, entertainment, art and sports footage.