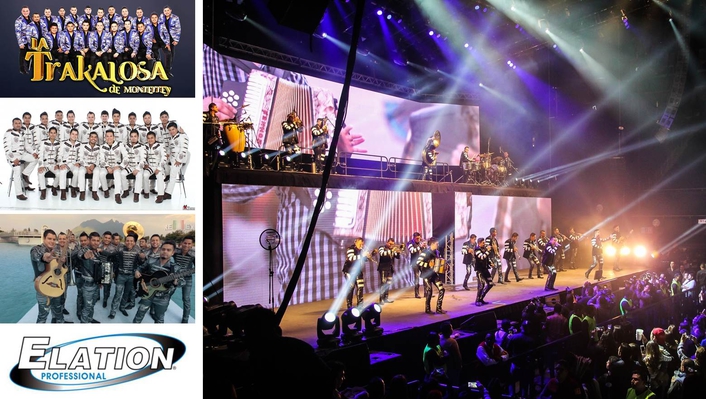 “The Platinum BX is now a part of the great concerts of this band,” stated Edson Rivera of Elation partner Adimsa, who supplies lighting packages for many of La Trakalosa’s bigger shows, including Platinum BX beam lights. “When it’s a big show they want to up the production value. If it is a venue where there are 10,000 people or more then they look to make a bigger impact and the BX fixtures help them do that.” 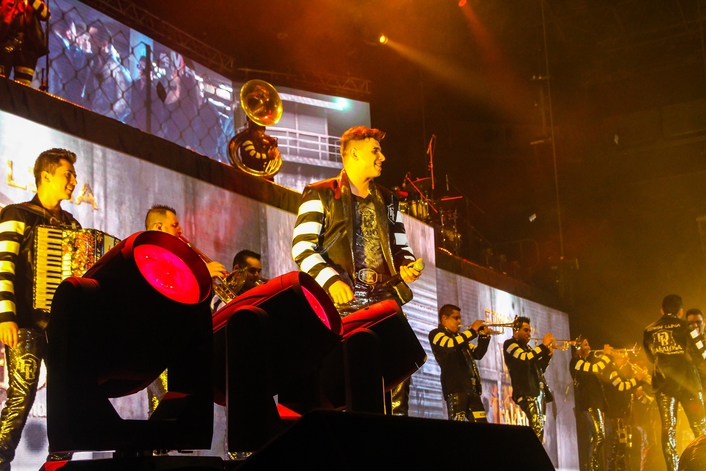 The band, whose members come from all over northern Mexico, plays a diverse blend of music from traditional to more alternative and is one of the most popular bands in Mexico. Originally only a regular act in bars and night clubs, the band’s popularity has grown to the point where they now play some of the larger venues around such as Arena Monterrey with a capacity of over 17,000.

Squeezing so many band members on one stage can be a challenge however therefore the band often plays on a two-tiered stage set up. At a recent show at Arena Monterrey in November, lighting designers Victor “Yupi” Barajas and Armando Gutierrez needed some extra punch and placed 24 Platinum BX fixtures left and right on both the stage floor and second tier floor along with some fixtures in an overhead rig.

“The band played in front of a large LED screen on both tiers of the stage so there was quite a bit of ambient light coming off of that,” Edson says. “They were going to use a beam light with less power but I suggested the BX for more impact and they liked the idea and decided to use it. It cut through the light from the LED screens with absolutely no problem.” 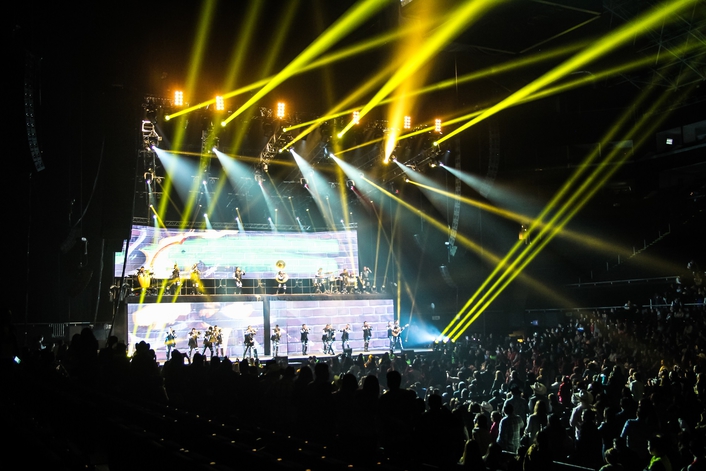 The Platinum BX powers out over 15,000 lumens of concentrated light along a tight 3-degree beam, its wide lens optics making for a thick beam look that’s great mid-air. LD’s Barajas and Gutierrez named the BX’s 8-facet rotating prism, dense beam and extreme power as its most important features on the show.

“With the greater visual impact that a fixture like the Platinum BX brings, their larger shows are now the best ever for the band,” Edson concludes.