Wood, who was the recipient of the 2015 USITT Rising Star Award as one of our industry’s best young talents, was brought in as a guest designer for the production, which he described as a big success. “This was my first time using the Colour Chorus fixtures and they were fantastic,” he stated. “It was actually the first time that many of the students had seen an LED strip light. It was exciting for them and they were quite interested in knowing its possibilities.” 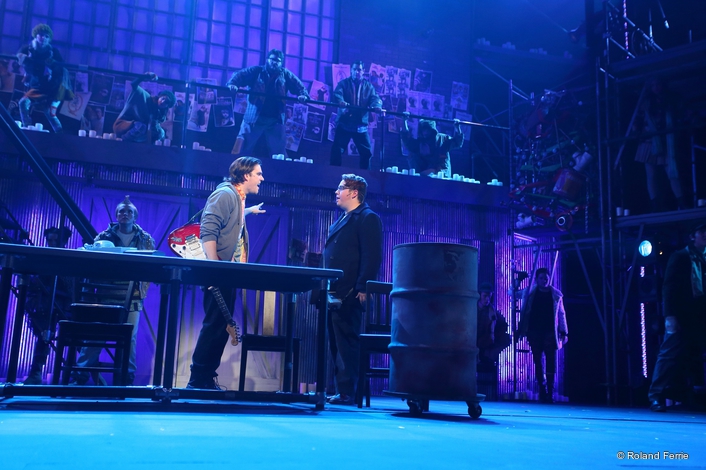 The Colour Chorus LED batten lights use 3W RGBA LEDs, which give a broad palette of color choices, and are ideal for floodlighting surfaces, sets and stages in even washes of colored light. Hue, saturation and intensity of each LED are individually controllable for more precise customization and strobe and chase effect possibilities mean they can also be used as excellent effect lights.

Wood incorporated 7x Color Chorus 48™ and 2x Color Chorus 24™ (4-foot and 2-foot fixtures respectively) in his design in order to bring out the texture of brick and steel set pieces which added an element of depth to the set. Located left and right of the stage on scaffold towers, Wood says he used the fixtures to their full potential. “They have a really good color spectrum,” he commented. “I could get very vibrant colors out of them but also subtle blues and lavenders. I also put effects through them and used them for the big heavy-hitting musical numbers. They are very bright, so much so that outside of the musical numbers I only had them at about 20% intensity. They also faded very smoothly.”

Used for washes of color as well as beam looks were 6x Platinum Wash 16R™ fixtures, powerful moving heads that house a unique motorized zoom system with both beam and wash ranges. Positioned upstage on two electrics as backlight, Wood used the Platinum Wash 16R’s 3° to 14° beam for concert style looks while spreading the beam out up to 44° for wider washes. 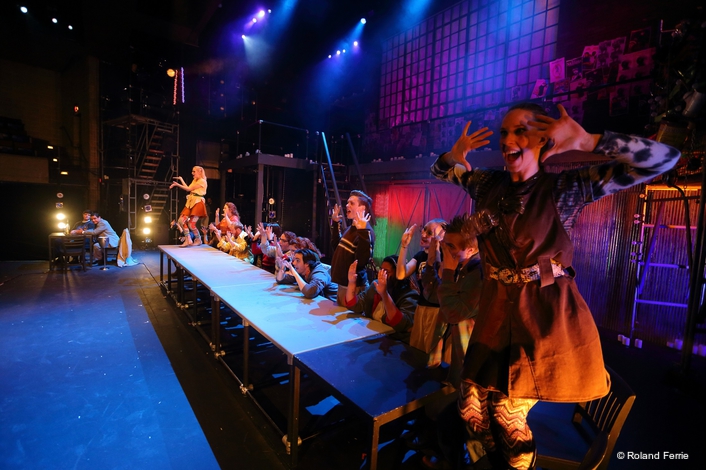 “It’s a fine line between beam and wash and with this fixture it was easy to switch back and forth,” he says. “I needed something that would cut through and the Platinum Wash 16R had a lot of punch to do that. Also, the Strayer-Wood Theatre has a very wide stage and I used them to wash out the other light on the stage floor for an even look, which it did well. It really has nice diffusion. Another benefit of using them was their size to output ratio. We were very tight on space so their smaller size was a huge advantage for this production.” Wood also praised the Platinum Wash 16Rs fast yet quiet movement as the fixtures had to reposition when they were off “and did it quietly.”

Wood also used 4x Platinum Profile 35™ moving heads in his design – two over the stage and two positioned at FOH – for spot scoping as well as animation effects such as a nice fire effect in a scene with a burning Christmas tree. “They have great colors from subtle to strong and were used for lots of specials, which had to be the same every night. The pan and tilt was very accurate and positioned perfectly.”