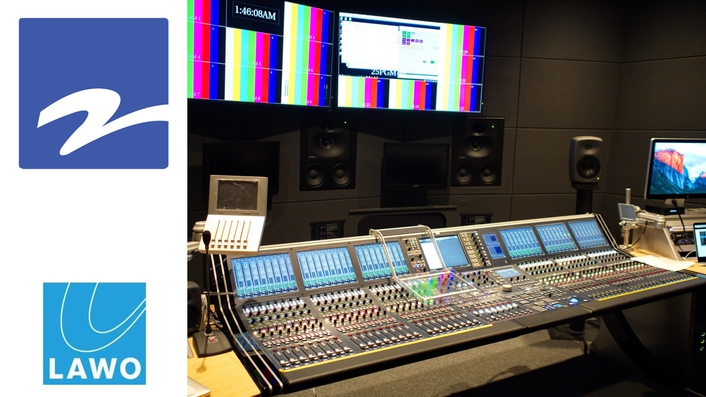 The facility’s audio relies on a RAVENNA digital network, controlled and monitored by Lawo’s Virtual Studio Manager (VSM), making this the first full networking of broadcast studios in China, with central routers distributing every signal required to be accessed by all of the studios within the center.

ZRTG is a leading player among China’s TV broadcasters – a status derived not only from its technical standards but also audience ratings. Owned by the local Government, the broadcaster operates 12 television channels and eight radio channels, providing a total of 450 broadcast hours each day. Its satellite channel is the most successful in China, airing popular programs including “Sing China!” and ”Running Man”.

As an established customer with the German technology pioneer, ZRTG already has several Lawo systems in operation in its downtown facilities.

The ZRTG International TV Center has two studio networks that are already in use. The main studio network comprises four large studios of 2,500m², 1,200m², 600m² (A), and 600m² (B). All studios are interconnected via centrally installed Lawo Nova73 routing system and video routing systems controlled and monitored by VSM – each audio and video signal can be shared and distributed to the control room where it is required. The audio network is designed using a Nova73 central router and four 56-fader mc²66 consoles in each control room. The studio control rooms have access to ten centrally installed DALLIS stageboxes that are connected redundantly to a Nova73 router via RAVENNA, which makes signal sharing extremely convenient with no local stageboxes required. 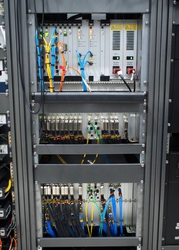 The Studio A 600m² control room also serves as the control room for the smaller 200m² studio, where bands are mixed using a Pro Tools HDX and Pyramix DAWs. The 56-fader mc²66 can control the virtual faders of both DAWs simultaneously. There is also a Waves SoundGrid system at the Studio A control room, which is designed to be mobile so that it can be used in any of the other three studios if required.

For the production of “Sing China!”, the broadcaster uses one control room for multitrack recording and final mixing, another control room for live music mixing, and the third control room for full backup. Using this setup, the Nova73 router also provides microphone management –there is a GUI in each mc²66 to define which console has the control rights for mic preamps on each card.

The broadcaster’s Home Shopping Channel uses the other two studios (600m² and 250m²), each of which is equipped with a 40-fader mc²36 console. There is also a Nova37 router in between to share the wireless mics and dembedded signals. Operating in this way, the shopping channel not only saves the cost for dembedded signal distribution but can also make use of all the wireless mics for one studio.

Beside the Lawo audio infrastructure, ZRTG has also invested in consoles from Lawo for its new 4k OB Van and Audio Truck. An mc²66 and two mc²56 mixing desks will be installed in the vehicles, whose coachwork is presently under construction in Netherlands. The OB trucks are scheduled to enter service in summer 2018.

Situated 170km south-west of Shanghai, the capital the capital of Zhejiang province, Hangzhou is a “garden city” with a history of more than 3,000 years, and is regarded the most beautiful city in China. It is also known worldwide for successfully hosting the 2016 G20 Summit.