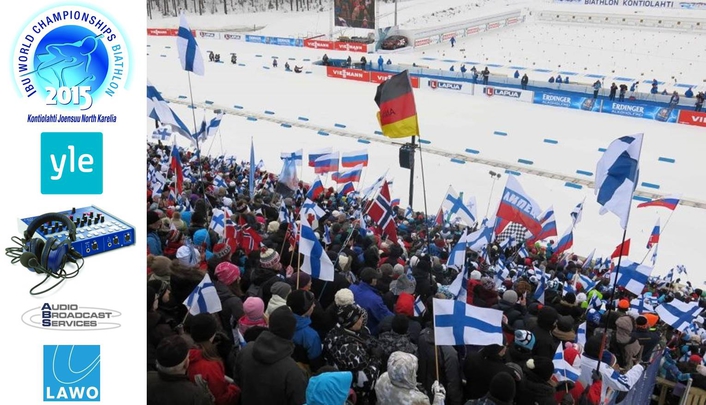 Held in Kontiolahti, Finland, the Biathlon World Cup 2015 came to a close on 15 March,with the German team winning three gold and two silver medals, and finishing the contest second to France in the final medal table.

Alongside the world’s elite biathlon athletes who had put themselves to the test in the competition, Lawo technology had also proved to be at the top of its game. Finnish public broadcaster YLE had used an IP-based Commentary System with ten Lawo Commentary Units (LCU) –including onsite support – from rental company Audio Broadcast Services (ABS) for television coverage of the event.

The fully digital Commentary System is based on RAVENNA Audio-over-IP networking technology that enables the use of standard IP networks for interconnecting venues and devices. The Lawo solution spans the actual commentary unit, the IP-based link infrastructure and the software-based Commentary Control Room Management tools, to the convenient hand-over of the signals to all National Broadcast Partners — a complete and extremely flexible solution from a single source.

The ABS/Lawo team in Kontiolahti installed the LCUs in less than three hours, and deployed pre-prepared configurations with the idents. The first commentators were able to test the connections with their home broadcasters immediately afterwards – a speed of setup that impressed the YLE staff. In addition to YLE, a number of other broadcasters used the Lawo Commentary System, among these were Russian nationwide TV and radio broadcaster RTR, Sweden’s SVT, France TV and Russian broadcaster C1R. 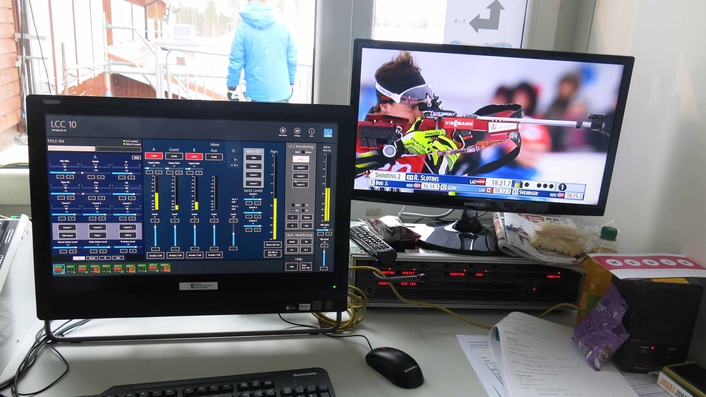 Further Lawo technology was also in use in the OB vans that were onsite to cover the event. Among these were the YLE-UT10 for the world feed, the Mobile Production Unit (Mobile Produktions-Einheit, MPE) from German public broadcasters ARD/ZDF, and an OB van from HD Resources – all of these mobile units were equipped with mc²66 audio mixing consoles.