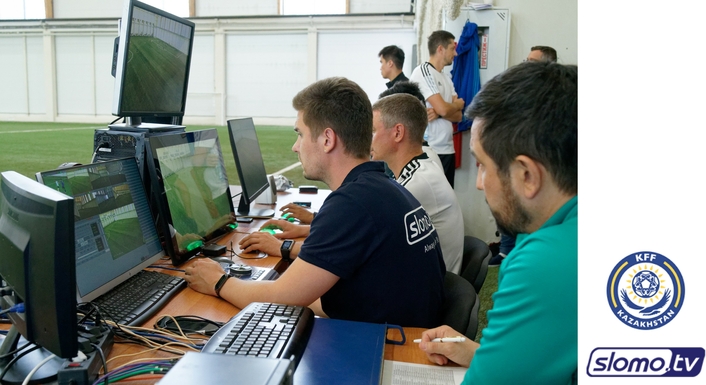 As part of the VAR Light Trials program, the Kazakhstan Football Federation and Slomo.tv carried out the first VAR Light Trial. By mid-July 2021, more than 70 referees and their assistants had successfully completed intensive VAR training and Short Stage Matches.

For easier and faster implementation of VAR technology, FIFA has developed the VAR Light concept. It makes the technology more accessible to all Leagues and Federations and lowers the entry barrier in case of limited resources. The VAR Light Trials program was opened
in spring 2021.  It offered the football federations interested in adopting the technology
the opportunity to participate in tests of VAR Light compliant solutions. 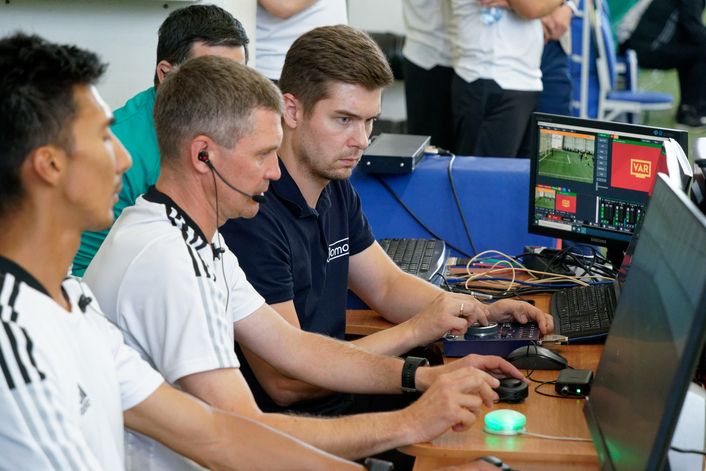 The Kazakhstan Football Federation was one of the first to apply and together with VAR technology provider Slomo.tv, successfully completed the trials of the VAR Light system.

“This is a very significant and important step for the Federation and the Football Leagues
of Kazakhstan, and we are pleased that the process has successfully started. When choosing a system provider, we considered the ability to offer a VAR Light solution that is not only
as good as the "big" VAR systems, but also able to cover our needs at a reasonable cost. Independence from the TV broadcaster was also an important criteria.” – said Oleg Kungurov, Technical Director at the Professional Football League of Kazakhstan. 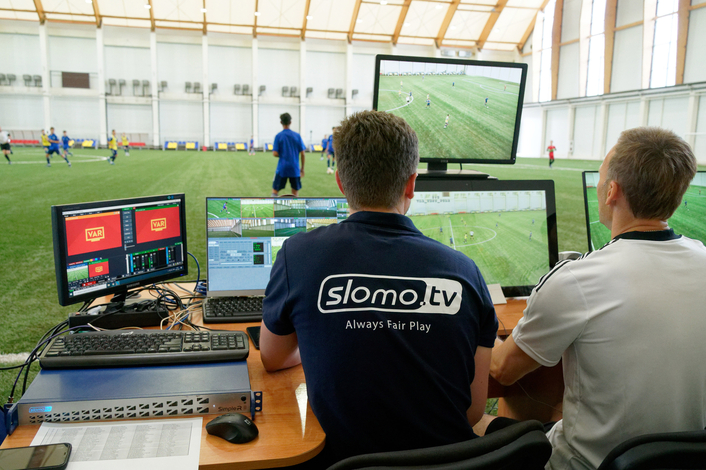 VAR Light Trials are aimed to test the "viability" of VAR Light technology in terms of both the equipment and challenges in training of personnel - VARs / AVARs / Replay Operators.

The first training stage for referees was held as online lectures by Farkhad Abdullaev, FIFA VAR instructor. In early July, the referees moved from theory to practice - work with the video-refereeing system itself. In Nur-Sultan, the capital of Kazakhstan, a specialized training center was organized to run an intensive course, which included parallel training of 72 referees
and their assistants, as well as replay operators.

Slomo.tv provided the equipment - the video-refereeing server videoReferee®-8F for working with 8 cameras and the "Academy" system. "Academy" is a unique technology developed by Slomo.tv that allows using a specially prepared library of clips with controversial moments to emulate "live" signals from cameras. Together with the videoReferee® server, it allows to immerse the trainees in a working process that is as close to the actual workflow
as possible. 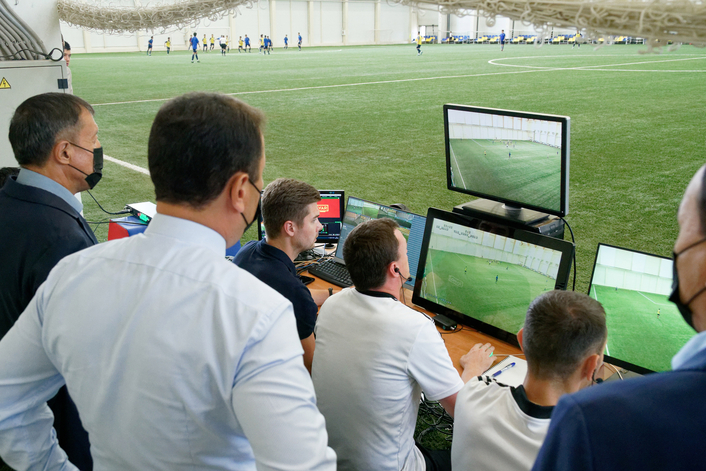 Parallel to the training on the "Academy" simulator and consolidation of the theoretical material, the referees completed the Short Stage Matches - training matches with the VAR system. The participants practiced interaction between the VAR team and referees in the field, identification and analysis of controversial moments, concentration, stress management and preparation of video material for review.

One of the important features of the Slomo.tv systems is the ability to create your own library of clips with controversial moments, which can be used in the "Academy" for further skill improvement or training of new referees.

"This is not only the world's first large-scale trial of VAR Light, but also a series of important experiments that allowed us to work with the Federation to develop the best camera positioning for arenas with different geometries as well as to test the quality and accuracy of the video refereeing on the VAR Light compliant system. The tests have shown that the system fully meets the challenges of the VAR." – said Igor Vitiorets, CTO at Slomo.tv.

By mid-July, the intensive training phase and Short Stage Matches were successfully completed. However, further on, referees will receive regular theoretical and practical training, the testing of the system will also continue. The Kazakhstan Football Federation and Slomo.tv have a lot of work ahead, including the test of the technology at Kazakhstan Premier League matches.