Founded in 1992 by MD and company owner Ferenc Ács, Budapest-based ÁSZ Bt is the second largest OB van operator in Hungary having been established for more than 20 years. The addition of the 18-camera OB5, which houses a Sound Room, Video Engineering Room, and Production Room – brings the company’s truck count to four, as it joins OB3 (supporting up to16 cameras), OB4 (with a maximum of eight cameras), and OB6 (with a maximum of six cameras). 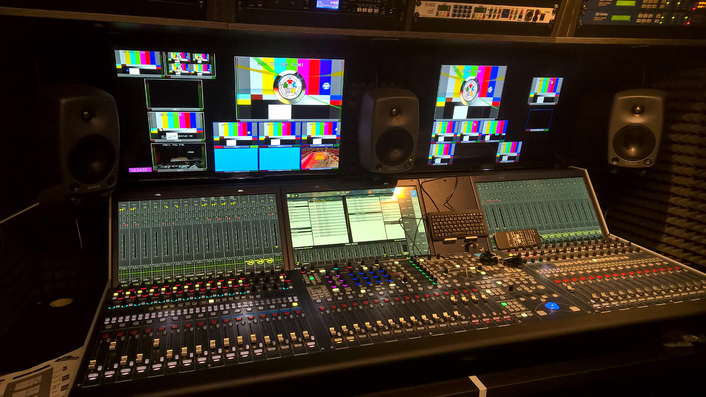 The expanded fleet improves the company’s ability to serve domestic events and also to take on additional projects abroad – the complexity of international events required more powerful audio mixing than offered by the existing OB vans, and ÁSZ Bt looked to Lawo after extensive market research and a competitive sales process.

“In this profession it is important to develop constantly and to move with the times. That is why Ferenc Ács is constantly looking to innovate,” says Rexfilm Project Director, Gábor Csapó. “Lawo was chosen because of the company’s redundancy concept, the functionality of the mc²56 and the attractive price.” 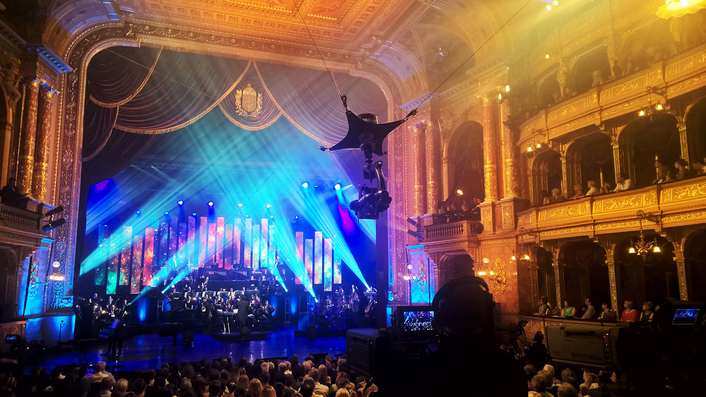 “When the purchase of the cameras was complete, the question of the sound system was addressed. After long and thorough consideration, a 48-channel (16-16-16) mc256 with one DSP board supporting 96 audio channels and offering 5.1-channel mixing was chosen to handle the audio,” Csapó says.

“ÁSZ Bt chose Lawo because – in this part of Europe, where we live and work, and even more so in the Western countries – major broadcasters that take this service very seriously mostly use Lawo consoles. It makes it easier for us to expand our services to the international market, because Lawo is widely accepted and the chances of finding a good professional, who knows the console, are higher, explains Ferenc Ács.

“Our focus when building and equipping the OB5 was to make it qualified to work on international events,” he continues. “The reliability of the sound and intercom systems is crucial – the Lawo mc256 with three DSP panels and three Stageboxes, and additional Lawo V__pro8 processors, combined with Riedel intercom solutions, is a system that gives us great flexibility for different setups. I believe that with this system, and with the support of Lawo, we will be able to meet expectations – and that is a very reassuring feeling. We want our customers to have the same sense of stability when they work with us.” 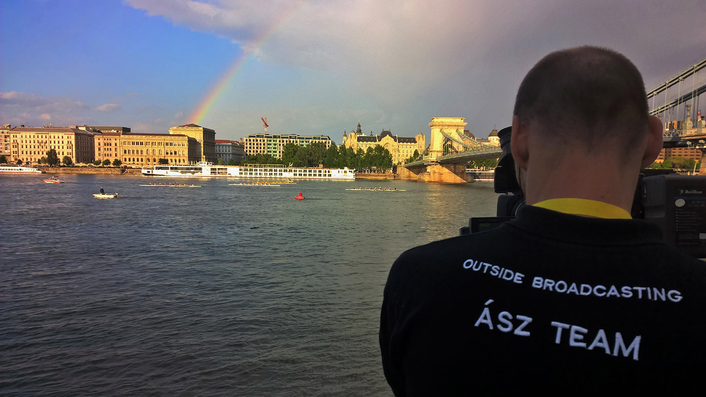 The first – and very high profile – use of the OB van was for coverage of the Judo Grand Prix from the Papp László Budapest Sportaréna. Since then, ÁSZ Bt has put the truck and its audio abilities to the test in a series of minor and major productions. Among these was recording the American rock opera, “Rocktopia” at the Hungarian State Opera House. For this production, OB5’s CableCam systems 3D (similar to a Spidercam) was used in conjunction with a surround mix, and delivered spectacular production. Currently, OB5 is working on further sports events and music concerts.

“From the alternatives we considered, the Lawo systems were not the cheapest options, but taking into consideration the many advantages and benefits offered, I chose Lawo. I believe the coming years will prove me right,” Csapó concludes. “We are proud that, despite the competition and the slightly higher expense, Ferenc chose Lawo and Rexfilm.”