As part of an extensive upgrade of its OB fleet, NEP Australia has placed its trust in Lawo audio and video solutions. With the commissioning of four identical live production units (HD11, HD12, HD13 and HD 14), NEP Australia is consolidating its position as the leading broadcasting provider on the Australian continent, offering 4K OB Vans with a capacity, unmatched by any other outside production company to date. System integration of the new OBs was managed by NEP Australia’s own System Integration team with supply of various equipment from Lawo’s exclusive partner, Professional Audio & Television (PAT).

All four OB Vans share the same size and technical specifications and rely on Lawo’s VSM Broadcast Control and Monitoring system for their overall control. On the audio side, each truck is equipped with a 64-fader Lawo mc256 audio mixing console plus a Lawo audio core.

NEP Australia has adopted the Sony solutions across its OB fleet, implementing Sony HDC-4300 cameras and Sony MVS/XVS-8000X Vision Mixers. Each unit can operate with up to 28 cameras and provides enough space to accommodate 34 staff. 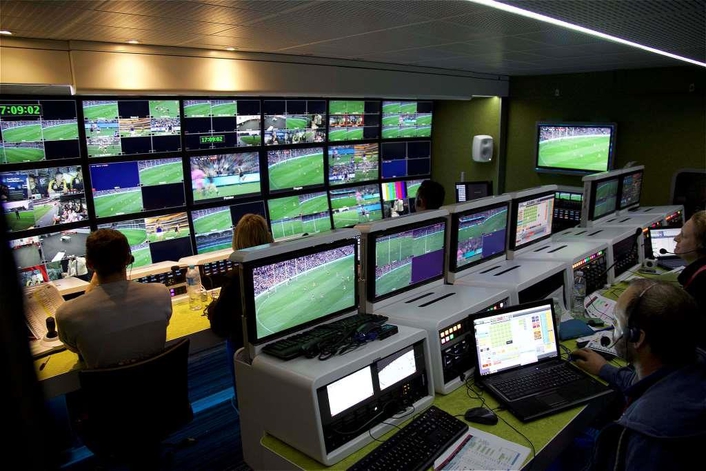 With the VSM system, NEP benefits greatly from an overall control and monitoring approach – this takes care of routing in the Imagine IP3 hybrid video/audio router and Imagine SX Pro Multiviewer, as well as 10 EVS XT3 units. VSM also serves as the main Tally system and delivers the dynamic UMDs. A sophisticated KVM system is key to successful operation in such a large OB Van. Again VSM integrates with the IHSE KVM Draco Tera system. With the VSM in use, operators are able to pre-configure workflows and settings in advance of a production, and have the ability to save and restore them for recurring productions and share them between all four OB Vans – this is key to reducing setup times and remaining ahead of competing broadcast providers. 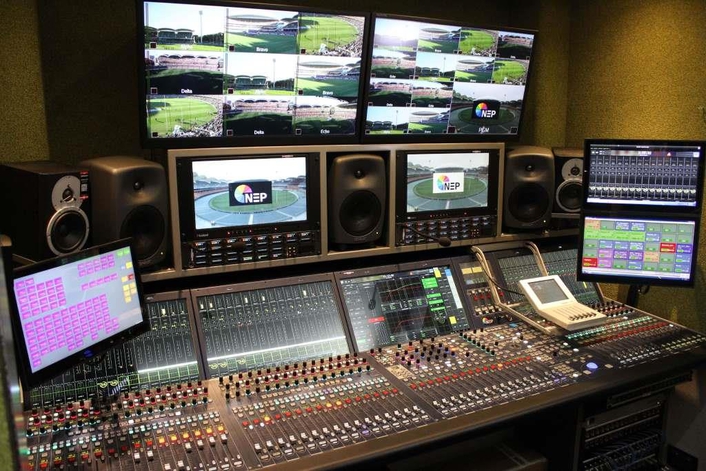 Each OB Van’s audio section is centered on a Lawo mc256 audio console and an audio core with eight DSP cards and five stageboxes connected via fiber using MADI. The Lawo mc²56 console and VSM work closely together, enabling VSM to have direct parameter control over the audio system. 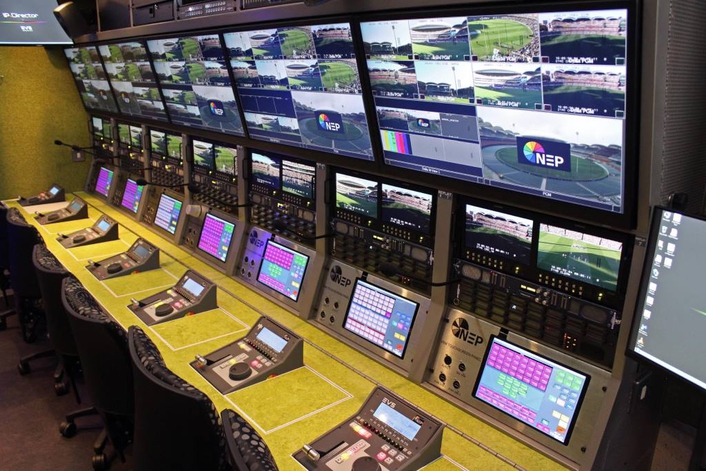 Milan Milenkovic, NEP Australia Project Director, on the use of Lawo equipment: “Since introducing the first Lawo audio console into Australia back in 2006, we have been pioneers of new technologies. In this time, Lawo audio consoles have become the broadcast standard in Australia and currently the best solution in the market for such an application, there was no hesitation on NEP Australia’s part in opting for the Lawo approach.” 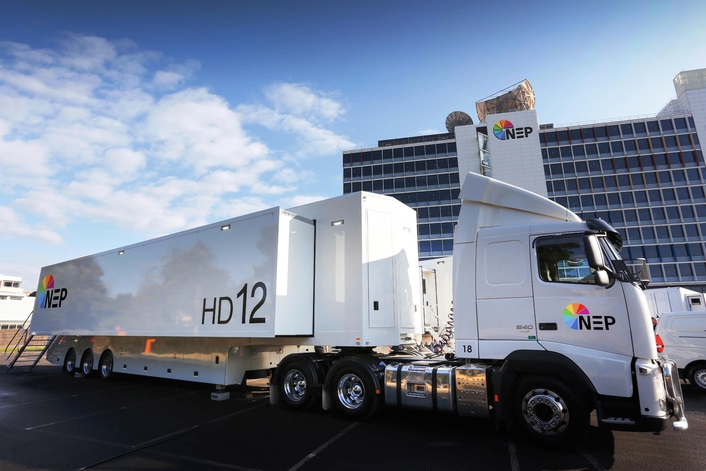 The large OB vans will be handling production for major live sports and concert events. HD11 and HD12 are already on air, with HD13 and HD14 coming into service early next year in time for the 2017 AFL (Australian Football League) and NRL (National Rugby League) seasons.