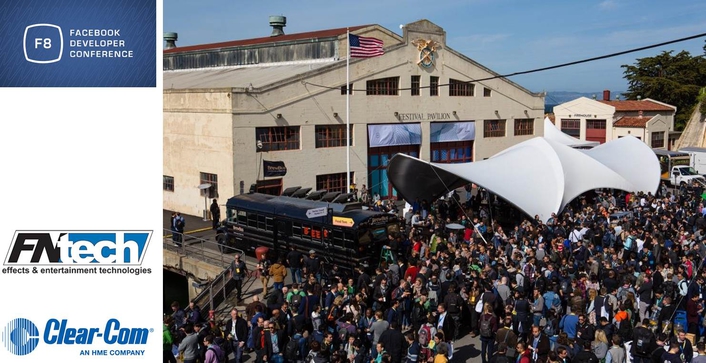 Held on April 12-13, 2016, the event was widely broadcasted to Facebook applications developers worldwide. The two-day F8 conference was produced across six separate TV studio-style theater locations situated in different buildings. Switching between these studios live required an extensive and reliable intercom system, plus the ability to create custom talk groups as required to coordinate the multi-room broadcast and link it to a nearby satellite truck.

“This is the third year we have produced the Facebook developers conference,” said Jeremy Muir, FNTECH’s CEO. “To keep up with the growing complexity of this event, we invested heavily in cutting-edge Clear-Com intercoms this year. When it came time to prepare for F8, we worked closely with Kari Eythorsson, Clear-Com’s Southwest USA Regional Sales Manager, to map out which mix of wired and wireless equipment would work best for us.”

In order for the production and event crews to communicate seamlessly during the conference, FNTECH deployed an Eclipse HX digital matrix intercom to connect all six theaters over an IP backbone. “Within this network, we created a ‘global’ partyline for all directors to communicate using eight wired V-Series rotary keypanels, as well as providing point-to-point paths for the Master Control Video Director to communicate with each location individually,” said Jon Johannsen, FNTECH’s Intercom Technician. “This intercom network had an Eclipse HX-Delta frame and integrated FreeSpeak II wireless solution comprising a 10-antenna scheme to support 17 wireless beltpacks, in order to provide complete wireless intercom coverage throughout the multiple buildings used for the show at the Fort Mason campus.” FNTECH also used the FreeSpeak II systems to connect a director with two roaming ENG camera crews who moved between the theaters. 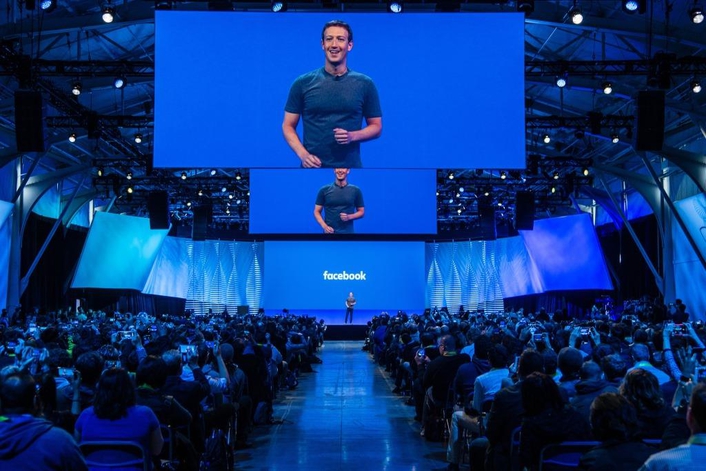 In addition, the FreeSpeak II and HelixNet systems performed in tandem to serve as the partyline system for producing the keynote speech by Facebook Founder and CEO Mark Zuckerberg. A total of 12 four-wire and two-wire interface paths into the HelixNet ensured that there were sufficient paths for both partyline and point-to-point routing between the Clear-Com wired and wireless intercom systems.

“FreeSpeak II’s reliable, complete wireless coverage of the entire venue allowed our producers to roam freely throughout the event communicating easily with each other and the keynote from any location,” said Johannsen. “A pair of LQ IP was also tied into the Delta frame to distribute the ‘global’ partyline to the satellite uplink truck.”

Despite the demands of coordinating the F8 conference’s six broadcast origination theaters, the Clear-Com intercoms performed without a hitch. “Guaranteed reliability was particularly important to us, given that we didn’t have time to perform a ‘dry run’ of the intercoms before the conference began,” added Muir. “We needed them to work flawlessly, which is what they did.”

“F8 had a relatively complex setup given the live broadcast component across multiple locations,” said Kari Eythorsson. “Working closely with the FNTECH’s technical team beforehand allowed us to understand the demands of their client and hence their communication challenges this year. We were very happy to support them in this process and pleased that FNTECH had another successful F8 event in the end.”