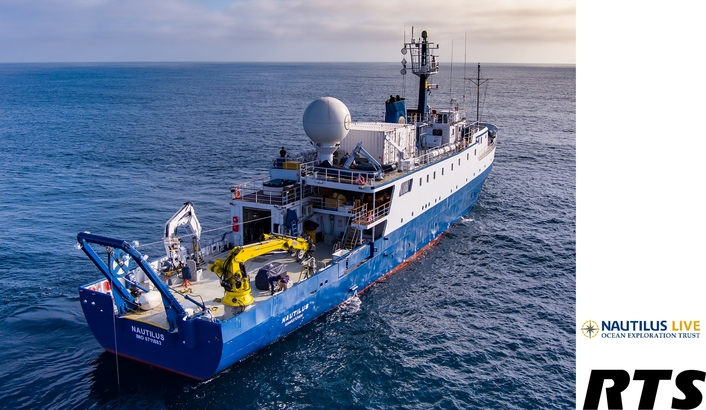 Established by Dr. Bob Ballard in 2008, the Ocean Exploration Trust (OET) is a nonprofit dedicated to studying the world’s oceans, acting as the eyes and ears of researchers and observers globally. OET operates the 68-meter exploration vessel Nautilus and its two remotely operated vehicles (ROVs), Hercules and Argus, used for exploring the ocean floor.

The Nautilus hosts a wide range of scientists, educators and students onboard, and shares its explorations with a global audience via three HD video livestreams of its activities on its Nautilus Live website. Uniquely, all audio for the livestreams (as well as ship operations) is provided via RTS intercom systems. 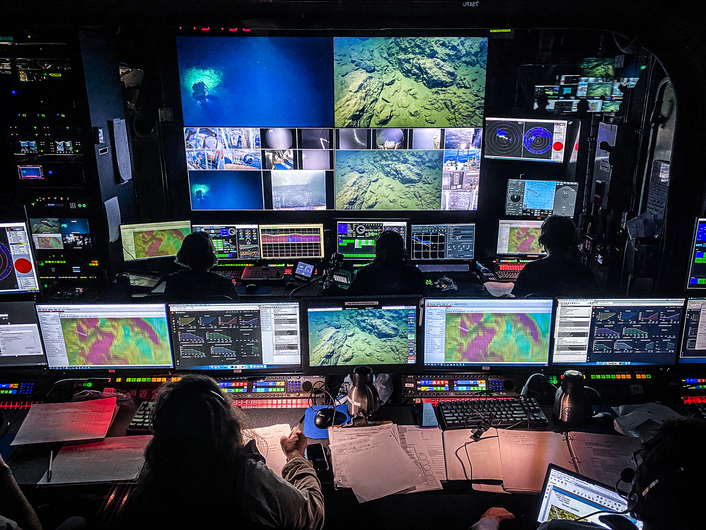 The onboard control center consists of three connected shipping containers housing a fully functional 4K television station. The Nautilus uses two 16-port ODIN digital matrices and a Trunkmaster server to connect the ODINs via 24 KP-5032 and KP-4016 keypanels around the ship; in addition, one ROAMEO wireless access point with two TR-1800 beltpacks and eight licensed channels of RTS VLink virtual intercoms are in use to connect and collaborate with researchers around the world. Audio and video for the livestreams are operated by the onboard video engineer, then transmitted to the OET website via the ship’s attitude-stabilized satellite link.

With a full career in television and postproduction, OET Senior Video Engineer Dave Robertson helped to specify and update the system. “I have a long history of design, installation and operation of video media systems, including satellite links, comms and IP video,” he explains. “That was a perfect fit for OET’s vision of real-time cooperation between the Nautilus and scientists around the world.” 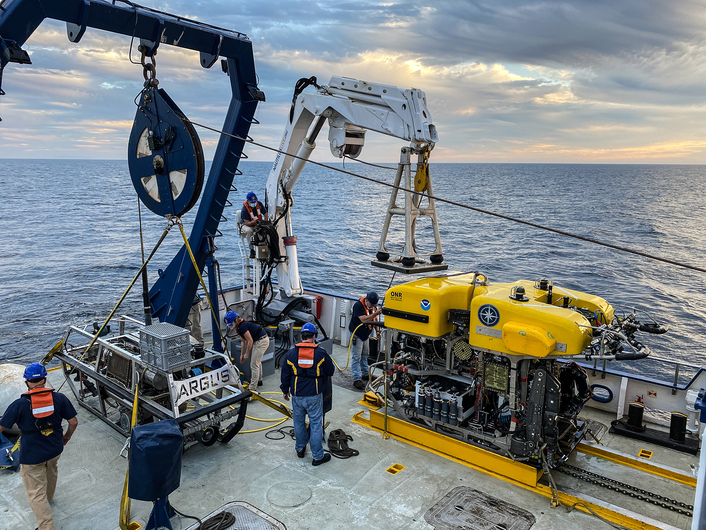 It was Robertson and the OET team who expanded the idea of using audio intercom to include simultaneous interaction with researchers on shore. This is done via RTS VLink software, an IP-based solution that ties in seamlessly to the ODIN systems used on board. “What makes this application unique is our ability to aggregate research audio into a partyline and send it out as part of our live satellite video streams,” notes Robertson. “Considering that we’re totally isolated out on the ocean, it’s pretty remarkable.”

Using VLink, literally any researcher can be part of the exploration team via their own devices. VLink ports are pulled into the master RTS comm system, with access and routing handled onboard. This enables full telepresence for scientists on shore, going beyond observation and commentary, extending to such activities as real-time piloting of ROVs on the ocean floor. 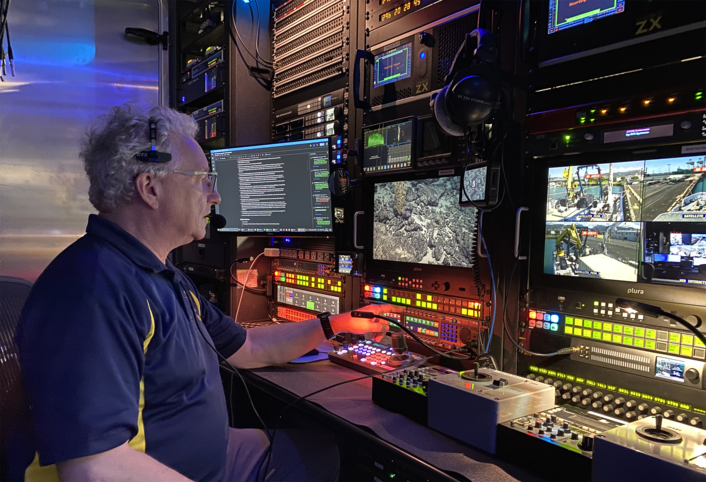 Those explorations are often narrated as they unfold, enabling scientific and educational institutions – as well as the general public – to observe the new worlds constantly being revealed by the ROV dives. Between ROV deployments, the livestream may show scientists processing samples or other activities.

Having used them since about 1980, Dave Robertson appreciates how RTS intercoms have always embraced new technology while maintaining compatibility with its older systems – extending their utility value and return on investment. “Even the ODIN, which is state-of-the-art IP technology, still has ports that will talk to legacy systems including analog two-wire systems,” he adds.

Working with a wide range of governmental, educational, and private sponsors, the Ocean Exploration Trust is well equipped to carry out its scientific missions, aided in no small part by the RTS intercom systems that deliver audio concurrently to a global community of virtual explorers, students and researchers.