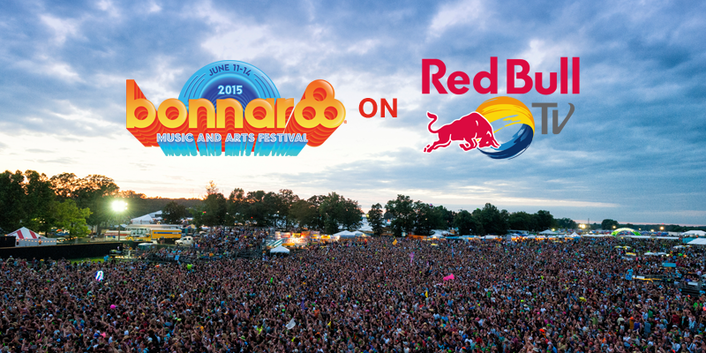 best moments and performances available on demand on redbull.tv/bonnaroo
The Bonnaroo 2015 Music & Arts Festival came to a jubilant end under the starry skies of Manchester, Tennessee. Video highlights and performances from artists including Billy Joel, Mumford & Sons, My Morning Jacket, Alabama Shakes, Kendrick Lamar, D’Angelo & The Vanguard, Deadmau5, Twenty One Pilots and more are available to watch on redbull.tv/Bonnaroo.

This year, the 4-day Bonnaroo festival was broadcasted live on Red Bull TV. Fans who tuned in have already seen acts like the stadium-folk rockers Mumford & Sons bring out Hozier, The War on Drugs, My Morning Jacket, and photographer Danny Clinch for an incredible finale. They saw Kendrick Lamar and Chance the Rapper join Earth, Wind & Fire for a beautiful cross-generational moment. Along with that the debut of deamau5’s brand new “Terrordome” stage setup. They saw Jamie xx spin vinyl. They saw one of the most beloved traditions at Bonnaroo, the SuperJam! Saturday night’s Superjam! theme was Throwback SuperJam Dance Party with one-off performances like Jack Antonoff singing “Dancing in the Dark” and “Psycho Killer,” Zach Galifanakis and Jon Hamm doing “We Are The World,” and DMC of Run DMC leading a rap-a-long of “King of Rock” and “It’s Tricky.” 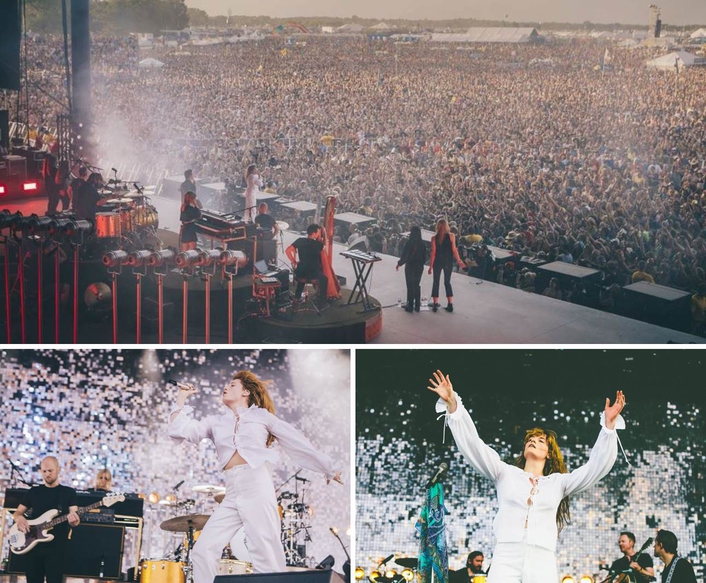 Florence And The Machine

Living legends Billy Joel and Robert Plant & The Sensational Space Shifters closed out the festival livestream Sunday night, ripping through classics. These moments and many more are available as video on demand on redbull.tv/bonnaroo

Myriad PlatformsUnder a three-year deal with Superfly, Red Bull Media House co-produced the global live stream for the 2015 festival and curated video-on-demand content. The show was live-streamed across Red Bull TV and its Android, iOS, and Windows Phone applications, as well as online syndication partners, including Entertainment Weekly and People.

More than 30 cameras, including six robotic units, were deployed, capturing “atmosphere” from around the grounds, plus performances from five stages, says Kimball. “It’s not going to be a handheld camera bought from Best Buy when you’re filming Paul McCartney,” he says, referring to the rock legend’s 2013 ’Roo performance. Kimball notes that artists’ directors were routinely found in NEP trucks during the 2015 event.

With shooting taking place for 12 hours over each of four days across five stages, more than 240 hours of concert footage was captured.

“We’re excited to partner with Red Bull Media House to create a rich digital destination that extends the Bonnaroo experience beyond the festival grounds,” says Superfly co-founder Jonathan Mayers, a co-creator of Bonnaroo. “Through the Red Bull TV live stream, we’re able to connect with our global community of fans across more platforms than ever to ensure that they’re a part of the festival experience from anywhere in the world.”

Bonnaroo first hit Tennessee all the way back in 2002, picking up where the late ‘90s live music boom left off. The festival offered a huge slew of jam bands, bookended by Old Crowe Medicine, Show, Widespread Panic, and the John Butler Trio, all out in a 750-acre farm. It was a massive success, selling 70,000 tickets in two weeks without any traditional advertising. Rolling Stone would name the festival one of “the 50 moments that changed rock ‘n roll,” calling it the ultimate over-the-top summer festival experience. The term Bonnaroo comes from an old Dr. John album, Desitively Bonnaroo. It’s a portmanteau of the French words “bon,” meaning good, and “rue,” meaning street, and together it roughly translates to “a really good time.” 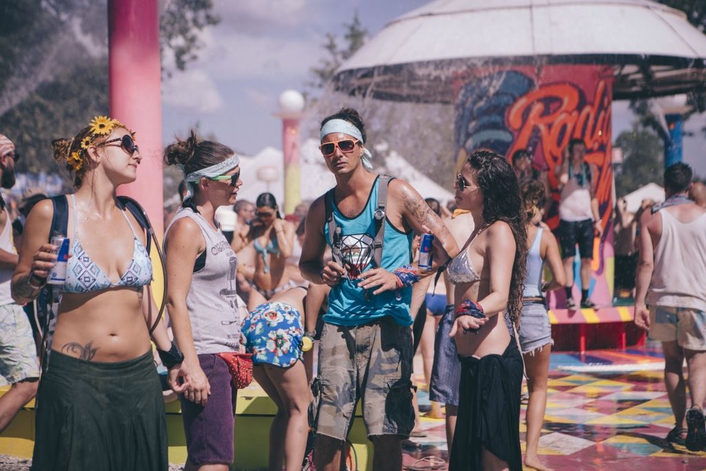 By 2004, the festival was consistently moving anywhere from 80,000 to 100,000 tickets each year. In 2006 the festival made the jump to the massive four-day lineup we all know today, and by 2007 Bonnaroo fully transcended its jam band roots, welcoming in acts as diverse as Jay-Z, Paul McCartney, Skrillex, The Roots and the Alabama Shakes. Bonnaroo has also made its name as one of the most environmentally conscious events in live music, refilling beer cups and water bottles, and diverting tons of trash through conscious recycling.

About Bonnaroo
Held on a sprawling 700 acre farm in Manchester, Tennessee, Bonnaroo Music and Arts Festival is a four-day immersive experience, celebrating the best in live music entertainment from timeless legends to emerging artists in rock, hip hop, electronic, jazz and Americana.  Since 2002, Bonnaroo has been a staple of the American music festival scene, bringing together hundreds of thousands of attendees in a one of a kind camping environment, to experience more than 100 artists performs across multiple stages.  In addition to live music, Bonnaroo features a curated variety of experiences including a 24-hour cinema, comedy club, beer festival, theater performers, classic arcade and more.  Co-founded by Superfly and AC Entertainment, Bonnaroo is a once in a lifetime experience that happens every June.