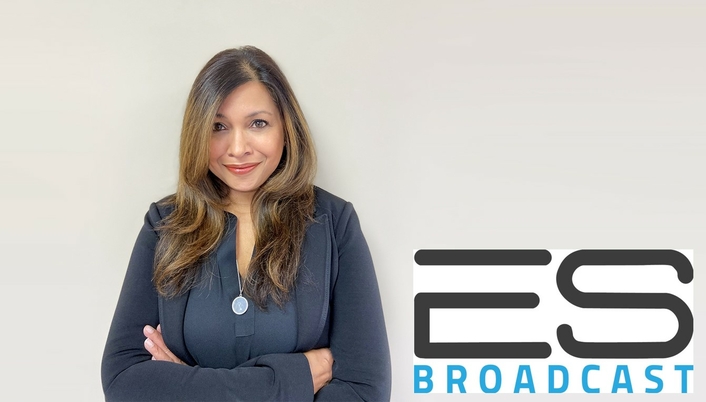 Leading broadcast reseller and systems integrator ES Broadcast has further expanded its sales and SI operation in the USA with the appointment of Ryhaan Williams as Senior Vice-President for the North American market.

Williams brings with her some 25 years’ experience in the broadcast and production industries, with a wealth of knowledge of working with live sports, outside broadcast and studios. Her resume boasts market-leading clients including major US TV networks, sports bodies and franchises, venues and OB providers.

In her most recent role, Williams was part of a team responsible for delivering cutting edge broadcast solutions to media and entertainment, pro AV and IT clients, including implementing a SMPTE 2110 IP system at one of America’s premier sports and entertainment venues.

She can also call on the experience gained in her early career in several hands-on operations, production and technical management roles.

The appointment of Williams augments ES Broadcast’s service offering in the US and Canada, following the opening of a broadcast rental office in Orlando, Florida, in February 2019.

Explaining the reasoning behind Williams’ recruitment, ES Broadcast Managing Director Ben Murphy said: “We already have a strong foothold in the north American market across our sales, SI and hire operations. Recruiting a senior representative based in the region was something we saw as key to the ongoing growth we believe we can achieve.

“Ryhaan’s understanding of the industry, technical knowledge and proven track record of increasing market share make her the perfect appointment both to continue growing our client base and to offer our existing North American clients a dedicated account manager based in the region.”

Williams herself added: “I’m extremely excited to join a company that has firmly established itself as a market leader in the UK and Europe and which understands how best to apply its technical resources, engineering capabilities and partner relationships to serve the needs of the US market.

“I’m looking forward to recruiting a team here in the US which can deliver the same level of service and expertise that have defined ES Broadcast’s success so far.”

ES Broadcast has also increased the head count at its Watford headquarters with the recent addition of HR Manager Naomi Kenny and Branding and Marketing Executive Jamie Smith.

The company is an international reseller of both new and used professional broadcast and production equipment, and is an approved dealer for Sony, Grass Valley, Ross, Canon, Fujinon, Panasonic, EVS, NewTek, JVC and many other leading manufacturers.

The company’s rental arm, ES Broadcast Hire, is a leading provider of live production equipment for hire, with a product portfolio that boasts the largest rental fleet of Sony HDC-4300 4K broadcast cameras in Europe, amongst market-leading equipment from manufacturers including Sony, Grass Valley, Panasonic, Canon, Fujinon, Tektronix and Vinten.

ES Broadcast also specialises in the procurement and sale of used Outside Broadcast vehicles, and has sourced around 30 OB trucks for the UK and European broadcast industry since 2012.