At the upcoming NAB Show, FOR-A will debut several advances to its popular video switcher line. A 3 M/E version of the HVS-2000 switcher will make its NAB debut, and FOR-A will showcase the option to interface its switchers with the Thunderbolt 2 expansion card to create a powerful character generator and virtual studio system. FOR-A will exhibit in Booth C5117 during the show, to be held April 16-19 in Las Vegas.

Building on the success of the HVS-2000 2 M/E switcher, FOR-A will introduce a 3 M/E option card of the unit. With its easy-to-use control panel, the HVS-2000 switcher now offers 3 M/E capability, a 4K 3D DVE card expansion card, and a 2SI software option, which enables switching with less delay than SQD systems. Offering the capabilities of a 7 M/E system, the HVS-2000 is ideal for a wide array of production environments and is well suited for 4K productions. 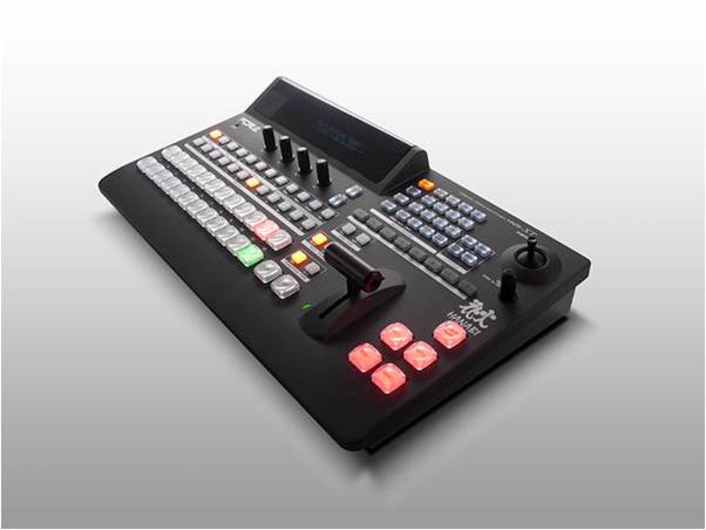 The switcher offers numerous unique features, including MELite™, which allows a traditional AUX bus to transform into a functional Mix Effects with cuts, mix, wipes, keys, and DVE including full preview. MELite is the building block for more powerful, yet easy-to-use features of the HVS-2000, such as upstream and downstream transition effects.
Another unique function of the HVS-2000 is FLEXaKEY™, which allows operators to add, move, and multiply key and DVE layers to traditional M/E or MELite resources.

The HVS-2000 switcher allows up to 48 inputs/18 outputs, and offers a 4K DVE expansion card that allows 3D DVEs in 4K mode. The FOR-A unit offers a first of its kind with its 2SI software option, making it the world’s first 2SI 3D DVE capable video switcher. The new version of the HVS-2000 is particularly useful for users who desire flexibility in their switching in a feature-packed, cost-efficient unit.

FOR-A will also showcase the new ability of its HVS-100/110 portable video switcher to accept HVS-100TB2 Thunderbolt 2 I/O expansion cards, which allows users to transfer video content with a single cable through computers and interface with other devices, such as character generators, virtual studios. One cable allows transmission of 4 HD or 1 4K (UHD) signal lines.

Throughout FOR-A’s NAB booth, the HVS-2000 will be showcased as the core system of each of the company’s solutions-based exhibition areas – including sports, live production and 4K specific areas. Each area will highlight how the HVS-2000 switcher integrates with FOR-A’s other equipment - including graphic solutions, routing switchers, multi-viewers, signal processors and color correctors - to create a complete video production system. Additionally, the HVS-2000 switcher’s compatibility with GearLink™ integrated control software will be showcased in the sports solution area of FOR-A’s NAB booth. Also compatible with the HVS-100/110 video switcher, GearLink gives switcher operators complete system control from a single screen.