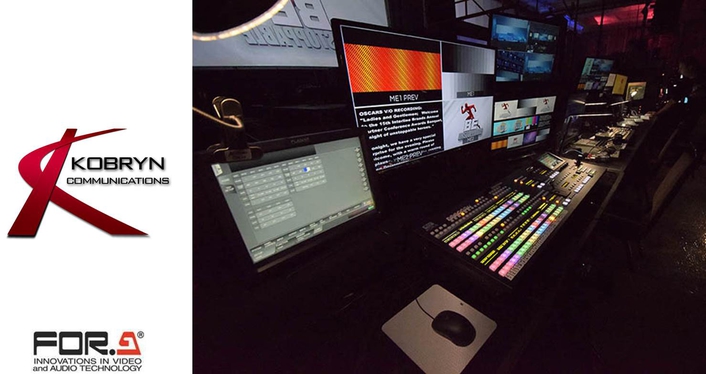 The HVS-2000-equipped system was first put through its paces during a production in August, and KCI has been relying on the unit for productions ever since.
“The switcher’s MELite capability lets us customize the system based on each show’s individual needs,” said John Kobryn, president of Kobryn Communications. “The unit’s event and macro features make it easy and fast to configure the switcher for each event, and the 1080p/3G support of the HVS-2000 means we can get our signals to screen in their original resolution.”

Kobryn explains, “We relied on the HVS-2000’s MELite functions for flexible switching along with FOR-A’s HVS-390HS switcher auxiliary panel for the camera record switch. We also used the unit’s AUX outputs to feed the screens and created numerous macros so that we could quickly switch the screen looks and sources for particular cues during the show.” 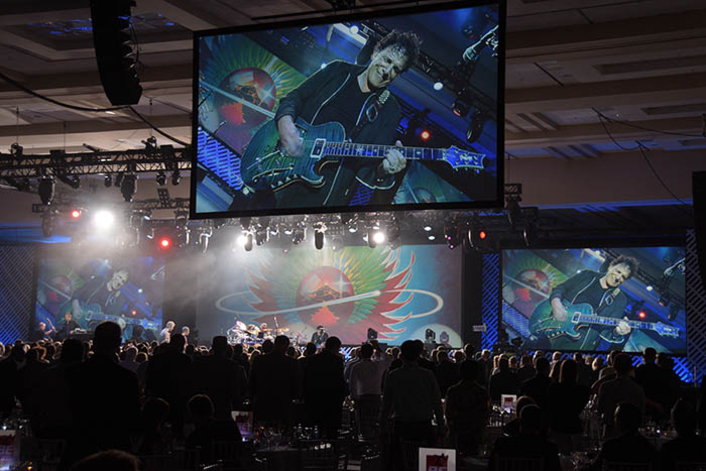 KCI’s most recent production with the HVS-2000-equipped flypack was the AIGA Design Conference, held in New Orleans earlier this month. The show had five screens – three dedicated to graphics, pre-produced videos, and live social media feeds, and two for image magnification. The entire signal flow of the production was in 1080p/3G through the system from source to screen. Conference video has also been posted to the AIGA website for post-event viewing.

“FOR-A’s switcher has been performing exactly how we wanted it to. We couldn’t be happier in our decision to purchase the HVS-2000,” said Kobryn.