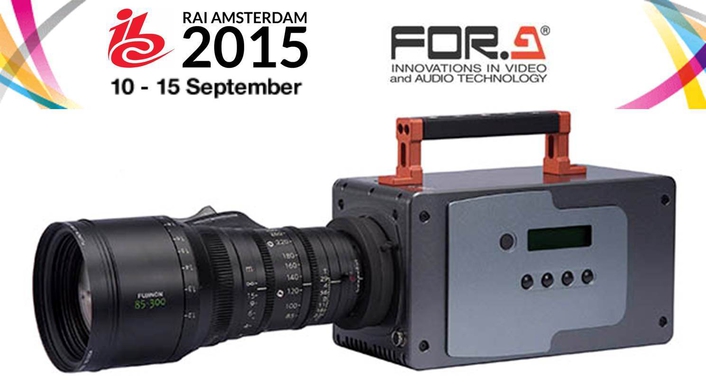 At the upcoming IBC Show, FOR-A will showcase a variety of video production solutions, including its new FT-ONE-S compact 4K high speed camera, the company’s popular line of vision mixers, including a new control panel for the HVS-2000 unit, as well as its new multi-channel studio server - the Insight Server. FOR-A will exhibit in Hall 2, Stand A51 during the show, which takes place September 11-15 at the RAI Amsterdam.

Making its IBC debut will be the FT-ONE-S – the newest version of the company’s 4K variable frame rate camera. The FT-ONE-S is smaller and lighter than FT-ONE, the flagship model of the camera, and allows operators to separate the camera head from the body, enabling unprecedented shooting positions and angles for sports production and other live events. The camera links operators optically and via an intercom system, so that users can shoot from the field with up to one km distance between the unit and base station. The unit can capture up to 360 frames per second (fps). The ZE-ONE 4K extraction system will also be shown in FOR-A’s booth, as well as the FT-ONE-OPT 4K high-speed camera.

Another highlight of the FOR-A IBC booth is the HVS-2000 vision mixer, which is being introduced with a 3-row control panel for the first time. The versatile, cost-efficient unit provides up to 48 inputs and 23 outputs, 12 DVEs, 12 keyers and 4 multi-viewers, and can be used for SD, HD, 3G and 4K productions. Well suited for a wide variety of applications, including OB truck, live event, television studio, house of worship, and educational settings, the HVS-2000 includes groundbreaking technologies that set it apart from other vision mixers in its class.

Other vision mixers that FOR-A will show in its booth include the HVS-390HS 1-2.5 M/E unit, as well as the HVS-100 and HVS-110 portable vision mixers. FOR-A will also showcase its HVS-100 unit and Brainstorm software with Thunderbolt2 interface, which allows users to interface HVS switchers with other devices such as character generators, virtual studios and/or file-based/IP products.

Making its IBC debut is the Insight multi-channel video server, which offers a wide range of supported wrappers and codecs. Designed for studio and OB van environments, the systems supports up to four SD or HD channels, and can be configured as a single 4K channel. Insight has a full web interface that allows control of the server from any device, and the system’s flexible event processor allows operators to connect to multiple devices and interact with other studio equipment for file sharing, event synchronization, and streaming. 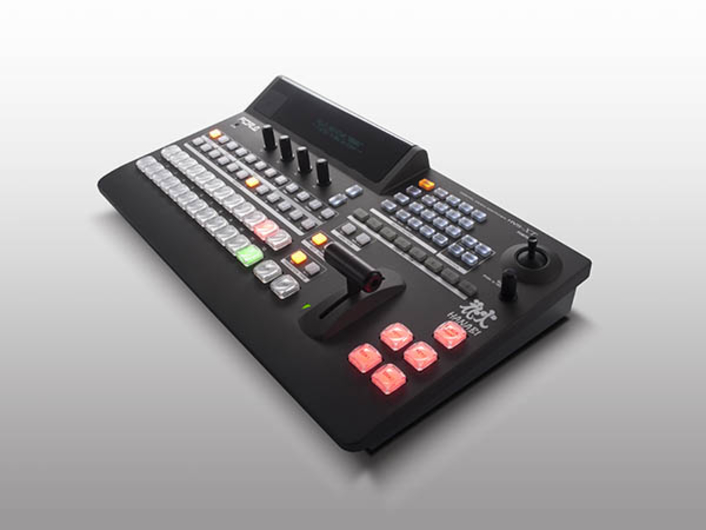 Other equipment highlights of FOR-A’s IBC booth will be the company’s LTO tape archiving recorders: the LTR-200HS6, LTR-100HS6 with MAM software, and the LTS-60 with MAM software for small scale archiving applications. FOR-A’s MFR-3000 64x64 and MFR-5000 128x128 routing switchers will also be demonstrated. On the signal processing front, the FA-1010 10-channel audio/video processor and FA-505 5-channel unit will be on hand. FOR-A’s URC-4000 real-time HD to 4K up-converter will also be demonstrated, as well as the BB-400 four channel file-based video server.