Having started Carey Sound over 40 years ago in North Carolina, Ken Carey has built his business in step with the evolution of concert PA systems. He has seen the progression from home-made to manufactured loudspeakers, from point source to line arrays to today’s fully networked systems. For his company’s latest flagship system, Ken spent a year auditioning options, doing research, and listening to demos and shootouts. In the end, Carey Sound selected the Electro-Voice X-Line Advance X1 line array with DSP amplifiers from Dynacord.

“My son John and I listened to at least 10 brands before making a decision, at trade shows, demos and shootouts,” notes Carey. “We heard the EV systems at a demo in Nashville. The X1 just had that sonic magic we had been looking for. It was everything we’d been missing.”

Carey Sound then began a three-phase acquisition process for an X-Line Advance system, starting with 18 X1-212/90 tops and 12 X12-128 subwoofers. Phase two was power, with the purchase of six of the new Dynacord TGX20 DSP amplifiers. All system elements are networked through the amps, providing centralized Dante-based monitoring and control via Dynacord’s new SONICUE software. Phase three will involve additional loudspeakers. 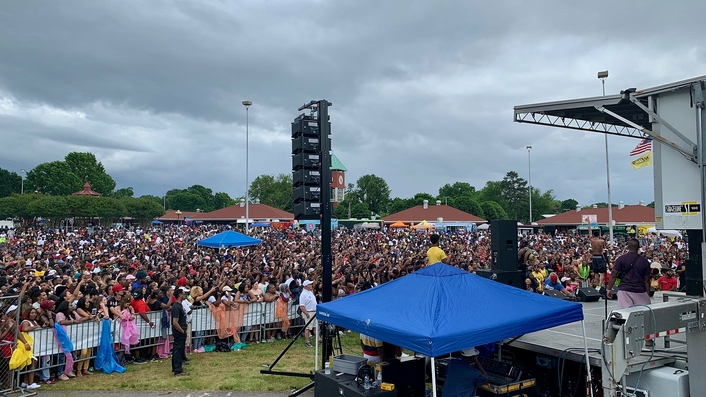 “When these Dynacord amps came out, we were amazed at the value,” notes Carey. “They come preconfigured in a very cool rolling rack with pocket doors, each with three TGX20 amps, plus power distro and I/O panels, all ready to plug in cables and go. With just two small racks, we’ve got 120,000 watts and 24 output channels, plus full system control. A beautiful example of German engineering.” 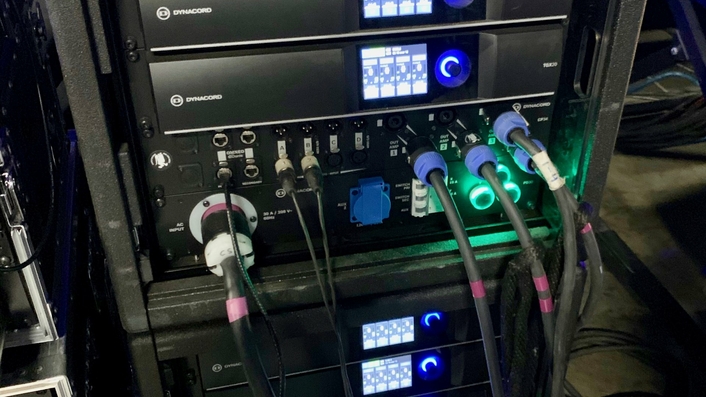 One thing Carey appreciates is the flexibility of X-Line Advance. “We need our system to sound good across a wide range of musical styles,” he explains. “One day, we might do a pumping rock or rap show, and this system delivers everything our clients could ask for. But for a gig like the Chantilly Bluegrass Festival, we need a very musical system. For that, we used nine boxes in full-range mode, rather than bi-amping, with only one sub per side. The sound was just beautiful. Frankly, there aren’t a lot of systems that can excel in all those situations. The X1 truly does.”

The system utilizes multiple proprietary Electro-Voice and Dynacord technologies for system optimization, protection and efficiency. These include

FIR-Drive, which employs the latest Finite Impulse Response (FIR) filter technology to optimize transducer linearity for precise, balanced sonic output. Advanced limiter algorithms offer independent peak and thermal transducer protection, for consistently superior – and safer – system performance, even under the most demanding conditions. This even distribution of energy across all frequencies combines with state-of-the-art power management to result in exceptional headroom with remarkable fidelity. 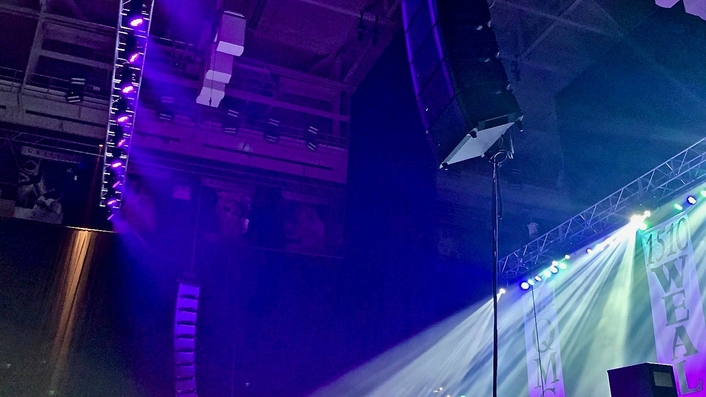 “The sound of this system is, to me, just amazing,” says Carey. “The definition and clarity is so musical, it’s just gorgeous – especially the mid-range detail. And to think that they did that with essentially a compact two-way box with the X1 is nothing short of extraordinary.”

Carey also appreciates the Electro-Voice and Dynacord system approach: “If you want something to perform well and be repeatable, you can’t do that with a mix of amps and processors from various companies. X-Line Advance components all work together from input to output, so you’ve got everything working the way it was designed and engineered. It really does make a difference.”

For the third phase of their commitment to X-Line Advance, Carey Sound will be adding six more X1-212 tops, augmenting their 90° boxes with six of the 120° version. Six more X12-128 dual-18” subs will complete the system. 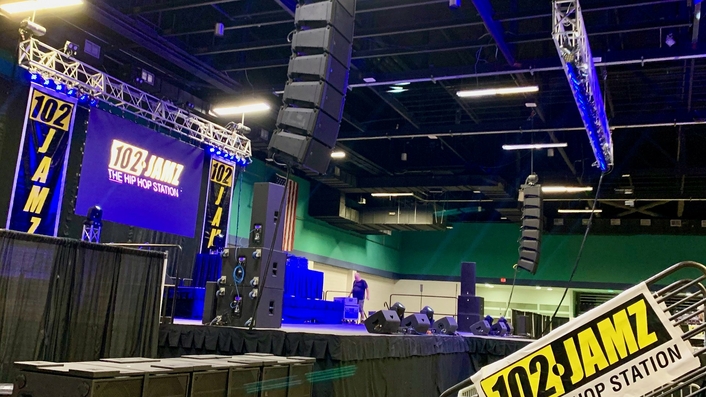 “For a regional sound company like ours, a lot goes into the purchase of a new system,” notes Carey. “Obviously, the sound itself is the biggest thing. We also have to look at things like reliability, the engineering behind the system and cost. But the reality is, we wanted a system that would make us happy, something we knew we would love for years to come. And X-Line Advance is that system.”