BroaMan's Immersive Stand Turns IBC2015 Into The Best Show Ever 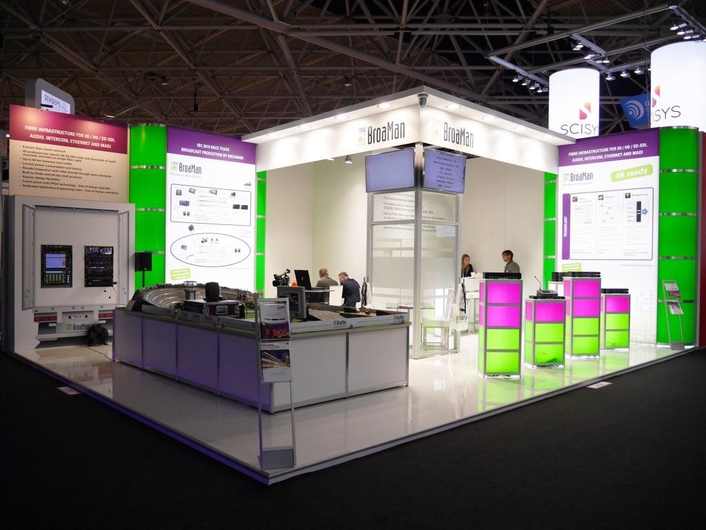 BroaMan — along with sister company Optocore — has become known as much for its hospitality as for its solution-driven optical network technology.

This was no better exemplified than at the recent IBC2015 in Amsterdam where BroaMan’s eye-catching wall display featured two Mux22 devices, interconnected via a Route66 Matrix placed in the BroaMan Truck. On the other hand, the presence of the Carrera Four Slot Race Track offered light relief, to accompany the light refreshments constantly being served up by the accommodating hostesses.

This ensured a permanent flow of visitors to the stand, causing BroaMan MD Tine Helmle to declare that this had been the company’s most successful trade fair ever.

As for the Race Track, this was an example of an application using a BroaMan stage rack connected with an OB Van — printed as a picture on the wall of the stand but equipped as in real life. 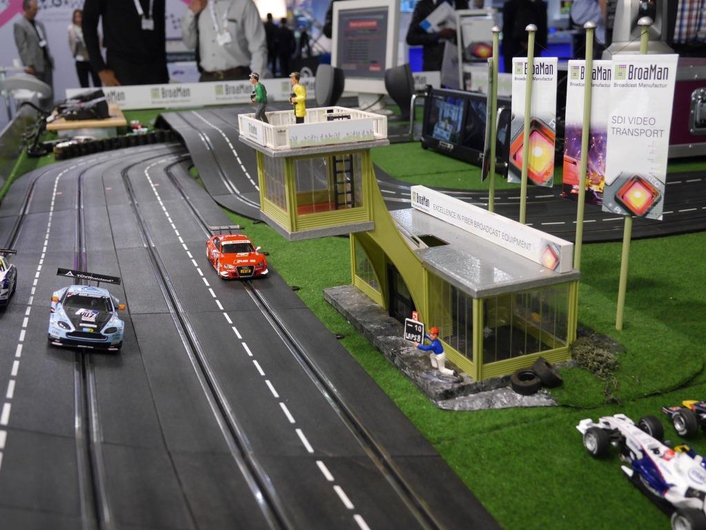 Maciek in particular pinpointed the popularity of the eye-catching wall and the BroaMan truck, to show video routing. He explained the construct: “Each of the Mux22s was equipped with a Clear-Com board to transport intercom data and audio, with four SDI inputs and outputs, and a fibre optic tunnel for third party optical devices.

“Two PTZ cameras were connected on the track and controlled over Ethernet from the OB Van with a Sony camera also in use. The fibre optic tunnel transported DiGiCo Optocore for Mic Preamps and Line Output control, and all signals were interconnected between the two locations by one duplex singlemode fibre (up to 10km in length).”

“The car race track was a huge success, but the real feature was the ‘truck’ wall, with the BroaMan and Optocore devices plus ClearCom Intercom and RTS InterCom matrix built in. Visitors loved it. “