Avolites gets festive on Oxford Street for NSPCC Little Stars

Avolites has powered lighting for a one-off star-studded concert at the official switch-on of Oxford Street's Christmas lights, where charity partner for the 2016 display the NSPCC hosted a 'Children's VIP day' to celebrate the launch of its festive fundraising campaign 'Little Stars'.

Oxford Street was completely closed to traffic between 9:30am and 8:30pm for the well-attended event, produced by London-based production company Wilde Ones. Pop rockers The Vamps and X Factor 2015-winner Louisa Johnson took to the stage, with lighting designer Paul de Villiers choosing an Avolites Titan Mobile and Titan Mobile Wing to control his super bright and twinkly design. 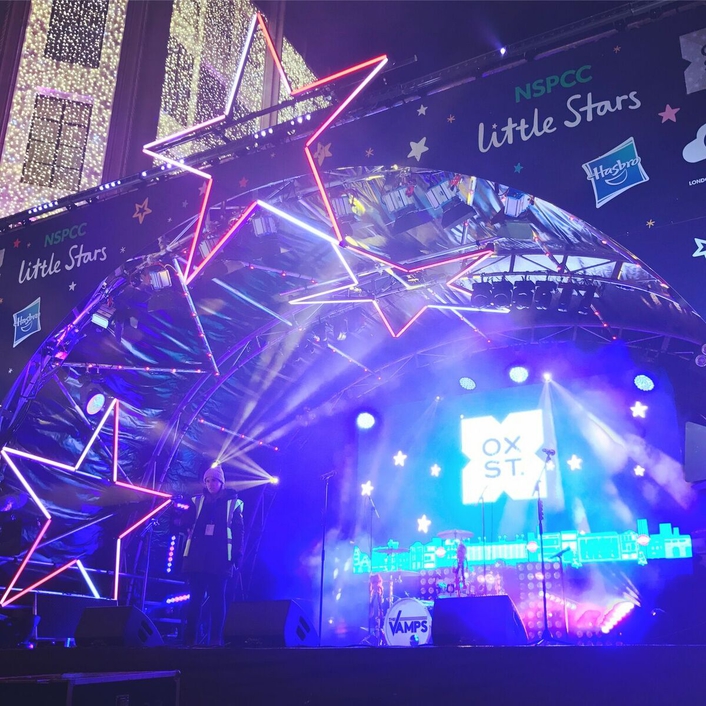 "The Titan Mobile is ideal for this type of pop-up event; it's easy to fit into a tight control area and lightweight enough to able to move it around whenever needed," says de Villiers, who has also worked for Wilde Ones at the Brighton Pride festival and previous years' switch on events for the Oxford and Regent Street Christmas displays.

The versatile console is both small enough to carry as hand luggage on flights and large enough for complex shows. Used in conjunction with the Titan Mobile Wing, programming is made even more efficient, giving designers direct access to their most used items. 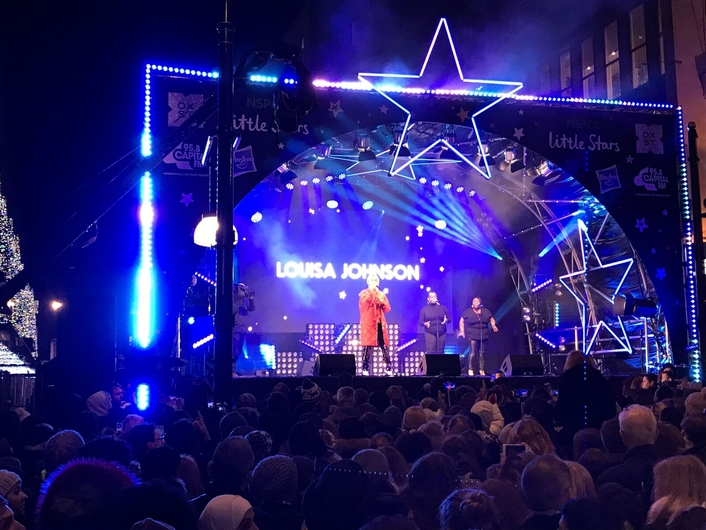 "I think I speak for most operators when I say you can never have enough faders to stash effects, looks and flash bumps on - live playback is a great feature," continues de Villiers. "I've been using Avolites for over ten years and have always loved the fast programming and intuitive control across the range of products."

To reflect the stellar theme of the NSPCC campaign, which encourages members of the public to donate £5 to name one of Oxford Street's starlights, de Villiers worked alongside Chris Carr of Lucid Illusions to design a series of LED star shapes, which framed the stage. These were constructed from Lucid Illusions' translucent LED strips with custom brackets and rigging to achieve the five points and angles.

"The Pixel Mapper and Key Frame Shapes features in the Titan software were essential for achieving the smooth star and twinkly looks," continues de Villiers.

This is the 57th year Oxford Street has been adorned with light for the festive period with the 2016 display achieved using more than 1700 baubles and 750,000 LED bulbs. The honour of flicking the switch was bestowed on R&B superstar Craig David. 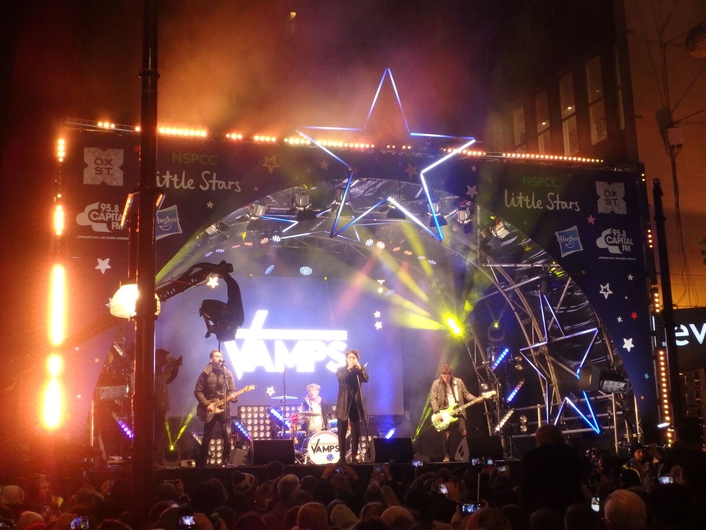