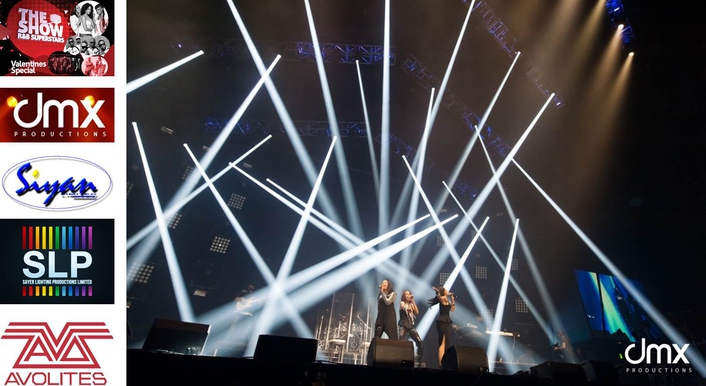 .
This February saw Avolites technology at the heart of The Show: R&B Superstars Valentine's Special: a night of performances by a nostalgic line-up of 90s R&B legends at Wembley Arena in London.

Headlined by En Vogue with Blackstreet2, the evening was an exciting celebration of the best American artists for the third-year running and was managed by Birmingham-based production company DMX Productions.

Tom Grant explains the concept behind the design: "I was tasked with designing a rig with a lot of depth and flexibility to it. I wanted to create a design that Jack could implement a large number of different looks with."

Jack states: "On this particular show the input from the artists was very minimal, with acts only requesting a specific look to an intro, leaving all creative aspects of operating their sets down to me. When I sit down to programme a show of this scale and length of show, I have to anticipate of how the show is going to build. Having the power of the Ai was incredible, being able to apply different effects and overlays with keeping the frame rate up, meant that the media was always looking different and progressing through the show."

The Ai Media Server is a powerful tool, providing reliable, smooth playback and a wealth of features, including two HD/SDI capture inputs - these were utilised with camera feeds, which Sayer implemented to project endless visually stunning content onto a 8 metre x 8 metre video wall.

"I also used The Ai Media server as a visualisation machine running Capture," Sayer explains. "This versatility and power meant I could still continue programming whilst the headliner's LD had control of the rig." 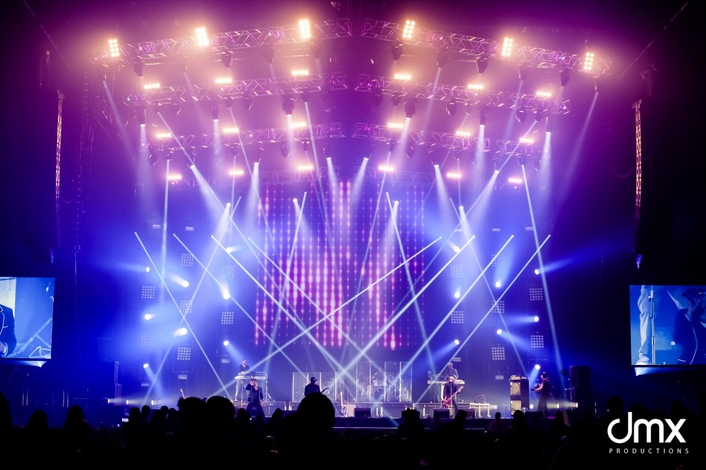 The Expert Pro took full control of an entire rig of more than 100 fixtures, yet seamlessly handled the different lighting designs for each artist and allowed Sayer maximum programming power. This meant he was able to keep on top of the action, and provide a unique and fresh concept for not only each act but each of their songs, and maintain the high-impact illumination needed to make each performance a visual spectacular.

"When I'm operating it all comes down to being able to add in different looks on the fly, having 100 faders across the Expert Pro and Titan Mobile Wing allows me to take full advantage of this without having to take my eyes away from the stage. For me there is no other console that I can achieve this on."