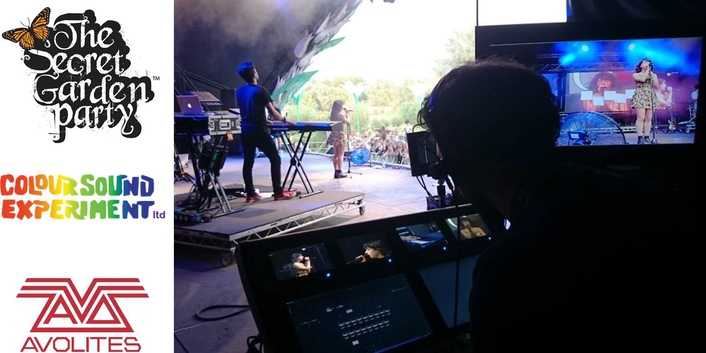 Ai 'Multi-View' captured and mixed 4 camera feeds on The Great Stage, controlled via a Sapphire Media console
The busy summer of festivals has shown no signs of slowing down just yet, with Avolites and Avolites Media storming onto the scene for another fantastic weekend at Secret Garden Party 2014 with five stages controlled by Avolites, and Avolites Media featured on the main stage. The festival, held in Abbots Ripton, welcomed a huge and eclectic line up of acts including headliners Fat Freddy's Drop, Public Enemy and Little Dragon, to cement its position as one of the most hotly anticipated festivals of the year.

The boutique weekender attracted in excess of 20,000 festivalgoers keen to witness the multi-sensory experience. Contributing to the visual spectacle, a range of Avolites equipment supplied by London based Colour Sound Experiment (CSE) occupied the Front of House lighting positions on five of the most prominent areas, including the main stage. CSE also sent an 18-strong team headed by Jonathan Ricketts, to operate and support the event.

The festival's main 'Great Stage' featured international acts such as Fat Freddy's Drop and Public Enemy, lit by Chris Steel and Dave Kyle, using a Sapphire Touch. Chris has used Avolites consoles for many years, noting his love for the support LDs receive from the team when using their consoles at festivals:

"It was nice to have Pete [Budd - Avolites Software Test Engineer] down there taking notes and answering questions, whether from us or incoming LDs. Steve [Warren - Avolites Managing Director] and Jaz [Bhullar - Avolites Creative Consultant] visiting all the other stages supporting the rest of the CSE team on site was also great! 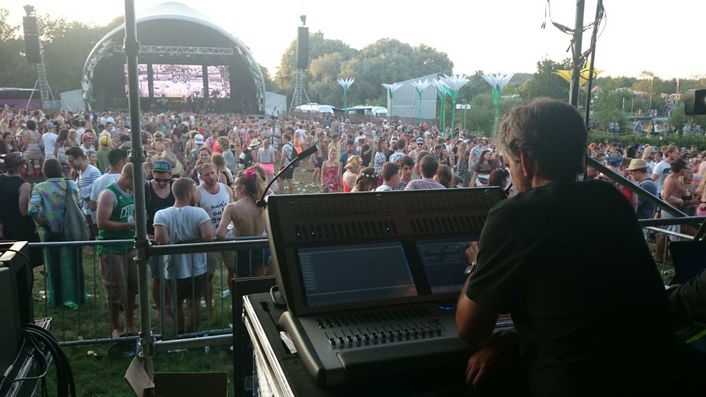 "It's fantastic that Avolites have never lost their build quality, their consoles still look and feel like a top quality product. I chose them for this project as they are still one of the fastest consoles for busking and that's what you need at a festival. When on a main stage, you get lots of LDs turning up. Everyone knows Avolites, and they can all get a show out of it within a changeover if needed. This makes my life easier as I don't have to spend time programming or trying to explain how it works. I've never met an LD who can't program an Avolites. 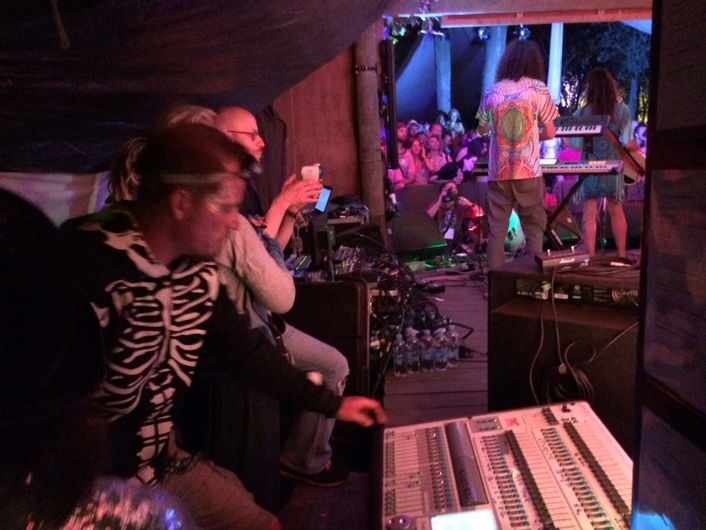 "The two touchscreens on the Sapphire Touch get you to your groups and palettes fast and with more than enough faders so you don't need to change pages. The quick sketch is great as it's fast and makes a difference from boring generic text labelling. I love the fact you can now have speed master for your Shapes."

Controlled via a Sapphire Media console, Ralph used 4 HD/SDI inputs on an EX8 to capture and mix feeds from 4 camera operators on The Great Stage. Using Multi-View, it was possible to apply Open GL effects to each feed, and to VJ different content library media over multiple live camera feeds on a single screen.

Avolites and Avolites Media MD Steve Warren was at the festival:

"We have supported Secret Garden Party for many years now and it never ceases to amaze me how it has grown whilst retaining its boutique vibe and dedicated following.The festival has quickly become one of my favourites and it was a great pleasure to get down there, support our friends and see our equipment being used in new and innovative ways such as Ai Multi-View.

"We pride ourselves on being able to provide robust, intuitive, easy to use products that enable designers to realise their visions and for programmers and creatives to bring them to life on stage reliably and quickly. We are as committed to this mission today as we ever were and promise to remain so for a long time to come." 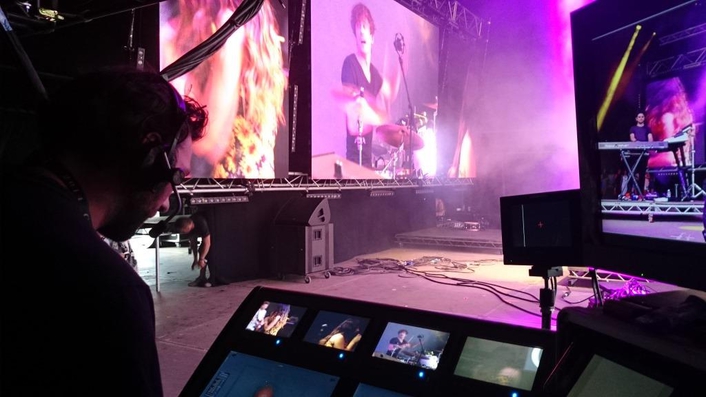 Avolites & Avolites Media would like to thank: Jenn Webber, Dave Thomas, Dave MacMasters, Alex Ryan, Jason Tuffin, Hayden Williams and the rest of the Colour Sound Experiment team for their sterling work on the festival.