TV3 wowed viewers with its captivating election broadcast which included accurate and sophisticated graphics, a virtual “mapping” which allowed the spectators to see the data and talents at the different Catalan Town Hall locations simultaneously, and more. All this was possible thanks to Orad’s state of the art virtual studio, augmented reality and tracking solutions.

“It wasn´t about using a static image and adding graphics to it”, explains Paulí Subirá, technical director of election shows. “The challenge was to give life and movement to the real image, and that the device could achieve the different movements from television, such as “travelling”, without causing any loss of axis or interference when adding images and data.” 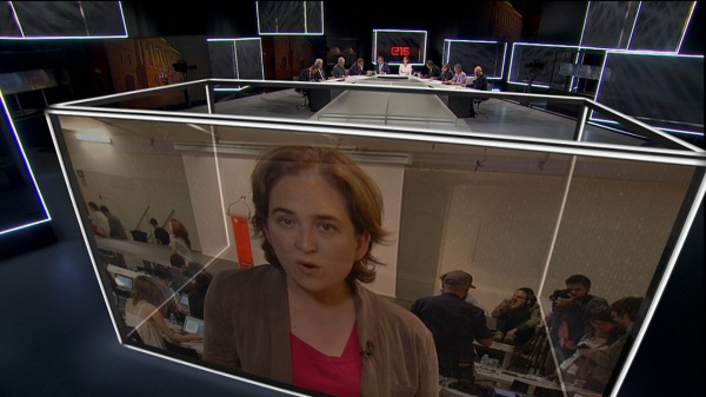 Images of the facades of the four Town Halls of the 4 main Catalan capitals were recorded in advance. These recordings were done using two cameras, so that two different points of view at different times of the day were offered. Once the real image and live presenters were inserted and data was added, the spectators were presented real time data on the buildings themselves with the presenters. Data was displayed from the four main Catalan Town Halls, projecting the image of possible winning mayors and colouring them with winning party´s colours, showing number of councillors, participation or percentage counted. In addition, the two presenters displayed the results with interactive virtual maps where each of the 947 regions was coloured with the winning party´s colour.

The election broadcast featured a sensorized camera relying on Orad’s Xync infrared free tracking for the short takes, map´s details and augmented reality elements, and a Jimmy Jib crane with Stypegrip system. The sensorized crane allowed large movements around augmented reality graphics, as well as taking different perspectives of the virtual set that helped to achieve the feeling of expansiveness and a better understanding of the graphics presented.

Virtual graphics system, including both the graphic set and augmented reality, were provided by Orad. During the elections night special show, two large sets were used, both located in different buildings and separated by a few hundred meters.

Despite the different geographic locations, the spectators had the feeling that the four presenters were sharing the same physical space.

“Another advantage that this technology offered was the ability to join two separate spaces and turn them into a single space for the viewer,” said Subirá. 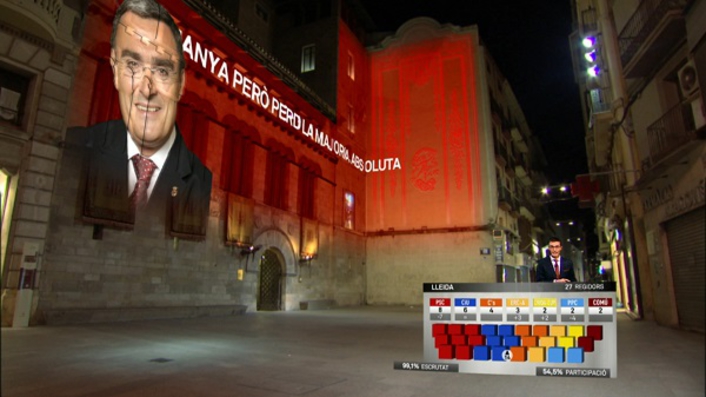 The larger of the sets featured 8 cameras, two of them over “travelling” and telescopic column, and another one over a 9 meter Jimmy Jib crane. This crane featured the Stypegrip system, a system capable of offering cranes with “tracking” or sensorization and, therefore, allowing working with augmented reality in real spaces.

“In local elections, it becomes necessary to control a large amount of data. The big leap of the program was achieved, in the first place, with journalist headlines and real time visuals through computer programming. This means a revolution in data management and screen display,” according to Bramon, director of elections shows.

TV3, Televisió de Catalunya
TV3 - Televisió de Catalunya is the public television broadcaster of Catalonia, based in Barcelona. Since 1983, TV3 has built up a reputation as a state-of-the-art company and trend-setter in audiovisual production, technology and design. Its high-quality programming has made it an undisputable favorite among viewers. Over the years, the network has won widespread international recognition for the quality of its programs. Televisió de Catalunya currently has five channels and a staff of nearly 2,000.