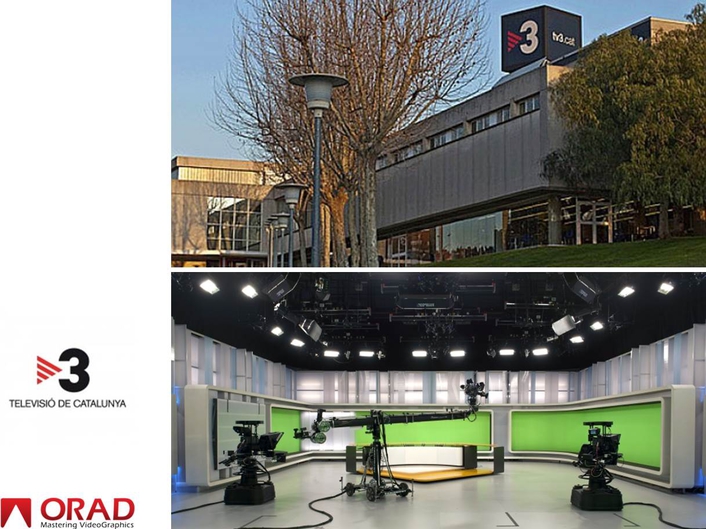 “The new studio presents the most important evolution of TV3’s news programs. We have added much needed space, and incorporated new elements and colours to make the production more exciting. The new and improved studio is a step up from what others are doing both aesthetically, technologically, and provide us with the reliability we require.” Paulí Subirà, TV3 Art & Directing Manager.

The new set offers a powerful new dimension to TV3’s productions by enabling them to manipulate the broadcast for maximum effect.

The studio is divided into two areas; the main area which contains a virtual background over which the virtual graphics are keyed. It is further enhanced with rich augmented reality graphics and a large video wall resulting in an immersive virtual environment that accommodates a variety of productions. The second half of the studio contains a huge cyclorama where TV3 produces their weather show.

The new TV3 studio is 300 sqm of which 200 sqm is covered by Orad’s Xync infrared camera tracking system. The Xync system allows TV3 maximum production flexibility based on its free camera movement support for the six studio cameras studio. Each of the six cameras is rendered by an Orad HDVG graphics engine providing both the director and the cameramen a preview of the composited image. The integration with Canon Lens and Vinten-Radamec for support Digital Protocol also adds better lens tracking for zoom, focus and depth of field parameters. 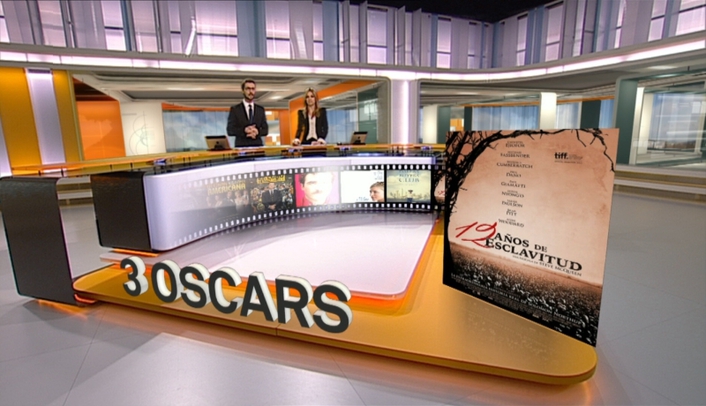 “Leading broadcasters are combining Orad’s unique infrared free tracking, powerful real time graphics, and state of the art virtual studios to captivate viewers. TV3 is an excellent example of how large studio’s space can be maximized to bring the broadcaster’s vision to light. ” Avi Sharir, CEO and President of Orad.

TV3, Televisió de Catalunya
TV3 - Televisió de Catalunya is the public television broadcaster of Catalonia, based in Barcelona. Since 1983, TV3 has built up a reputation as a state-of-the-art company and trend-setter in audiovisual production, technology and design. Its high-quality programming has made it an undisputable favorite among viewers. Over the years, the network has won widespread international recognition for the quality of its programs. Televisió de Catalunya currently has five channels and a staff of nearly 2,000.

TV3 Catalunya Imagina Studio 1
TV3 - the First Televisio...on in Spain on Google TV
UEFA CL Final in 3D by TV3: In Cinemas and on TV