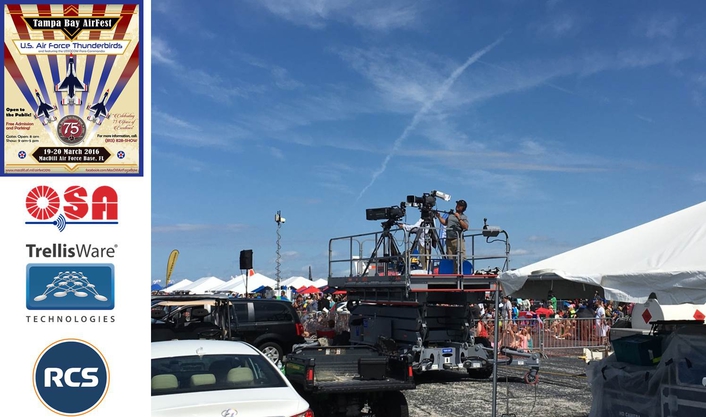 120,000 Tampa Bay residents who assembled at MacDill Air Force Base earlier this year for AirFest 2016, one of the world’s largest air shows, received a front row seat to all the action on the ground and in the sky. For the first time, attendees could view everything from military aircraft displays to aerial performances on large-scale video walls featuring real-time footage interlaced with graphics detailing pilot bios, aircraft profiles, attendee tweets and more. Taking advantage of a graphics and AV workflow developed by Reality Check Systems (RCS) and OSA Media Solutions, AirFest pulled off the largest-scale live production and stream in air show history.

Having begun event preparations last year, AirFest Deputy Director John Schwartz set out to mastermind an entirely new viewing experience for the 2016 show. He envisioned a production that would highlight aircraft and performer statistics and showcase in-cockpit video, while also expanding creative marketing options for sponsors, who largely fund the community event. Given the size of the global air show community, Schwartz also saw an opportunity to use the production to reach a larger audience, opting to extend the workflow to facilitate a live stream of the festivities on the AirFest website, as well as a YouTube recording of the event post-show. 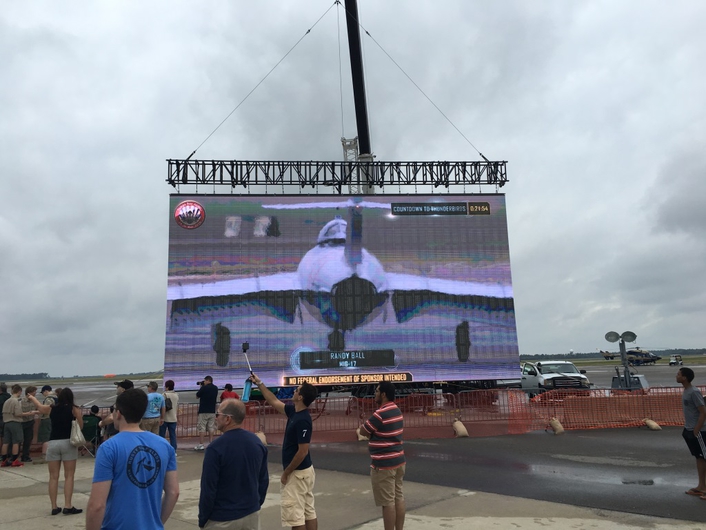 “Compared to typical live-event productions, air shows have historically been slow to adopt new technologies, but this year we wanted to raise the bar and show the community what’s possible,” Schwartz shared. “Having a full-screen video production in place enabled us to entertain attendees with new engaging visuals, and also incorporate sponsor ads in a fun new way, all without degrading the experience.”
Ahead of the event, Schwartz and his team worked closely with RCS and OSA to establish a military aesthetic and refine the end-to-end workflow, hammering out the smallest details down to the graphics font size. RCS’ crew first revamped a previously designed graphics package for the base, adding a new palette and templates including: video boxes for sponsor commercials, right and left slabs for pilot and team IDs and bios, emergency full screens and more. 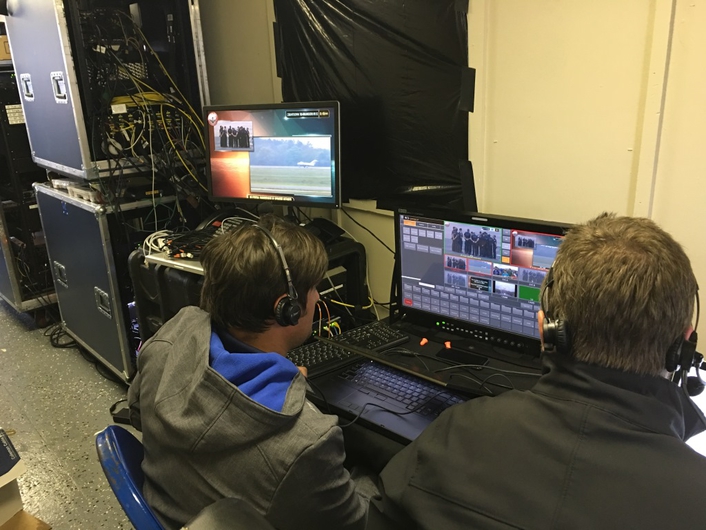 Once RCS completed the graphics package, OSA and RCS developed workflow blueprints. Giving attendees an intimate view of the action required OSA to attach cameras to flying aircraft and aerial performers, so they turned to technology partner TrellisWare Technologies – a San Diego-based military radio communications technology company who lent its gear to the production. 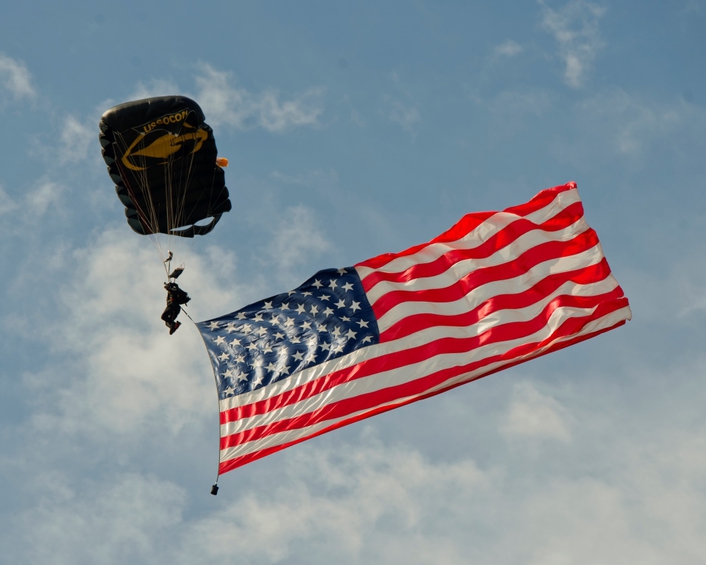 OSA linked eight GoPro Hero 4 cameras and three Sony HXC-100 broadcast-grade cameras (attached to various airplanes, jumpers and vehicles equipped with transmitters and receivers) to TrellisWare’s TW-400 CUB radios and a wireless mesh network, as well as three receivers on the ground. The setup enabled multiple video feeds from as high as 13,000 feet to be sent out over IP to an on-the-ground decoder in a broadcast-quality control room equipped with RCS’ portable Uppercut HD production solution. A graphics operator controlling the system then interlaced the appropriate graphics and footage, and output desired feeds in 1080p to two 7mm high resolution LED video walls via a Ross Carbonite Black switcher. Social media software developed by RCS also allowed the system operator to also share live tweets as graphics throughout the production. To feed pre-recorded sponsor commercials to the walls, the crew relied on a D3 media server. 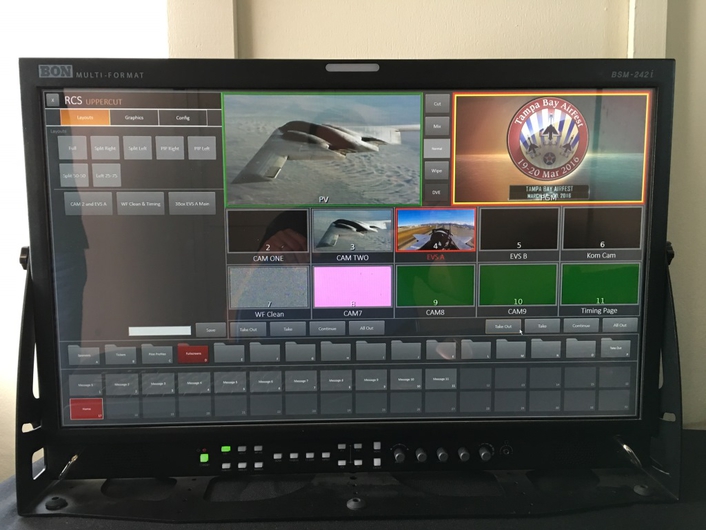 Lauding the efforts of RCS and OSA’s teams, Schwartz expressed, “They were professional and knowledgeable, and exhibited an extensive range of capabilities; they were also ready to tackle any challenge we encountered along the way. Their technology and integration into our operation was flawless and far exceeded our expectations.” 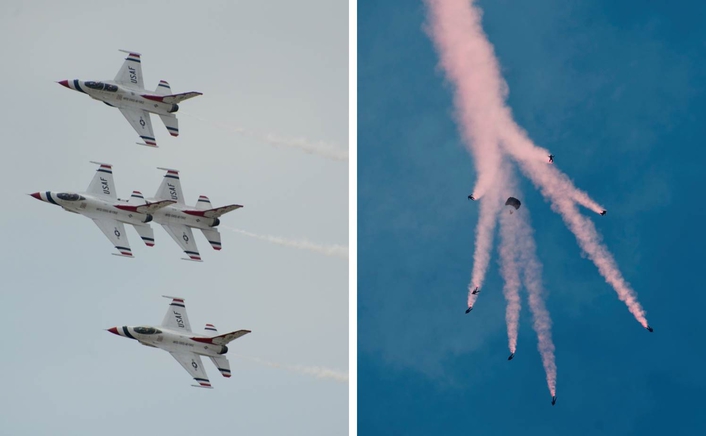 Schwartz and his team received an overwhelmingly positive response to the new video walls and content from attendees, sponsors and the larger air show community. By modernizing the show’s workflow, they were able to bring the entire crowd views formerly not visible due to depth and distance. “For the first time ever, audiences could see aircraft ground performances and subsequent maintenance and aircraft taxi operations,” Schwartz explained. “Being able to live stream the festivities and post a recording on YouTube after the event was icing on top of the cake. We were not only able to create a unique fan-centric experience while also promoting the show and Air Force messaging, but also to extend market reach for our advertisers.” 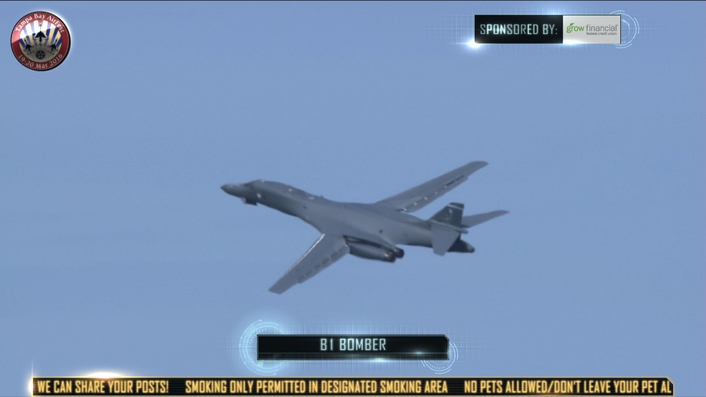 Furthermore, the setup enabled MacDill to safeguard attendees with real-time weather warnings through mass messaging capabilities and a live feed of weather map data, so the crowd could see when a storm was coming and retreat to the hangars. “Though we’ve only scratched the surface in terms of integrating in-cockpit audio/video, real-time aircraft statistics and advertising/sponsorship integration, we’ve set a new standard for production in the airshow industry with successful deployment of this workflow and plan to continue working with RCS and OSA to see how we might apply their expertise in other facets of our operations,” added Schwartz.
Since AirFest 2016, RCS and OSA have fielded several inquiries from bases and commercial air shows interested in coordinating similar caliber productions for upcoming events. 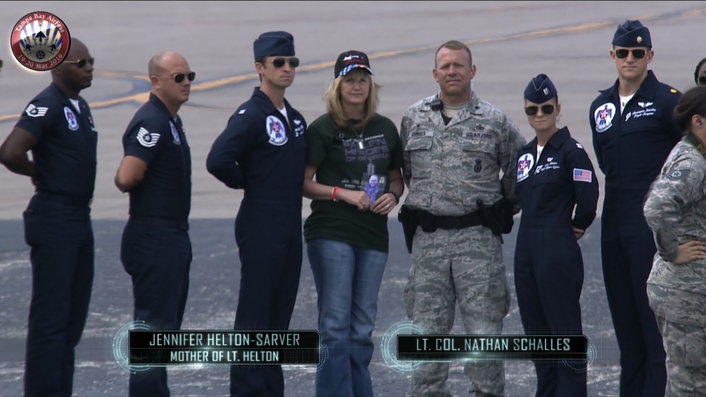 About OSA
OSA International consistently produces unforgettable live events of every type and scale. With over 30 years of experience, OSA utilizes the finest in project management, LED, video equipment and audio systems through our offices in Chicago, Las Vegas and Nashville. Our engineering expertise and industry leading technologies combine with client visions to deliver spectacular results every time. From concept to completion, OSA is with you every step of the way.

About RCS
Reality Check Systems (RCS) ignites on-air viewing experiences for some of the most-watched events events on television. With offices in Los Angeles and London, RCS partners with the world's leading sports leagues, federations, networks and social media giants to fuel audience engagement through a customized fusion of dynamic graphics, real-time data and social media. To give shape to each client's unique vision, RCS develops sophisticated graphics and production systems that can be seamlessly deployed in a wide array of professional environments.