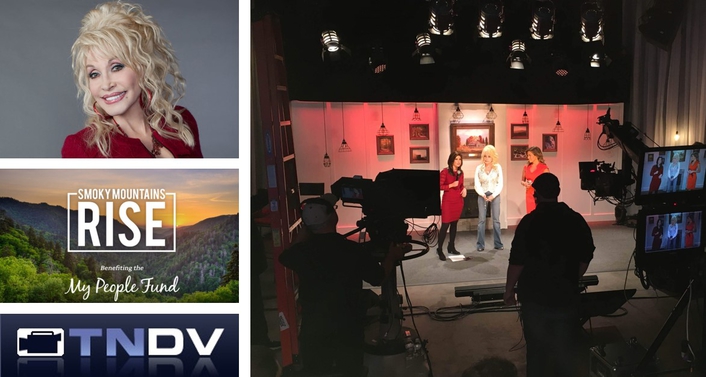 The fires in Tennessee’s Sevier County burned over 17,000 acres, claimed 14 lives, and damaged or destroyed more than 2,000 homes and businesses. Parton, who grew up in the area and whose Dollywood theme park was near the edge of the blaze, quickly established the “My People Fund” to help victims of the devastation. On December 13, the three-hour benefit to raise money for the cause featured performances by Parton, Kenny Rogers, Reba McEntire, Cyndi Lauper, Alison Krauss, Alabama, Chris Stapleton and many more artists, plus dozens of additional celebrities who answered the telethon phones or made significant donations.

Streamed online and televised on over 50 regional stations and three national channels, the benefit raised well over $9 million. The proceeds began reaching impacted families just a week later, and further donations continue to come in through the fund’s website.

TNDV owner Nic Dugger was approached by event organizers just a week before the live show. “They needed complete turnkey services, from a production truck, playback and transmission to help with directing and scripting,” recounted Dugger. “I was happy to participate — my family and I regularly vacation in the Gatlinburg area, and I happened to be there just a day before the evacuation. I quickly started engaging some of our trusted partners to take on the challenge.”

The first such partner was producer Edie Lynn Hoback, with whom Dugger had worked on numerous previous projects. “Edie agreed to serve as producer, and we had one week to put together a live, three-hour TV special with no commercial breaks and a star-studded lineup of internationally famous artists. It’s a testament to the talents and commitment of everyone involved that we succeeded.” 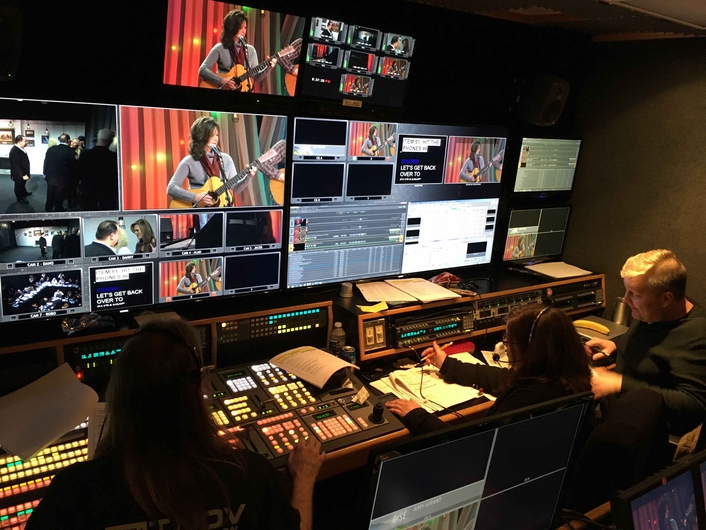 With the telethon taking place in a relatively small rehearsal studio co-owned by Parton, one of TNDV’s first challenges was fitting all of the required elements into the available space. “We needed to build a set for the telethon’s phone bank, and incorporate it alongside a performance stage, a second stage for interviews and check presentations, and a front-of-house area for lighting, audio and video control — all in one fairly small room,” explained Dugger. “Plus, with the roster of premium talent participating, we needed space to accommodate the performers and their supporting staff. We made multiple trips to the venue to design the layout and determine camera locations and lighting setup, while coordinating remotely with Dolly’s team, who were on tour in Texas. Ultimately, we crafted a scenario that made it all work.”

TNDV began loading cameras, lights and set pieces into the studio the day before the telethon, and less than one week after being first contacted. To accommodate the space constraints of the location, TNDV deployed one of the mid-sized production trucks in its fleet, the 40-foot Elevation. “As nice as it would have been to use our new, larger Exclamation truck, there was simply no room for it, particularly alongside seven or eight artists’ tour buses and all of the local and regional media outlets’ microwave uplink trucks,” said Dugger. “Elevation was the perfect combination of compactness and capabilities.”

The project took advantage of all of the equipment and infrastructure in Elevation’s production arsenal, including HITACHI HDTV cameras for image acquisition, an Abekas Mira replay server for playback, an Imagine Communications Platinum router, an RTS intercom system, and a Vision 3 production switcher and Xpression graphics engine from Ross Video.

TNDV’s Constellation uplink truck was used for primary transmission, and to accommodate as many distribution outlets as possible, TNDV also established a Ku downlink with a C-band turn around. “This way, anyone who wanted to downlink in either Ku or C band had access to the live HD program,” Dugger explained. The uplink crew kept in ongoing contact with the many media outlets showing the event, to ensure they all had correct timing.

Performance rehearsals began at 8am on the day of the telethon, and continued right up to the satellite tests eight hours later. The broadcast started at 7pm, and stayed live for all three hours with no breaks and no commercials, not going off the air until the credits rolled. 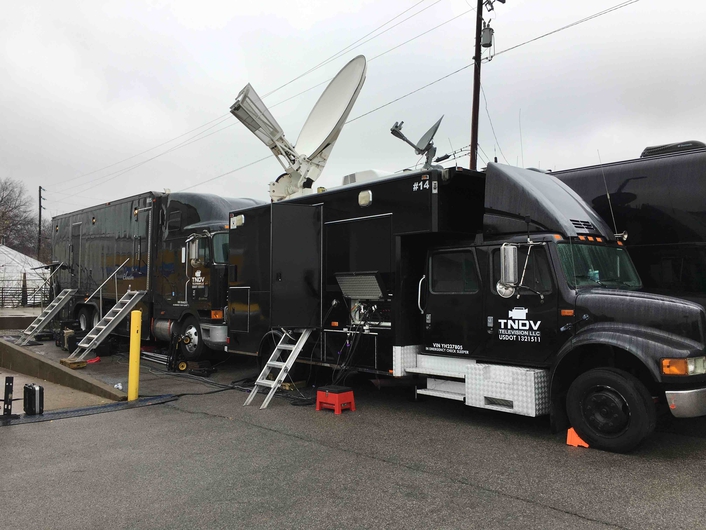 The dedicated teams from TNDV and its partners overcame the short timeframes and logistical challenges to make the television production a success, although all involved considered that accomplishment secondary to achieving the telethon’s charitable goals.

“A show of this caliber and substance should take many months to prepare, but this immensely talented group of people pulled it off in just seven days,” said Hoback. “The TNDV team was crucial to the success of this broadcast. Each day brought a new challenge, from managing live celebrity call-ins to supplying feeds to numerous broadcasters in varying formats. Nic and his team conquered each new challenge with confidence and enthusiasm. Most of all, I’m proud that together we could help raise more than nine million dollars to aid the people of East Tennessee.”

Dugger echoed Hoback’s sentiments. “It’s inspiring to see so many A-list artists working together for the benefit of others, with all egos left at the door,” he said. “From lighting technicians and audio engineers to hair stylists and makeup artists, everyone shared a common goal. The exceptional fund-raising success of this telethon reflects the community-like nature of the country music industry in Tennessee. It makes you appreciate why you do this, and we’re proud to have played a part in this event.”