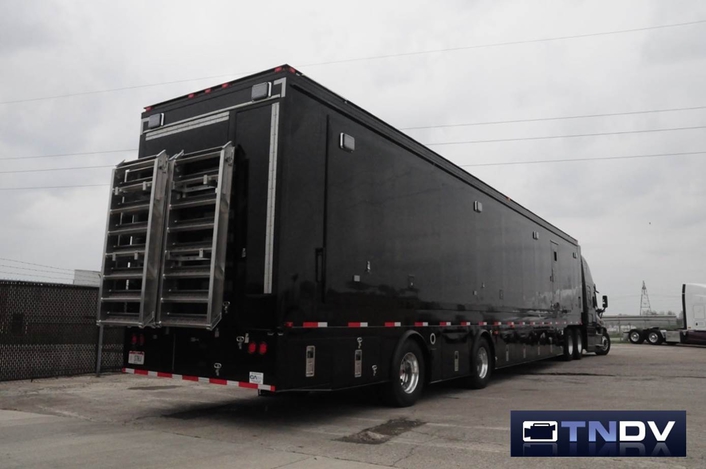 More than 13 years into business, mobile production specialist TNDV has turned the ignition on Exclamation, its largest truck to date. Exclamation, which hit the road in late May, becomes TNDV’s eighth mobile production truck, and its first 53-foot, double-expando Class A truck to offer native 1080p broadcast and production capability across its entire infrastructure and workflow.

The road to Exclamation’s launch began in mid-2015 when TNDV Owner and President Nic Dugger identified a need for a new flagship video and audio truck that aligned with the needs of the largest broadcast networks and live events. Exclamation has already provided support for one of the largest annual corporate events held by a well-known Arkansas retailer. And by the end of June, it will have serviced a Baptist convention in St. Louis, a two-week live music event at the Music City Center in Nashville, and a special broadcast event at the Dolby Theater in Los Angeles.

“We have had 13 very powerful and successful years as the elite “small truck” company,” said Dugger, whose team handled Exclamation’s entire systems design and integration process in the company’s Nashville warehouse. “But until now, we’ve had to turn away projects that exceeded the capacity offered by our existing fleet. Exclamation is the answer to our customer base that says, ‘We love your customer service and selection of gear, but we wish you had a bigger truck.’

“We can now accommodate seating for 15 crew members in production control alone, and 30 throughout the truck,” Dugger added. “Exclamation reinforces our commitment to delivering what our clients need.” 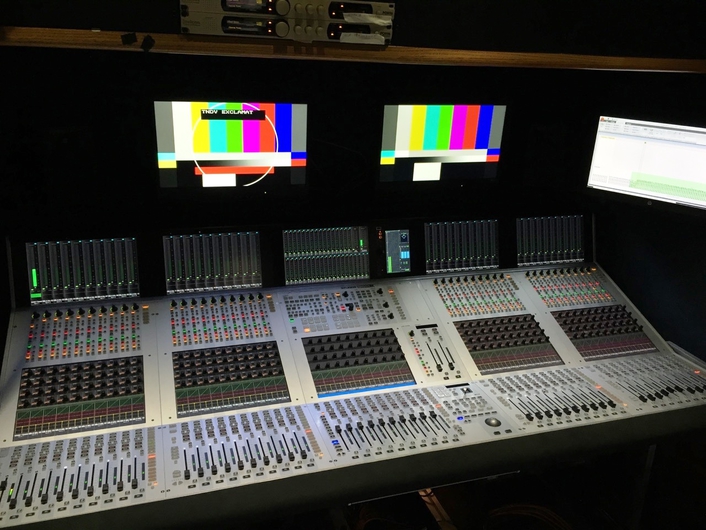 Exclamation is more than double the size of Aspiration, a 40-foot expanding side truck that has served as TNDV’s flagship mobile facility since its 2010 launch. While Aspiration and TNDV’s other video-centric trucks are all 1080i/720p HD-capable, Exclamation is the first to offer full 1080p broadcast and production support with 24 fps (frames per second) capability. It is also the first TNDV truck to integrate a Grass Valley video production switcher, which Dugger and his team identified as critical to servicing clients with higher end production needs. The Grass Valley Kayenne video production center will provide up to 192 inputs and 96 outputs of native 1080p support, with the ability to support 4K productions upon request.

On the acquisition side, Dugger again elected to purchase Hitachi cameras, this time choosing the company’s SK-HD1300 camera systems for use on all live and recorded HD shoots. Exclamation’s infrastructure can support up to 20 cameras, and clients electing to use 4K cameras can plug into Exclamation’s 4K backbone with their camera of choice.

“We have been thrilled with our nearly 25-year long relationship with Hitachi,” said Dugger. “They were with me as a middle school student learning television in West Tennessee, and they were with me when we built our digital SD trucks in 2003. And five years later, they supported our first HD trucks.

“Now that we’ve gone 1080p, they have provided what I believe to be their best camera system yet,” Dugger added. “Everything starts with picture quality on a video truck, and we evaluated many cameras from all of the usual suspects. We determined that the SK-HD1300 SMPTE fiber studio camera system was hands down the best looking, most rugged and easiest to operate 1080p camera. With their updated base-stations, and outstanding black levels, chroma saturation and detail control, the whole camera chain comes together to produce stunning images.”

Dugger points to Exclamation’s routing and monitoring infrastructure as especially critical to managing the overall video and audio workflow. In addition to the Imagine Communications Platinum video router, Exclamation includes a separate Pesa audio router that supports 128x128 analog I/O and 128x128 digital I/O, and up to four MADI streams. The separate audio router was integrated into the original design to specifically support the Studer Vista X, which can control 800 or more DSP channels and over 5,000 inputs and outputs.

“Most 1080p workflows involve progressive cameras, switching and recording, but the monitoring is often lacking,” said Dugger. “We decided early on that everything on Exclamation must be native 1080p-grade, including monitors. The monitor wall in the production space is enormous, and it wows our clients when they first board the truck. Hence, the name Exclamation.”

ABOUT TNDV: Television
Formed in 2004, TNDV: Television represents the culmination of over 25 years of broadcast and live production for Nic Dugger, owner and president; and his staff of full time engineers. TNDV produces events from small single-camera productions all the way up to multi-million dollar international TV events, and takes pride in building custom solutions for challenging productions of any size, in any situation.  Recent projects include the 5th consecutive year of live concert productions at the NCAA Final Four, the Wal-Mart shareholders meeting, and season 6 of the multi-Emmy winning Bluegrass Underground for PBS.