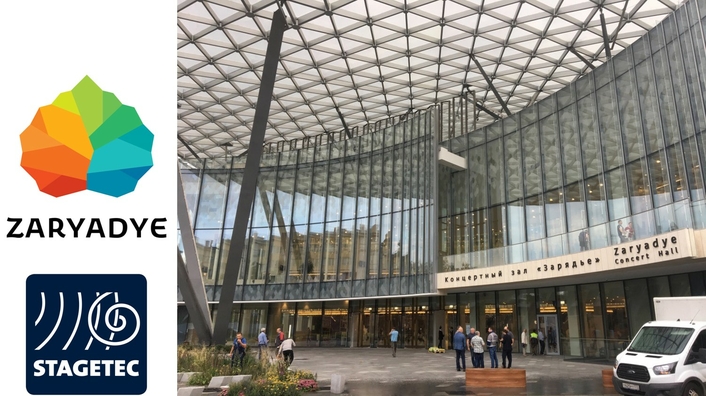 In Zaryadye Park in Moscow, within sight of Red Square and the Kremlin, an extensive installation with audio technology from the Berlin manufacturer Stage Tec has been put into operation. This park is an unusual interplay of nature and architecture.

Plants and trees from the different Russian vegetation zones were arranged in the 13 hectare area. Various buildings were dug into this landscape, some of which are only evidenced by their green roofs with entrances. One of these buildings is the concert hall, which is embedded in an artificial hill. Two AURUS platinum and one AURATUS platinum were installed in two underground concert halls and a recording studio. 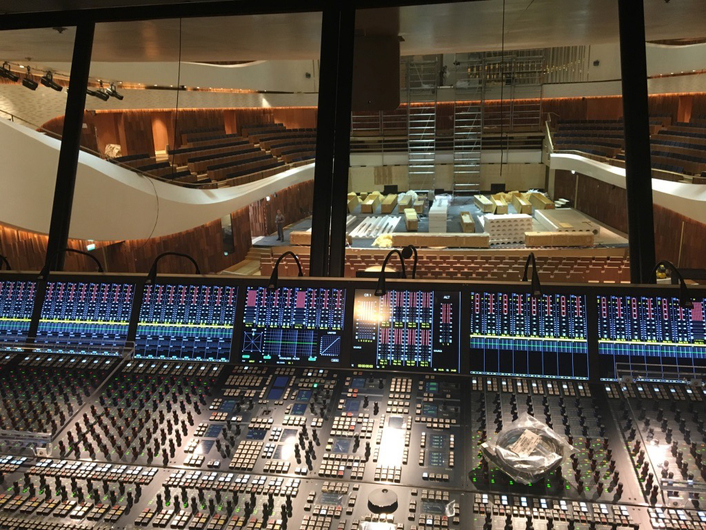 AURUS platinum in the large hall

The AURUS consoles are generously equipped: Each surface has 48 faders and the NEXUS router offers six or seven RMDQ audio DSP units. This allows the consoles to achieve their full potential and is also ideal for resource-intensive production formats. The smaller AURATUS has 24 faders. The three mixing consoles are integrated into a large NEXUS network with two routers and 12 Base Devices. For recording concerts, NEXUS connects the two halls with the recording studio. The OMUX optical multiplexer completes the installation. This enables portable or permanently installed external devices to be connected to the NEXUS network. 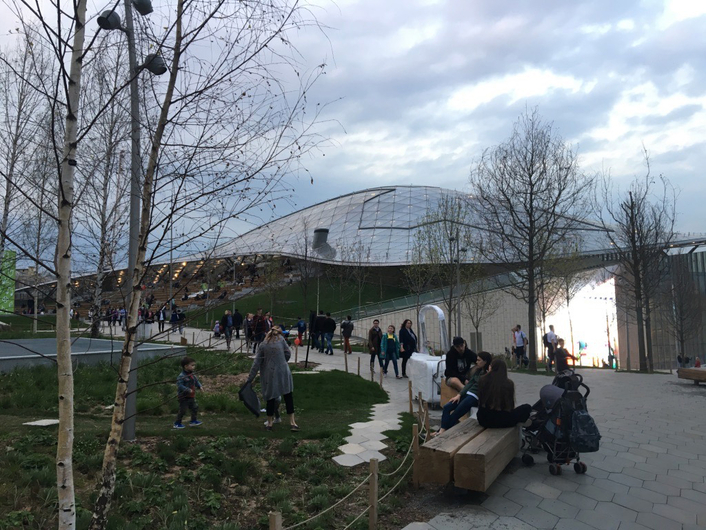 Concert hall glass roof and below it the amphitheatre spectator stands

The two halls of the multifunctional concert hall can accommodate 1600 and 400 visitors respectively. Apart from classical music, jazz, rock and pop music can also be heard here. The spectacular roof of the hall is an 8700 square meter glass construction, which covers the entrance to the concert halls at the front and the spectator stands of an amphitheatre for open-air events at the rear. 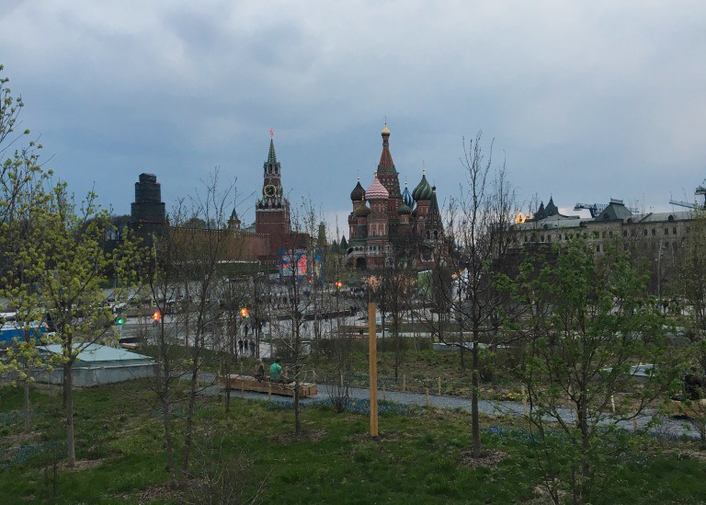 View from the park to the Kremlin and the Basilius Cathedral