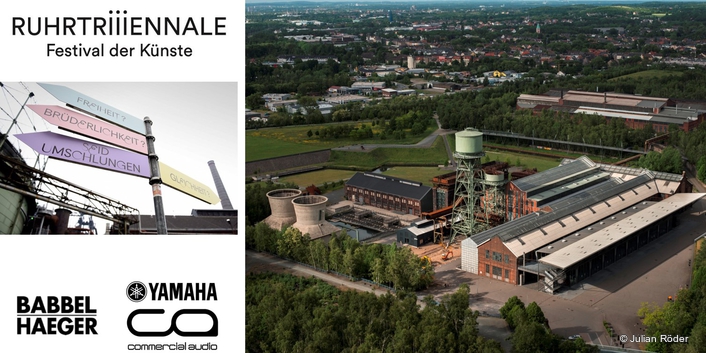 Running from August to October each year, the Ruhrtriennale international festival brings music, dance, theatre, performance and other arts together in the former industrial buildings of Germany’s Ruhr region. The festival’s focal point is the Jahrhunderthalle, a former boiler house for the vast Krupp steelworks in Bochum. Its acoustics provide many challenges for audio engineers, but this year a Yamaha RIVAGE PM10 console helped to tame the sound for the opera Alceste.

Jahrhunderthalle is a unique venue. Originally built in 1902 as a temporary exhibition venue in Dusseldorf, the following year it was relocated to the Krupp site and converted to generate power for the steelworks. In 1991, 20 years after the works closed, the unrestored building was returned to entertainment use. Since 2003 it has been the main stage complex for the Ruhrtriennale. 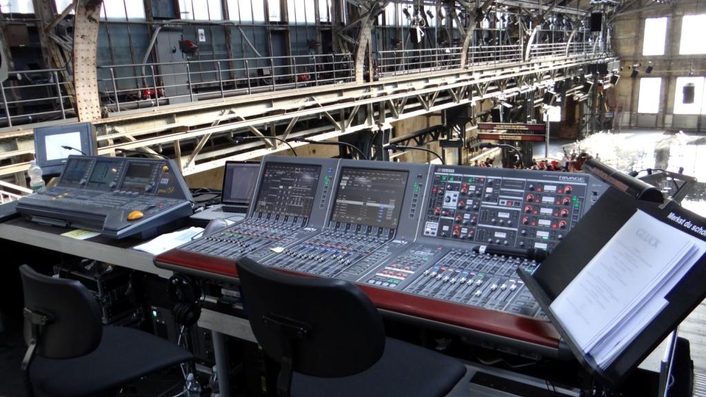 The motto of the festival is Seid Umschlungen (Be Embraced). Will-Jan Pielage is its technical director and designed the audio system for Alceste. His aim was to literally ‘embrace’ the audience in sound that was as natural as possible. This was a challenge, as Jahrhunderthalle is a long, rectangular building with plenty of the hard, reflective surfaces that are a feature of former industrial buildings. 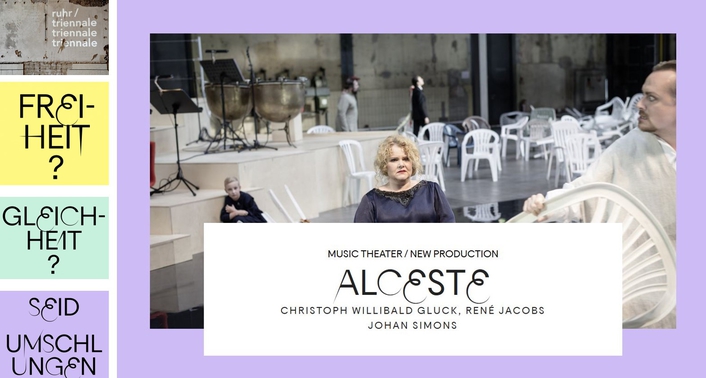 “I have always been a Yamaha fan and, after working with the PM1D for many years, had been waiting for RIVAGE PM10 for a long time!” says Will-Jan. “I had a demo of the console in the spring and knew that, soundwise, it is a huge step forward. So when I designed the sound for Alceste, I took the opportunity to specify it.”

Supplied by Bergneustadt-based rental company Babbel & Haeger, the input count for the RIVAGE PM10 was only around 40 channels. However, with the 900-capacity audience seated in an L-shape - higher on the short ‘leg’ of the L - the output side was more complex, using 27 outputs and all of the RIVAGE PM10’s 72 mix busses.

“To make the sound as natural as possible the most important thing was to localise the sources, which came from an orchestra, choir and vocal soloists. The stage was 45m wide and 15m deep, which made it a challenge to program the delay times for the soloists when they were moving towards the ends of it,” says Will-Jan.

“We needed 18 mix busses for the orchestra, including two for subs below the audience. We used 42 more for the time alignment of the six stage positions for the seven soloists, 12 more for other positions and monitors and six auxiliaries. This pushed the console to its limit - in fact we needed to send some feeds direct to the matrixes!” 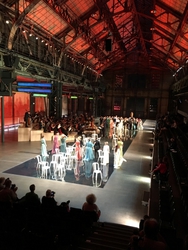 “All sources were time aligned. As the orchestra and choir didn’t move, we used fixed values on the ten speaker groups that were above the stage,” adds Gunnar Brandt-Sigurdsson, who mixed the performances. “For the seven singers we programmed the time alignment for their positions into the RIVAGE PM10 and recalled these via the Focus function, according to our notation on the score. Each recall updated the position of one singer, but did not affect anything else.”

Although Gunnar had not used the RIVAGE PM10 before, he is an experienced Yamaha user and prepared by using the RIVAGE PM10 Editor offline editor software. “Mixing felt very familiar after only a short time,” he says. “I especially liked the dynamic EQ, the VSS4HD reverb, the sound of the new filters, the natural sound of the preamps and the Neve Silk effect. Overall, the transparent and sensitive sound is excellent. We also made a multitrack live recording via the Dante network, which worked very well.”

With a venue constructed mostly of metal and glass, another challenge was that it magnified the outdoor summer temperatures. “During the performances we had temperatures of 37°C (99ºF) and high humidity, but the RIVAGE PM10 worked reliably throughout. We didn’t have any issues at all,” says Gunnar. “I really enjoyed using it and look forward to trying the parallel compression and delay compensation next time.” 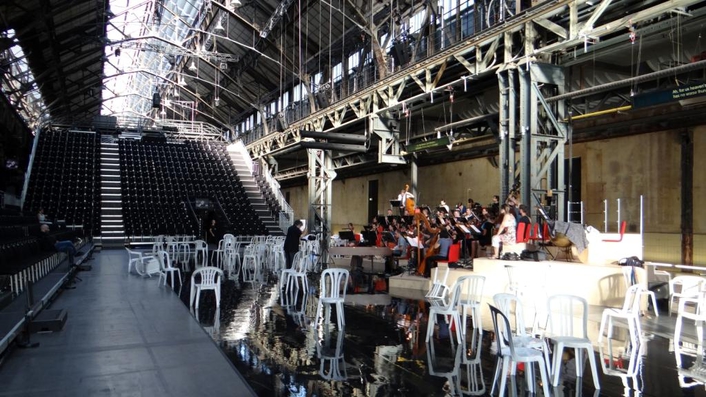 “I was very happy with the console and the results that we achieved,” adds Will-Jan. “I hope to use the RIVAGE PM10 much more in the future.”