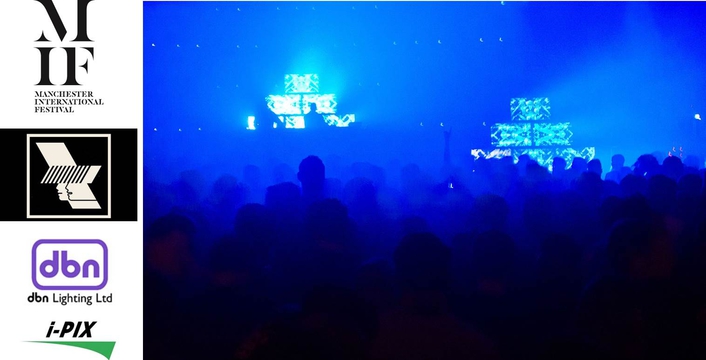 i-Pix’s unique new db1 video / beam light-source made its UK dance event debut at the 2015 Manchester International Festival (MIF)’s ‘10x10 Day & Night’, a special two night collaboration between  MIF and The Warehouse Project (WHP) to celebrate 10 years of both events in the city of Manchester.

Manchester based lighting specialist dbn was providing lighting and visuals. When the organisers confirmed they wanted something inventive and different, the db1s were proposed by dbn and i-Pix’ Chris Ewington … and they found the additional production budget needed for the 23 fixtures to grace the main stage at the Mayfield Depot.

Jon Drape, MD of Ground Control which co-ordinates all production for the WHP organisers, commented, “We've been waiting to get the DB1s on a show since Chris first invited us to see the fixture in development. The unique collaboration between the Warehouse Project and Manchester International Festival was the perfect opportunity. The db1 is a ground-breaking product, and like the audiences, we were completely blown away with its impact.” 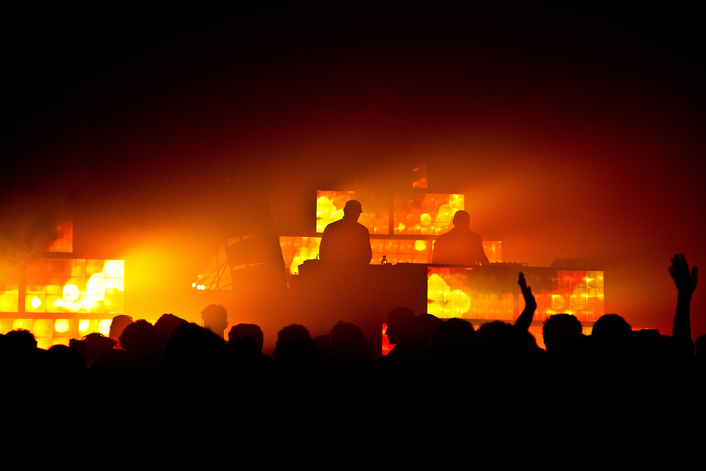 The db1s were used on the second of the two 12 hour events, which ran from 2 p.m. to 2 a.m. at the cool occasional venue and former train station in the heart of the city.

“It was a perfect opportunity to show the versatility and high impact of the fixture,” commented db1 inventor Chris Ewington, who was delighted with the results.

Twenty-three db1s were arranged in four pyramids stacks on the main stage for the evening which was headlined by Carl Craig and Mike Banks.

The db1s were run as both a lighting and a video fixture! 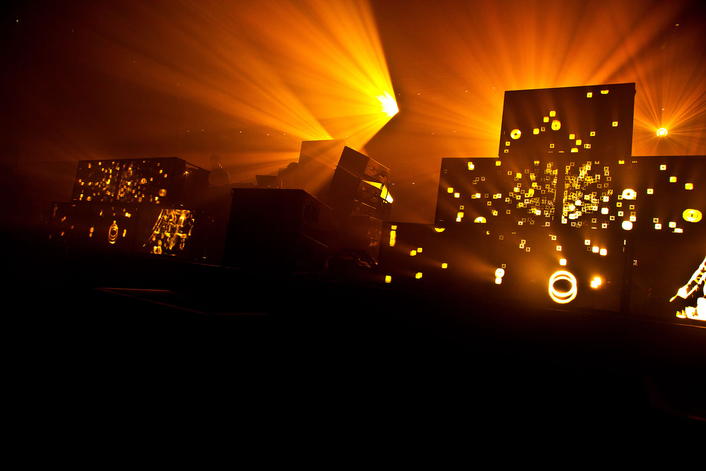 Video sources were fed into them via an Avolites Ai Infinity X8 server run by Chris from a Tiger Touch II console which produced beautiful organic and powerful mesmeric patterns and movement.

These effects were further enhanced as the db1’s 15 powerful LED cells were manipulated by being mapped, with strobing and intensity run as a lighting fixture by Edwin Croft from his Avo Pearl Expert console.

Chris ran a selection of original content through the fixtures while Edwin added a whole new dimension of patterning, spirals and swirls, etc. which really brought a 3D element as well as intense luminosity to the output. 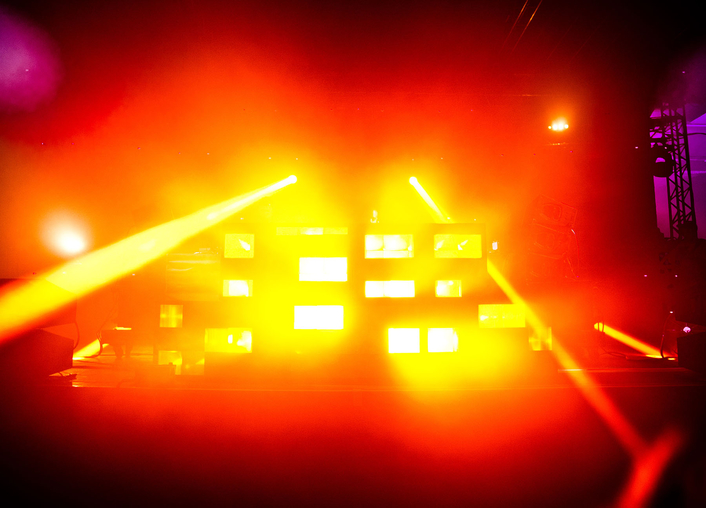 Working together, the two of them effectively made the db1s a moving lightsource with a huge repertoire of individual, never-repeated liquid and flowing effects and looks in a wide range of rich, distinctive colours.

Combining the two modes of operation enabled Edwin to chop the lightsources in and out, so when db1s were the only light on in the room they delivered huge slices and beams of textured light.

Chris approached the media server almost like a morphing gobo. While the video content will always stay on the ‘surface’ of the db1, the beams of light shooting out from the LEDs inside and being moved by the video means the units can work as a perfect companion to any moving or static lightsource also on the rig.

The strobing is also an incredibly potent effect. 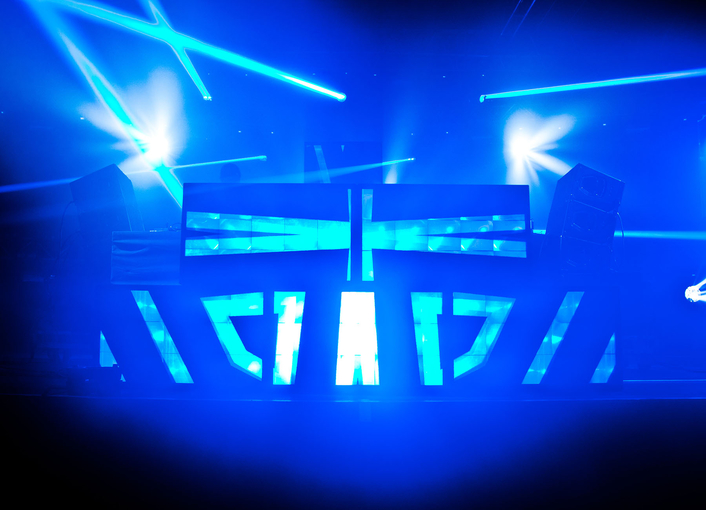 The precision of the db1’s LED lightsource when pulsed means that the eye can see the different colours changing as the light is emitted, giving nanosecond hits of incredible split-colour light. Tweaking the LED oscillations results in extremely trippy sequences.

Says Chris, “I had the privilege of designing and operating at these two very special nights. It was an exciting and creative journey made all the better by a great team working with me behind the scenes. Good on them for having the balls to try something new!”

A week earlier, Chris had operated 24 db1s for a Charlatans gig at Castlefields Arena in Manchester, when he ran them more in conventional lightsource.

After that he reprogrammed the desk so he could access different media server clips on the bump buttons, ideal for the more ravey and improvisational style of operation appropriate for 10x10.

It’s not an understatement to say that everyone was blown away with the results!
“They are new, properly different, definitely exciting … and were the highlight of a fantastic event,” declares Pete from dbn.