dbn Drops in on The Warehouse Project 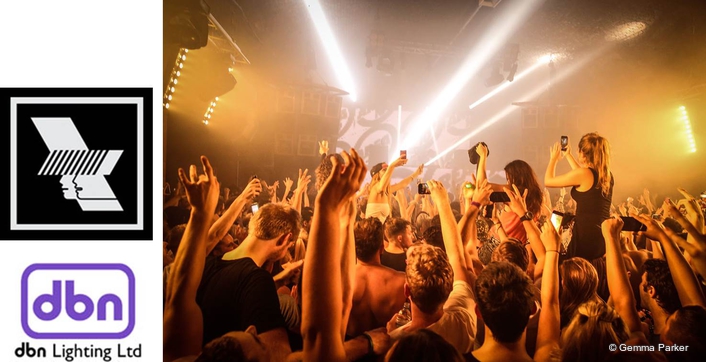 dbn Lighting provided lighting, visual design and equipment for the most recent season of Manchester’s famous Warehouse Project
Among the UK’s coolest and most popular club experiences, another sizzling line-up including Richie Hawtin, Alesso, Annie Mac, Jamie XX, Fatboy Slim, Fac51 The Haçienda, The Martinez Brothers and literally hundreds more top artists, made the beats move and groove back at WHP’s spiritual home, the Store Street arches underneath Piccadilly station.

dbn’s own WHP team was project managed by Pete Robinson. The company has provided lighting design and equipment to the WHP phenomena since it first hit the scene nine years ago. The Store Street venue has a capacity of 1800 and the entire season from October to New Year’s Day usually sells out in a matter of minutes. 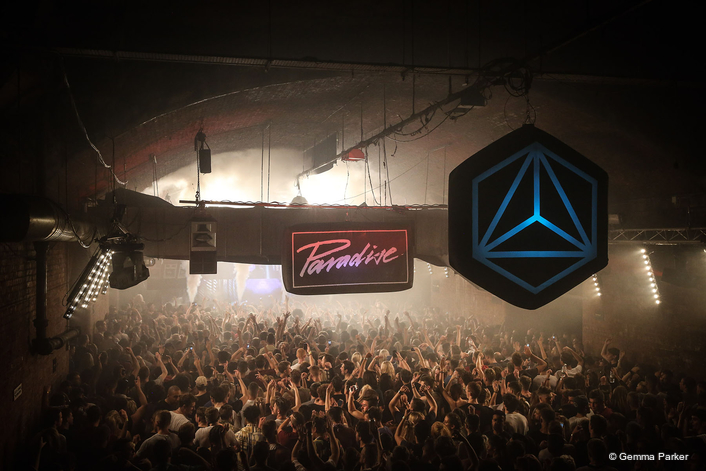 The biggest technical challenge as always was getting all the production ready in the three hour time slot between the car park closing on Friday night and WHP’s doors opening at 10 p.m. However this is also a process that dbn has honed to a fine art, with as many elements of the kit as possible left in situ during the week as the space functions as a standard car park.

This also defined aspects of the lighting design. Any flown fixtures had to be above the height of an average vehicle, and the labyrinthine space has many elements and obstructions needing consideration when designing a lighting rig, like intruding AC ducts and other plant feeding into Piccadilly Station, the busiest rail hub in the north-west!

Main Room
A series of trusses were hung in the roof on rigging points previously installed by dbn which have been chemically fixed and fully tested.
Three 6 metre long trusses over the stage fitted the space neatly and maximised the highest points of the arch, while four more trusses (two per side) ran all the way down the long sides of the room at about a metre out from the wall.

Upstage – flown off the back truss - were 84 panels of dbn’s 12 mm LED screen, making one large surface area, however, the lowest two rows were designed to be detachable and could be used to clad the front of the rolling riser / DJ booth. This was the most common set up, but when bands played, a full screen could also be retained at the back.

Lower down, four panels of LED were removed and Clay Paky Sharpy beamers rigged in the gaps to shoot though the audience right to the back which always looked dramatic. 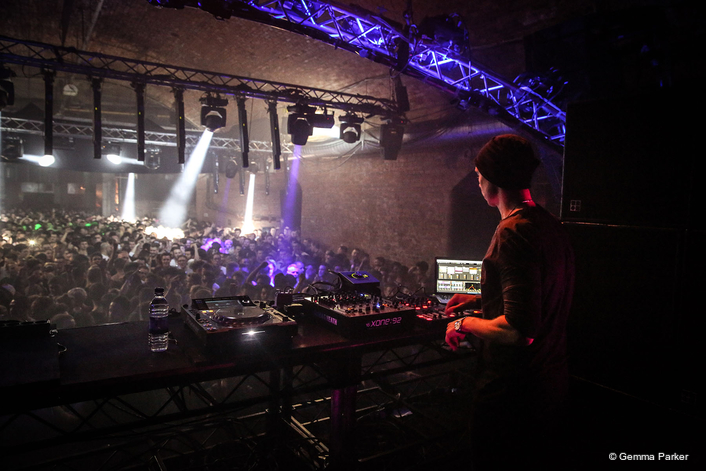 Tucked around the stage floor – which was tight for space - were another four Alpha Spot HPE 575s.

The four room trusses were each loaded with two Alpha Spot HPE 575s, an Alpha Wash 300, one Atomic and four Showtec Sunstrips.

The fixtures on these trusses were also matched in the bar off to the side at the end of the room, effectively extending the dancefloor into this area as well.

All these lights were controlled via one of dbn’s Pearl Expert Plus consoles. WHP supplied a selection of regular VJs, who brought their own front-end content and control systems, simply patched into the screens and ran their visuals.

Room 2
This spun 180 degrees in orientation from the last WHP season at Store Street in 2012 and the stage faced the same way as the main room stage, an arrangement that worked really well for crowd flow and noise containment. Although the stage space was slightly reduced in this format, both that and public area actually felt much bigger!

A structure of trussing uprights was built behind the stage with a scaffolding grid anchored across it horizontally … and the DJ riser in front.

On that scaff grid, the design featured 19 x Chauvet Nexus 4x4 panels all rigged on their diagonals which is trickier to do, but the architectural effect far more dynamic! There was a centre cluster of 3x3 Nexus panels and then five in an L-shape either side – all on their diagonals. Eight active Sunstrips followed the outside edges framing the Nexus panels.

An Avo Tiger Touch was provided for control, with the Nexus panels and Sunstrips pixel mapped enabling a vast selection of funky and animated patterns to be run through the fixture ‘wall’. Four CP Alpha Beam 300 moving lights were also rigged on this structure.

Above the dancefloor were six Alpha Spot HPE 300s and four Atomics, attached to scaff poles in the roof – also originally installed by dbn. 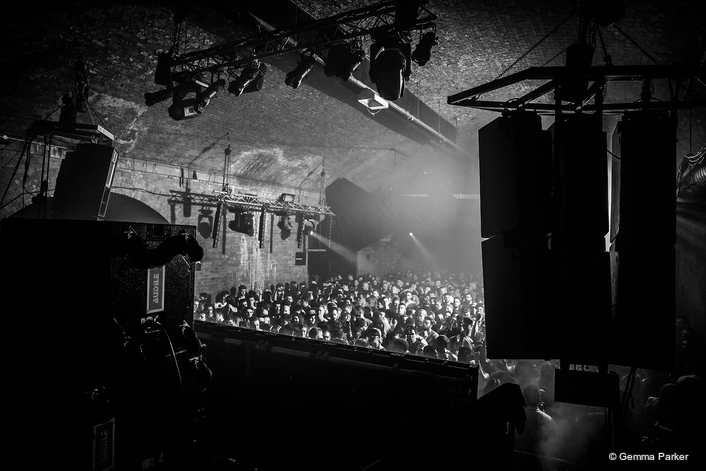 The Chill Out room was also a sponsored area, so to make a striking visual centrepiece, dbn created a lighting feature utilizing large bulbs with flickering filaments. This really captured the atmosphere, while the rest of the room was subtly lit by LED up-lighters grazing the walls.

The venue’s six pop-up bars were illuminated with around 90 x PAR 16 ‘Birdies’.

Robinson had about 30 drapes specially tailored for the space to provide acoustic deadening and to partition off areas for dressing / green rooms, etc. as well as for masking off some of the more prosaic environmental features of the car park!

dbn’s regular operators for the season were Anthony Owen in Room 2 and Colm Whaley and Ed Croft, who split the main room console duties between then. 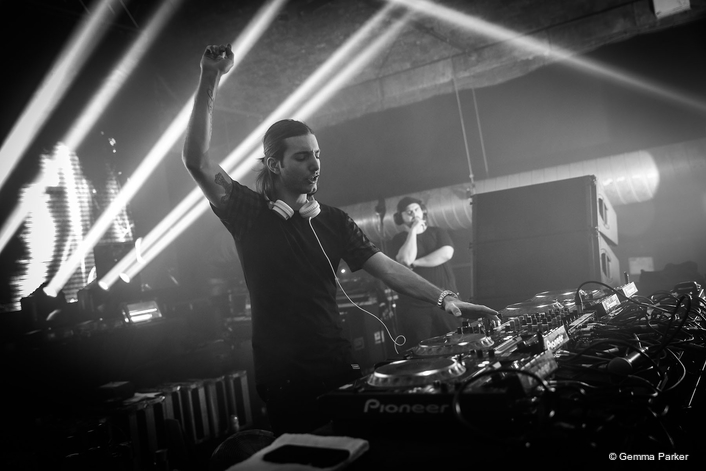 Pete Robinson comments, “We were’ delighted to be back working with the WHP team. There are many very dedicated, passionate and talented people involved across multiple departments who worked hard to make it happen every weekend, and we all enjoyed the challenges and delivering high production values that looked and sounded great.  The vibe is fantastic and the results and the success of the concept I think spoke for themselves”.