Painting the Cornfields with Luminosity 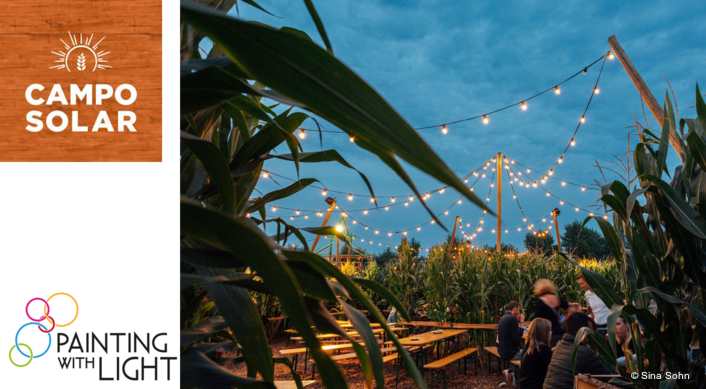 Visual design specialist Painting with Light (PWL) was asked by the organizers of the 2019 Campo Solar Festival in Belgium to create site-wide ambience and a warm comfortable inclusive empathy utilising light … spreading some special magical luminosity around their unique location in the corn, wheat and sunflower fields along the Pijpeweg in Damme, near Brugge. Organised for the first time in 2018 by six friends who love gathering a diversity of people together to engage in family-friendly social activities, this truly different two-day boutique event was a runaway success.

This year, they upped the ante in terms of presentation. They wanted to enhance the fantastic moods that can be created with lighting while emphasising being ‘at one’ with nature in this incredible environment, so PWL added its own very special brand of atmospheric engineering.

More entertainment areas were added this year, complete with a full line-up of mainly local bands and DJs on three stages, and most of the action – including a full complement of food concessions – was spread across three different fields – corn, wheat and sunflower – which became PWL’s three lighting ‘zones’ for this already very charismatic creative space. 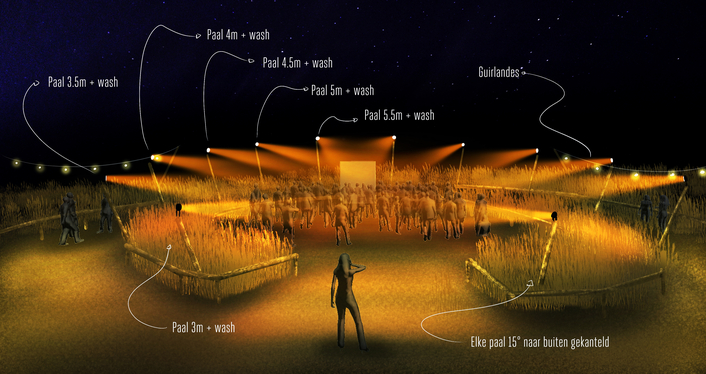 The organizers initially wanted decorative LED festoon lighting along the walkways. The idea evolved into around 1.6 kilometres of this being rigged on a series of poles driven firmly into the ground via a crane with a special attachment. The poles were inclined at different angles to get a quirky look.

The sloping pole idea worked so well that it was extended around all the fields. The poles in the cornfield were alternately angled and those in the wheat field were angled in the same direction. 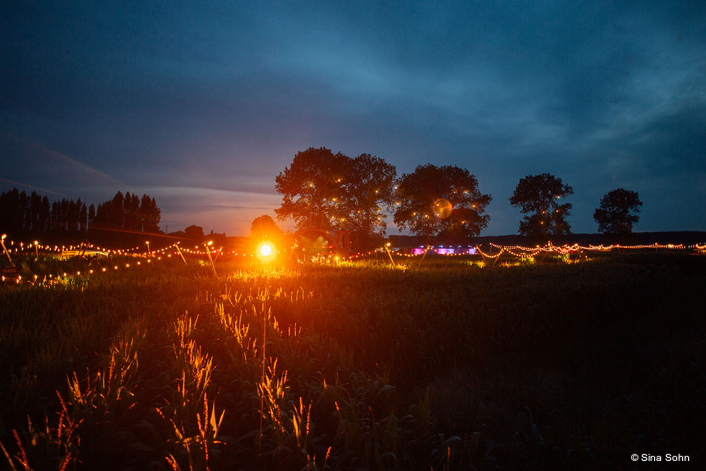 These also served a practical health & safety role as well as being highly decorative … lighting the pathways so guests could safely negotiate around the fields.

Elsewhere around the site, the PWL team specified a mix of fixtures to achieve several different lighting treatments in different areas.

Forty Chauvet ColorDASH Accents were deployed to highlight the neighbouring environment around the fields.

‘The Barn’ was an open space used as a techno room, so the requirement for lots of beam technology that would fill the air with lots of uniform colour-changing moving beams was created using 24 x Prolights PIXIEBEAM LED moving heads, also chosen for their small size.

Peter and Jo created a special light art installation work in one of the fields utilising four Robe MegaPointes in a tower and a series of mirrors which had massive impact!

The mirrors were positioned around the outside of the space and lit with the MegaPointes which were centrally located in the designated area – the positions of both elements selected to be harmonious with the actual space. Together, the light beams bouncing and refracting off the mirrors created near-virtual architectural structures that filled a large area without any physical objects … tailing off into infinity up in the sky.

The story was then told through creating custom patterns and texturing through the lighting combined with the mirror surfaces. 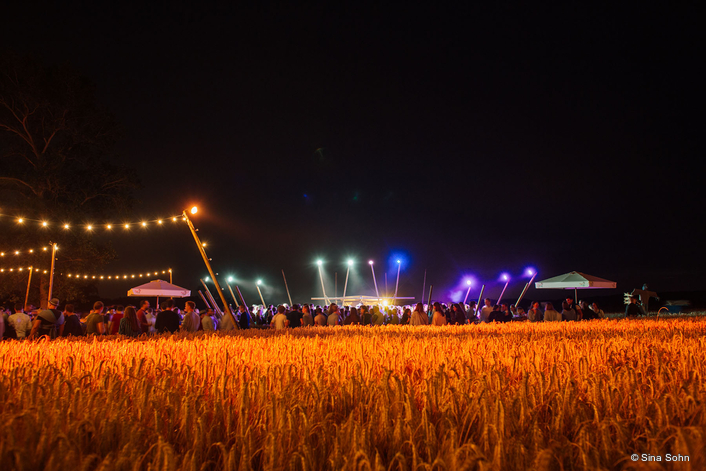 People could walk underneath and through the beams and experience something completely unexpected … like a playful surprise!

MegaPointes were selected for their intensity and being able to produce the powerful very narrow collimated beams needed for the effect.

For Peter, lighting this art installation was one of the highlights of the design as it was a ‘brain teaser’ to create an aerial structure whilst keeping the technology concealed!

Several StudioDue CityColor LED floods were rigged on scaffolding and other structures to provide general lighting including around the entrance. Particular care was needed in lighting the entranceway as was where guests had their first impressions of the event.

Numerous quantities of large clear lightbulbs with funky LED filaments became part of the house lighting in the canopy tents, crated into chandeliers and other formations based on inverting the shape of the tent ceilings.

PWL’s creativity in lighting the event had exactly the effect that the organisers wanted – it was very much noticed and commented on by the 10,000 people who came to check out and enjoy the festivities.

The colour schemes were based on shades of tungsten – warm and welcoming – with cosy warm whites and other hues that mixed well with the amber of the crops and the vibrant yellow of the sunflowers. Each field had its own particular shading and tonal subtleties.

Challenges for PWL included delivering on budget and to everyone’s expectations!

This was achieved with the smart application of their combined knowledge and imagination, nimbly taking some original / DIY ideas to a higher level. Also having the confidence to choose an excellent set of lighting fixtures and use these intelligently and resourcefully to deliver the energy and the vibe envisioned for the client. 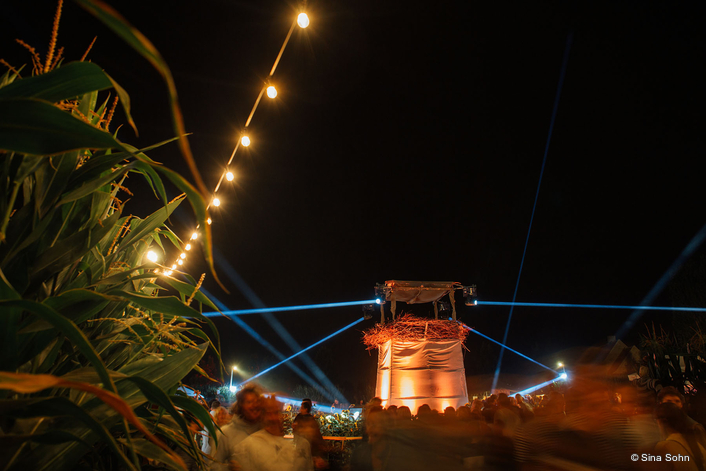 It all had to run on generator power, and another challenge was blending this essentially large lighting installation into the beauty and wildness of the surroundings, evoking a natural feel, and ensuring that crops and plants didn’t get damaged in the process.

Campo Solar organiser Karl Standaert concluded: "With their expert advice and bright ideas, PWL has taken our lighting installations and experience to an even higher level. Campo Solar was thus transformed into a magical, cosy and atmospheric lighting paradise that our visitors enjoyed to the fullest."