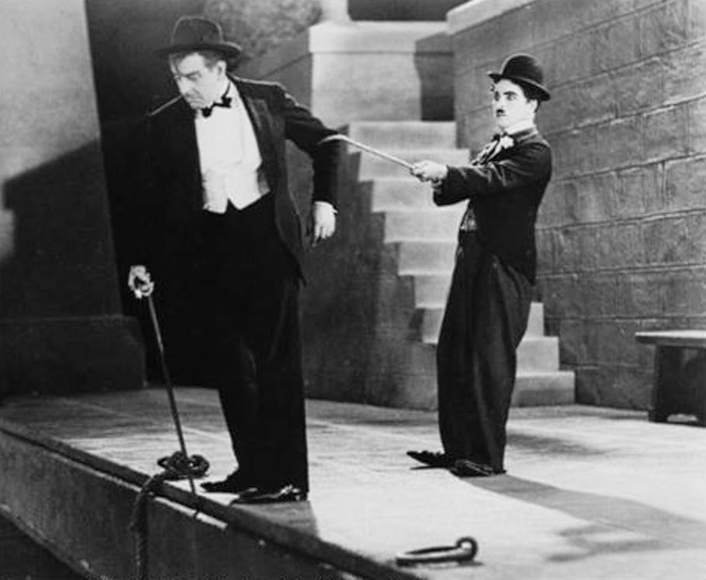 “Be careful how you're driving.” – The Tramp, “City Lights,” Charlie Chaplin Productions, 1931

Years ago, I had a good acquaintance who wrote about all of the latest technology and kept folks abreast of what’s hot, what’s not. There’s nothing unusual about that but he had a penchant for dressing in 1940’s clothes – suits, shirts, shoes and yes, he drove an old car. You know, with a brake, clutch and gear shift.  He also wrote and performed in plays about the era.

The last I heard, he was living in Hilo, Hi, off-the-grid with solar power, water well, you name it.

I thought about him the other evening as I carefully put one of my 78 rpm records on the turntable to enjoy some unwind time.

Yes, I also have a reel-to-reel tape player but very rarely use it.

And yes, I have my aging smartphone in my pocket just in case someone needs to get ahold of me right away …  There’s only so much retreat from advanced technology I can handle. 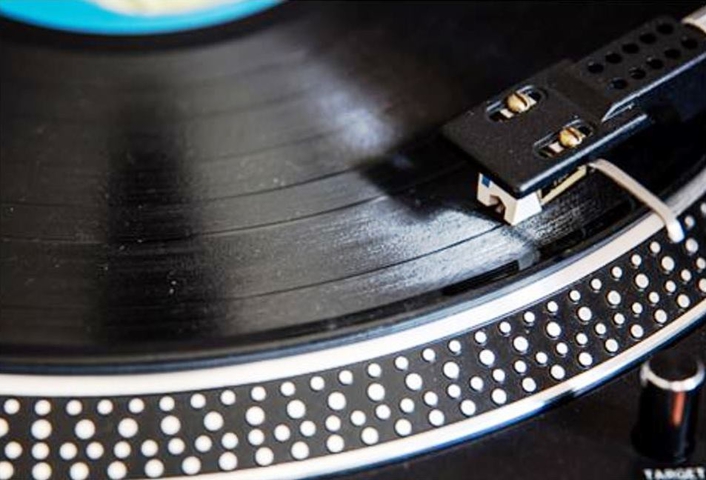 Sweet Sounds – Listening to streaming music is good white noise when you’re working or just want to cut out the world around you; but if you really want to immerse yourself in beautiful audio, nothing beats the plain old vinyl record that continues to attract musicians and audiophiles.

The great thing is even my son likes the records.  He thinks Count Basie, Dave Brubeck and the records of other musicians we have played great music. That’s a pretty good endorsement coming from someone who creates electronic music.

Cassettes, CDs and MP3 storage all but put an end to vinyl records.

It’s so bad that today there are probably only 5-6 record pressing plants in the world and all of them punch out records on equipment that’s older than my dad because no one makes the systems anymore. In fact, most have spare systems they scavenge parts from or hand tool the parts.

Vinyl music has enjoyed resurgence over the past couple of years but sales certainly aren’t going to get back to “the good old’ days.” 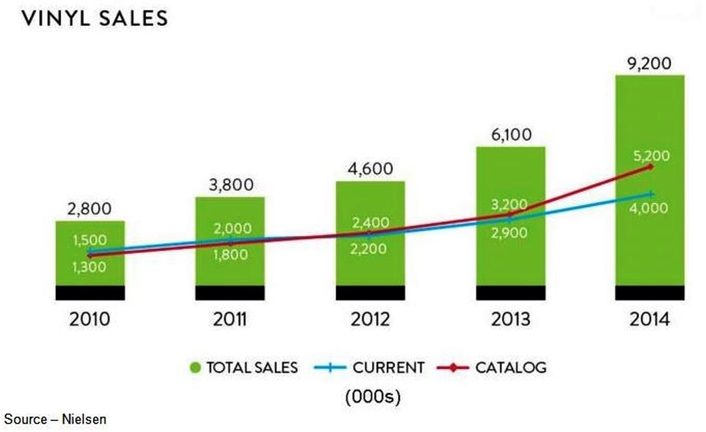 Not Overwhelming But – When industry analysts say record sales are soaring, you have to keep the starting point in mind.  Like the equipment to produce them, they almost disappeared but have enjoyed modest sales increases in recent years.

Nielsen reported that last year, more than 9.2M vinyls were sold in the U.S. -- a whopping increase of 52 percent over the previous year.

In Europe, more than 10M records were pressed.

David Bowie (before his death), Pink Floyd, Arctic Monkeys, Led Zeppelin and a growing list of rock musicians and groups have all  made special releases of their songs and albums on vinyl.

Official Charts Chief Executive, Martin Talbot said, “Releasing music on vinyl appeals to a growing number of artists, who see it as a ‘badge of honour’ that symbolises the very essence of the Rock ‘n Roll culture.”

While the numbers are nowhere near the records of 20 years ago and undoubtedly never will be, it does illustrate that as rapidly as we move technology forward, stuff just never really dies.

Remember when the iPad was going to kill the Kindle? Amazon just kept moving along and introduced yet another one a few months back and there were predictions that the Kindle/iPad/electronic books would kill books.

Still, last year, more than 600M books were printed and roughly 55M newspapers are delivered to homes every day.

Zip discs, CDs, DVDs and USB sticks were all going to mark the demise of the 3.5-in floppy (and each other in turn) yet today, more than 50M floppies are sold every year.  Don’t ask me who bought them; I haven’t touched one since I swapped a whopping 20MB Microscience HD for the floppy in my DG (Data General) -1.

While today’s filmmakers really like the quality,  performance and economy of digital cameras/workflows, there are still some industry luminaries  like Steven Spielberg, Quentin Tarantino and Christopher Nolan who swear only celluloid can deliver the depth and beauty of a film. 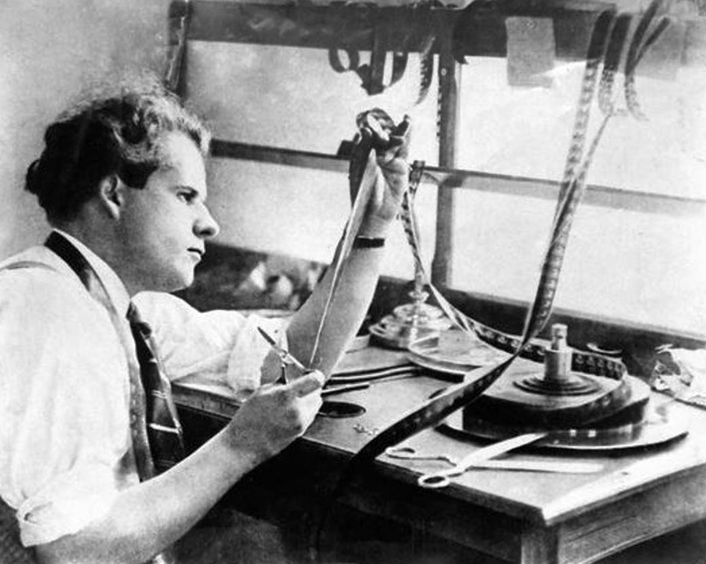 Editing – There certainly wasn’t anything glamorous about editing films back in the celluloid days; and you have to admit, audio and video production/post production people can certainly add great excitement, interest and overall feel with today’s digital video storytelling tools.

That’s probably why Kodak launched their “Analog Renaissance” when they reintroduced their Super 8 cine camera.

I don’t think the teams at Sony or Blackmagic will follow just because Kodak is trying to revive a format they abandoned more than three decades ago.

Most of the Indie filmmakers I know wouldn’t give up their new rugged, compact and inexpensive digital cameras. And who can blame them?

The old approach to movie-making may have been magical when the project was done, but production was slow and tedious.

Organizations like SMPTE (Society of Motion Picture and Television Engineers), AMPAS (Academy of Motion Picture Arts and Sciences) and the U.S. Library of Congress have worked diligently to preserve yesteryear’s film and digital work.

There are also places like Hollywood Vaults in Los Angeles that carefully protect and preserve the personal photo, audio and film works of such greats as Bing Crosby, Bob Hope, John Wayne and hundreds of other stars and producers of the golden era.

Unfortunately, the treasures are locked away and can’t be seen unless you have a special invitation from one of the relatives … or the facility owner.

Still, there are filmmakers and film collectors around the country who invest a lot of time and talent to preserve the history of film for future generations. 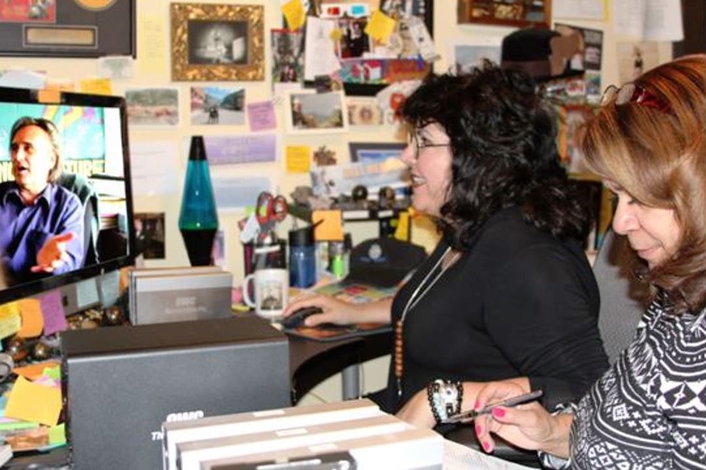 Preserving Yesteryear – Sue Lawson (r) and Antonia (Toni) G. Carey log hundreds of hours of film and video interviews for their documentary on the history of filmmaking in the Midwest.

For example, Sue Lawson of ChicagoEdit, teamed up with Nick Palazzo and Antonia (Toni) G. Carey, of TONICK Productions, to preserve the history of film in the Midwest.
They devoted months reviewing hundreds of hours of interviews, archival footage and rare films

Their goal was to protect the living art of film in an hour-long documentary. They also wanted to preserve the original content which could never be reproduced if it was lost, deleted or the film deteriorated.

Lawson recalled that some of the stories were humorous while others were serious.

When the project is completed and the film is released, the three hope to be able to make it available to film schools across the country to help students and anyone interested in the world behind movies to understand the living art of film.

Visiting Technology’s Past
We’re lucky here in Silicon Valley because the industry came together long ago to preserve our rapidly changing technology at the Computer History Museum.

It’s a great way to see how fast we’ve advanced in such a relatively short period of time.

But for folks who want to visit and own their own piece of the past, nothing beats the non-descript building that houses Weird Stuff. 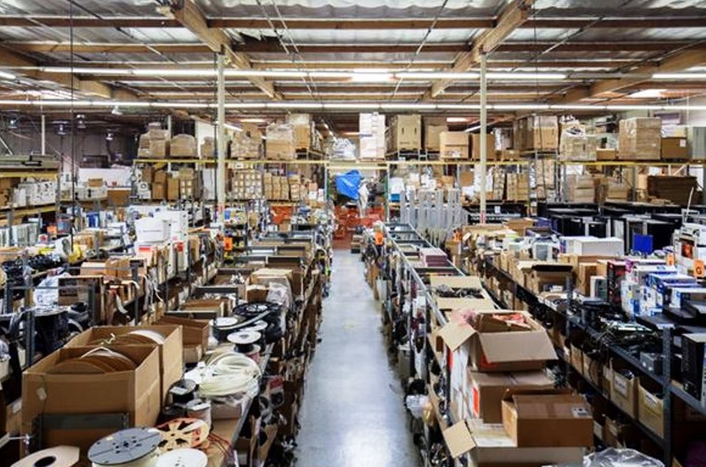 Nostalgia Row -  Silicon Valley’s Weird Stuff store is an excellent place to find that piece of technology you simply want or have-to-have.  The retail outlet is packed with yesterday’s sure things as well as the equipment that now defunct start-ups had to sell off for pennies on the dollar when they went bankrupt.

Weird Stuff is probably the best place to visit to see the companies (and products) that were launched with a lot of bravado and tons of money only to flame out.

The building teems with hundreds of laptops and desktops; C.P.U.s, orphaned cubicle partitions, tons of chips, whiteboards, cables for just about anything, products young and old and probably more than a few vacuum tubes.

It’s a reflection of the Silicon Valley ecosystem where dreams go to die.

Weird Stuff is a testament to how quickly new tech ideas and products come that aren’t designed with the idea they will last as long as my turntable or even my daughter’s three-year-old Mac notebook  that has been upgraded twice with memory and storage add-ins from her favorite online solutions provider.

There are some technologies that die a fateful death and never return.

But there are others that are dressed up in new skins with new bells and whistles added with the idea (hope) that you’ll see the added benefits and discard yesterdays stuff for the newer, better stuff.

Sure,  the new iPhone may look sexier than that iPhone 3 you have in your desk drawer, but does it make better calls, deliver text messages faster, grab your emails or let you get to your favorite website any better?

Last year, the U.S. auto industry reported record sales and now they’re pushing all the new self-driving, self-parking, self-serving technologies; but is all that going to make a difference?

The average car on the road is still 10 years old. It’s paid for, gets you from point A to point B (and back) and a regular mechanic can work on it for you.

Recent Edmunds and Nielsen reports found the connected generations were less interested in having a car than their parents.  They’d rather focus on minor things like home loan payments/rent, healthcare, food, utilities, taxes, family vacations and dinner out now and then.

Does the new integrated audio system give me better sound or what I need to relax and withdraw?

When the record is finished and the book has been read, I’ll be ready to attack the next day knowing The Tramp was right, “Tomorrow the birds will sing.”

Innovation Comes in Large, Small Increments
It’s All About the Consumer, Not Social Domains
2016 – A year of Technology Cloud Bursts, El Nino-Like Changes