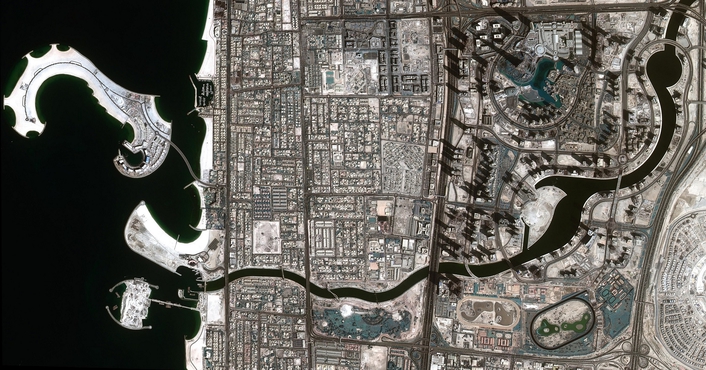 Point a reasonably powered telescope at the planet Mars and you will see the so called canals beloved of science fiction writers. Turn that scope around to view Earth from Mars and a new canal is clearly visible at the heart of Dubai; and this one is no fiction. Cutting an elegant swathe through the city, the new Dubai Canal opened with a spectacular ceremony hosted by His Highness Sheikh Mohammed bin Rashid Al Maktoum, Vice President and Prime Minister of the UAE, and Ruler of Dubai. When it came to providing the ultimate in fanfare, drama, and excitement, creative agency and show producers Prodea Group, engaged the services of Protec, the Middle East’s largest and best known specialist event technology provider.

“With such a prestigious opening spectacular nothing can be left to chance,” said Paul Flint, Head of Production International Team for Prodea. “The delivery of this event by Protec did exactly that; their attention to detail was superb.” 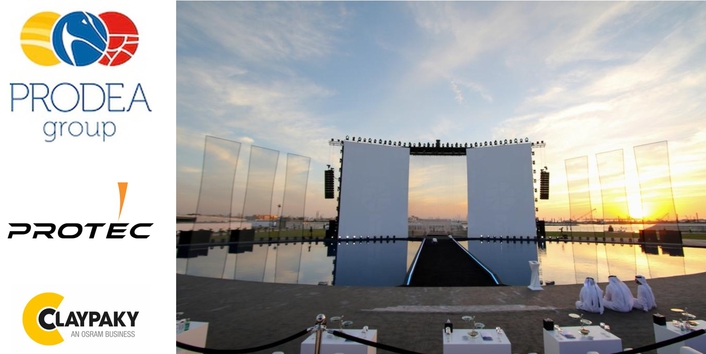 With over three kilometres of canal side to cover, the provision of equipment was huge, as Protec’s project manager for this event Simon Travis explained. “Prodea is an Italian company, they brought a clear creative vision for the event. The brief they gave us was to support their vision; to create something spectacular with lighting, audio and video, with an element of automation for the aerial artists on the main stage. As such the project engaged almost all the skillsets within Protec. With such a large waterfront to cover we broke the job down into manageable chunks for all departments; Pre-function VIP arrival area; Inside of the VIP tent; Main Stage presentation; The Canal itself; and the Legacy Zone.” 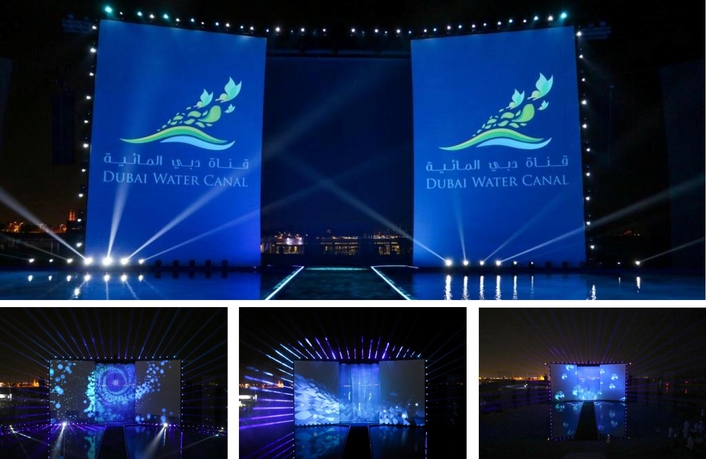 “Lighting was arguably the most stretched department, over three kilometres of canal bank each side takes a huge commitment of resources. Over 430 Claypaky lights have been used: Alpha Spot 700 were complimented by large numbers of Sharpy, Super Sharpy, K10 and K20 B-EYE’s, Scenius, Mythos. Arguably the most artful lighting was based around the aerialists performance. Here we used the Clay Paky Scenius, taking full advantage of the shutter function to minimise spill off the water to spectacular effect. MA Dot2 and two full-size MA2 were used at main locations, controlling an armada of lighting largely, drawn from the Clay Paky range.” 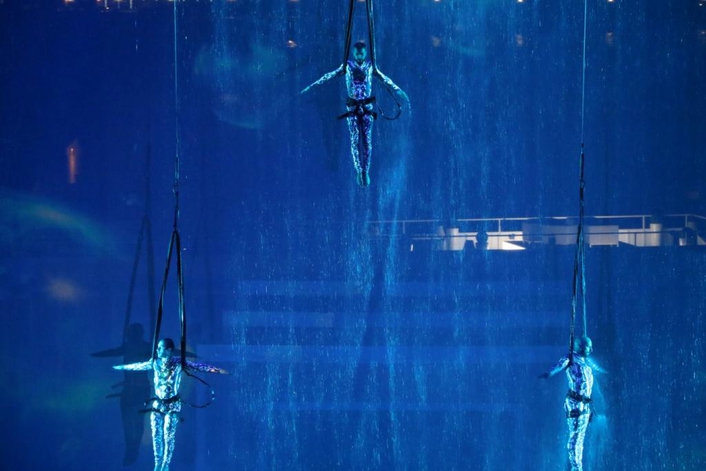 “Video experienced the most taxing times, this was a big projection show running content provided by Prodea who also brought their own media servers. There were two main elements, a dozen Barco HDF 30Ks were deployed for the main stage, plus another eight mounted to four towers for the water screens along the canal. The water screens proved problematic in that coastal winds made them unstable, backward spray rendering the projected images indistinct. Chris Wimbush, our head of video, had his team resolve the problem by installing gauze grids to stabilise the water-screens. But this introduces another problem; water screens are a back-projection surface, but gauze based water screens perform best with front projection, so the four sets of towers and their respective projectors, had to be re-positioned to the opposite side. 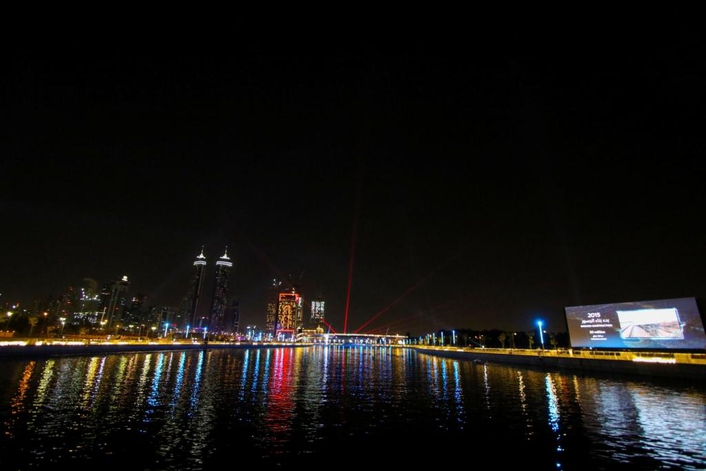 Flint was delighted, “Our client, the Dubai Roads and Transport Authority, wanted an event that reflected the importance of this massive engineering project and Protec helped us achieve that with style and taste, and with minimum of fuss. Linking as it does, Deira and Bur Dubai through the extended waterway of Dubai Creek, Business Bay and Dubai Water Canal, we are sure the new canal will benefit the Dubai community for many years to come.” 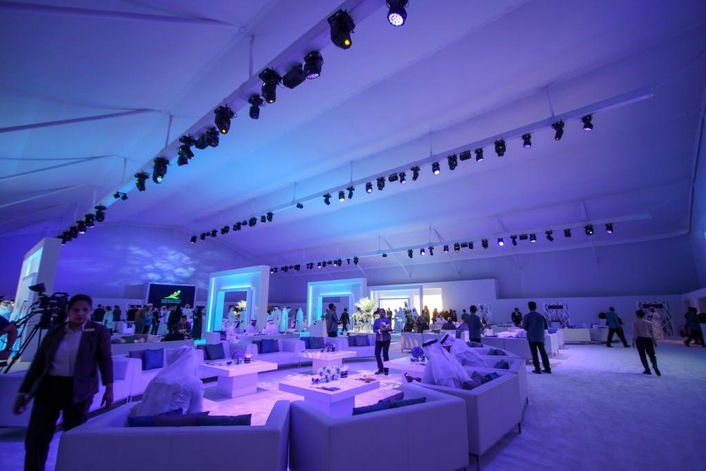