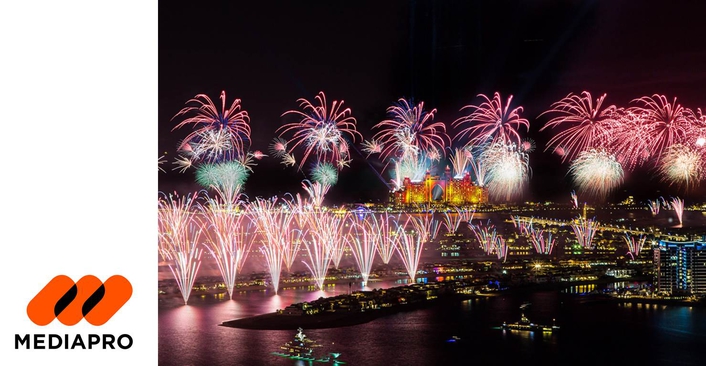 The fireworks started at the Burj Khalifa as the iconic tower lit up in a brilliant show of colours and designs. For the next 15 minutes, thousands of people on Dubai’s beaches were entertained to more fireworks with the Burj Al Arab also providing stunning reflections of the galaxy of colours.

The world record attempt started well after midnight, with the crescent lighting up at around 12:20pm after the shows at the Burj Khalifa and the Burj Al Arab were completed. More than 200 pyrotechnicians planned the show at Palm Jumeirah and the islands of The World for over 10 months and Phil Grucci, the show’s choreographer and man behind ‘Fireworks by Grucci’ had every inch planned to perfection.

Broadcasting the fireworks with a 50-strong team, 4 helicopters and 9 RF cameras
ProTV, with the technical and staff support provided by Mediapro, produced a unique and spectacular firework display which is set to be included in the Guinness Book of World Records. ProTv / Mediapro covered every detail of the biggest fireworks display of all time for Dubai TV and for networks from all over the world. The Dubai New Year's Eve Fireworks Display stretched over 100 kilometers along the Dubai coastline, which boasts of an archipelago of man-made island.

The production featured 54 specialized technicians, 4 helicopters with RF Cameras, 1 RF Camera in each one of the 3 skyscrapers, 1 RF Camera in tPe World Island, 1 RF Camera on the beach on Palm Island, 1 HD OB VAN with 4 cameras and 1 Jimmy Jib and 2 DSNG. All production points (including the helicopters) were connected by an intercom system that also helped to guarantee the synchronization with the event production team. In addition to the 6-minute broadcast from Palm Island, a 15-minute broadcast was also created of the fireworks at the Burj Al-Arab Hotel. 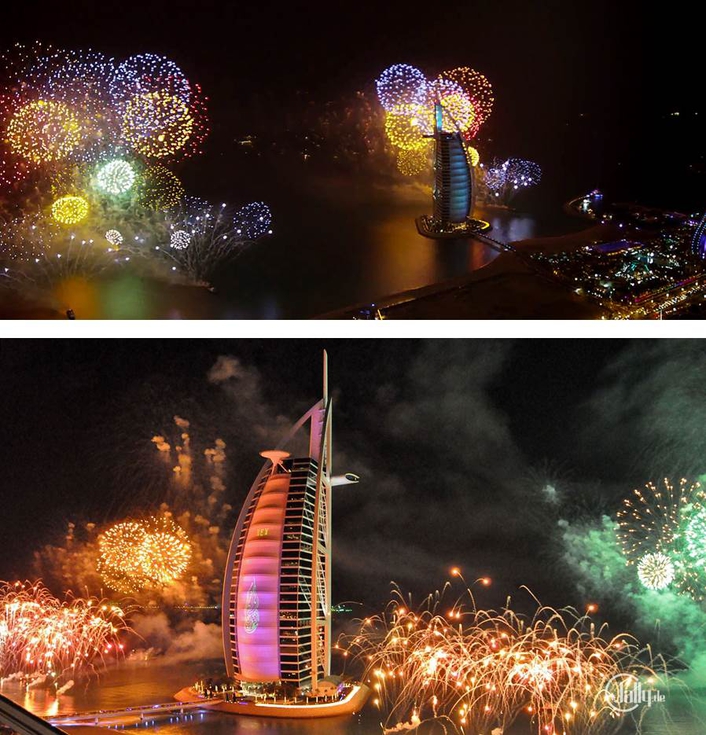