The Neue Philharmonie Berlin on Tour with Stage Tec 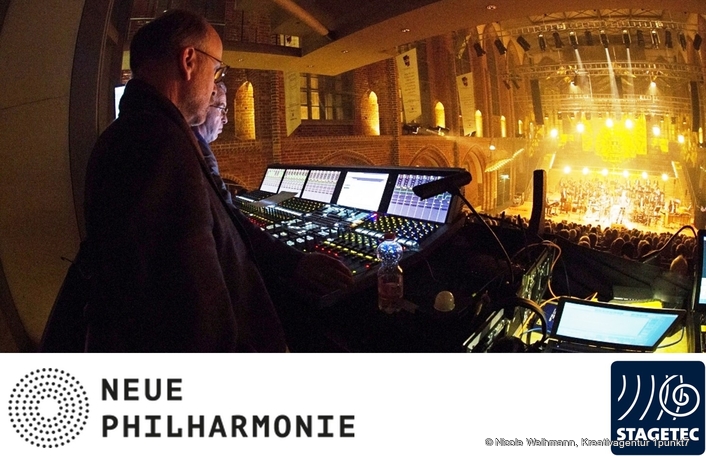 Latin-Jazz Sinfónica! with CRESCENDO and NEXUS

“The unusual placement of the rhythm section with congas, marimbas and drum kit in front of the classical orchestra poses a challenge for sound reinforcement,” commented sound designer Christian Fuchs. “Additionally, the changing venues are demanding in terms of acoustics and demand a lot from the live mix. After all, the mix should be a listening experience for the audience.” Christian Fuchs, Application Specialist for Theatre and Live, has over 10 years experience with classical open-air concerts. He is accompanying the tour as the sound engineer on the CRESCENDO. 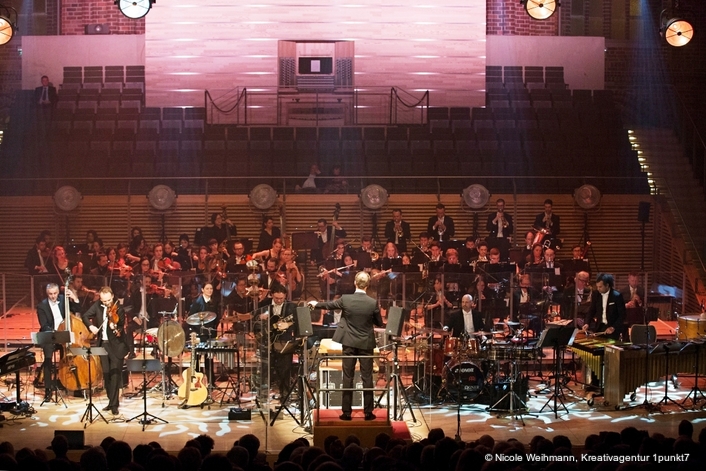 Orchestra and rhythm section of the Neue Philharmoniker on stage with the Latin-Jazz-Sinfónica!

The CRESCENDO platinum has 32 faders and serves as the FOH mixing console. A brand-new feature was employed when creating the pre-mix for monitoring the rhythm section. This is predestined for sound reinforcement rehearsals and will be included in the upcoming software release: the bypass function for each aux VCA individually. The VCA hierarchy has also been tested successfully.

The CRESCENDO is embedded in a NEXUS network with 6 Base Devices and equipped with 3 powerful RMDQ DSP boards. Since NEXUS does not require any fans and is therefore completely silent in operation, the Base Devices can be simply distributed on stage. One NEXUS stands in front of the conductor, where percussion and drums are placed. A second NEXUS works at the monitoring desk, which is connected via Dante. Two NEXUS’ are placed at the FOH CRESCENDO console, and two further Base Devices are distributed in the orchestra.

The Neue Philharmonie orchestra is a non-profit limited company with two goals. On the one hand, it enables outstanding musicians from all over the world to gain orchestral practice and expand their repertoire. On the other, the Neue Philharmonie wants to bring classical music to small and mid-sized German towns which cannot afford their own orchestra. 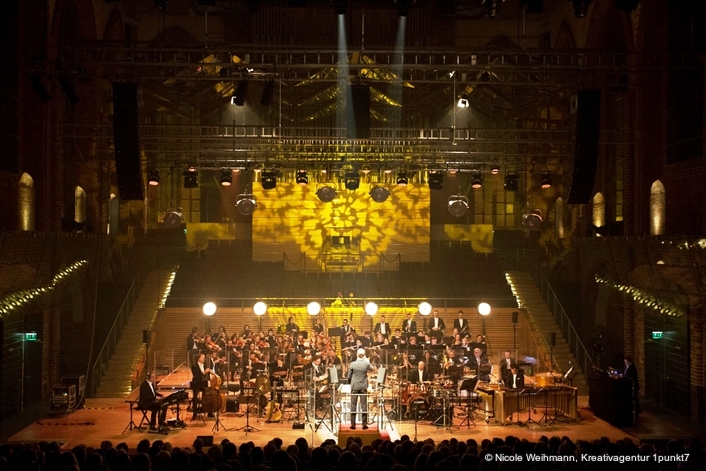 Orchestra and rhythm section of the Neue Philharmoniker on stage with the Latin-Jazz-Sinfónica!

Latin-Jazz Sinfónica! is the first cross-over concert given by the Neue Philharmonie. World music, jazz and classical music merge in original compositions and arrangements of popular melodies in a way never heard before.