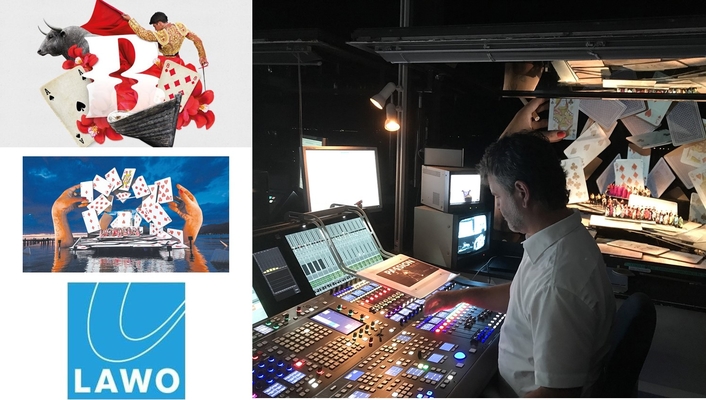 Gernot Goegele working on the mc²96

Lawo, manufacturer of pioneering network, control, audio and video technology, today announced that its new Lawo mc²96 console has been installed in Bregenz, Austria, to support sound reinforcement and directional listening systems for a sold-out run of Georges Bizet’s “Carmen” at the annual summer Bregenz Festival, taking place on the “Floating Stage” at Lake Constance. The previously installed Lawo systems simplified an upgrade of the production console, which plays an important part in the production’s remarkable use of sound as a complement of the on-stage performance.

Sound designer Alwin Bösch and sound engineer Gernot Gögele shifted from the Lawo mc²66 production console they had used at the Bregenz Festival since 2005 to a new IP-based Lawo mc²96 grand production console, which was installed just prior to this year’s live opera performances. Although memorizing the new operating sequences took a few days, Bösch and Gögele were up and running with the mc²96 workflow within a week.
“The new production console is outstanding,” said Bösch. “The technology is state-of-the-art, and the system can do just about anything. Together with Lawo, we adapted the mc²96 to our specific sound reinforcement needs.” 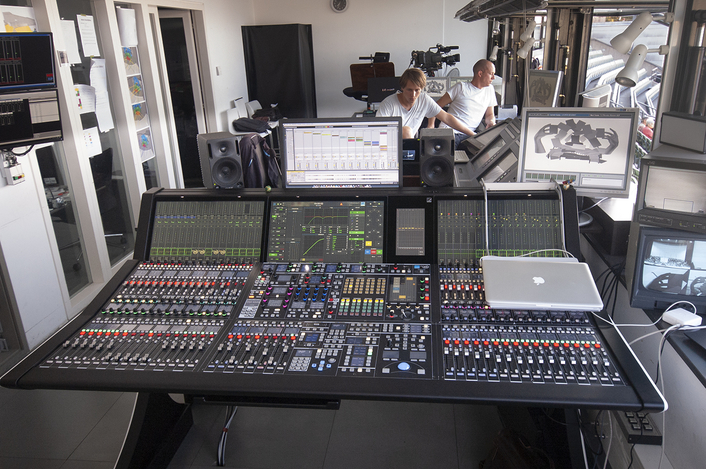 the mc²96 at the Bregenz Seebühne

Despite the differences between the two Lawo consoles, many settings of the mc²66 could be directly transferred to the mc²96. Peripherals — including Lawo DALLIS I/O components — remained unchanged, so there was no need to repatch the Bregenz directional listening system (64 inputs to 128 outputs, 800+ loudspeakers) that supports an immersive experience for the audience. The new mc²96 console gives Bösch and Gögele a convenient double-layer function, with two vertically arranged faders per channel strip allowing them to change audio settings while remaining in the sweet spot near the open window of their control room. (No speakers are used for monitoring.) The console also features a failover system that can be managed via laptop.

“The response to the new console is amazing!” said Wolfgang Urstadt, head of the technical department in Bregenz. “Everything seems to be working and everyone is very satisfied. The transition went smoothly.”
The four Lawo HD cores supply the raw DSP power and routing capacity essential to the wave field synthesis (WFS) that drives the Bregenz sound reinforcement system. WFS produces artificial wavefronts, generated by a large number of individually driven loudspeakers, that simulate the movement of sound from a particular point of origin. During “Carmen,” this technique was used to “move” singers and the orchestra to match visual shifts in scene, such as the movement of shepherds into the mountains, as well as more notional shifts, with a singer’s voice seeming to come from the heart of the auditorium rather than from the stage.

“Situated in a 7,000-seat open-air amphitheater with an amazing organic sound and Lake Constance as a backdrop, the floating stage at the Bregenz Festival is understandably a popular attraction for opera aficionados,” said Andreas Hilmer, Director Marketing & Communications at Lawo. “Over the years, we’ve enjoyed a great relationship with our friends at Bregenz, and we’re proud that Lawo systems will continue to support the wonderful performances staged each year at the festival.” 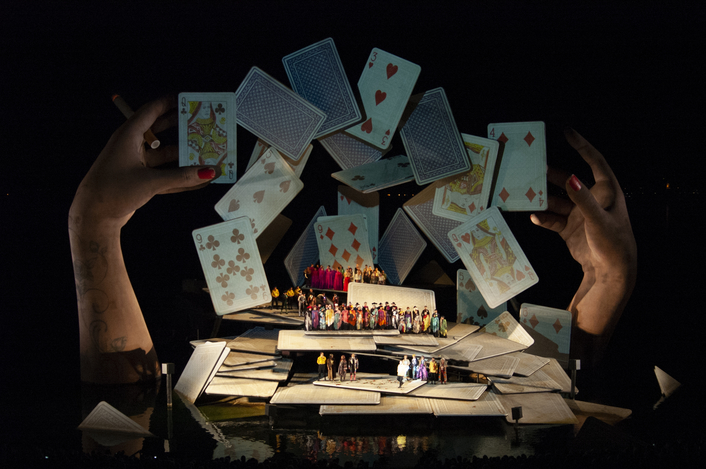