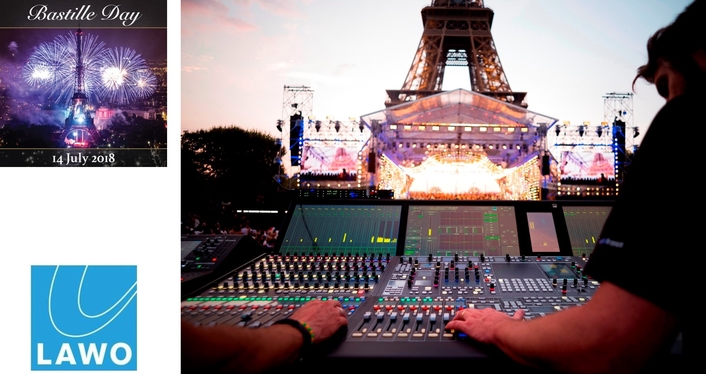 Live FOH and broadcast production on a new level

All of France marks the beginning of the modern French Nation each year on 14 July, with events taking place all over the country. As in previous years, Lawo mixing consoles provided the highest possible audio quality for more than 500,000 Concert de Paris spectators at the foot of the Eiffel Tower.

The Concert de Paris is one of the largest classical music events held anywhere in the world, and is followed by a traditional firework display. The show – featuring the National Symphony Orchestra and the Choir of Radio France, along with internationally renowned soloists – was relayed to TV viewers and radio listeners in France and beyond with the Lawo setup. 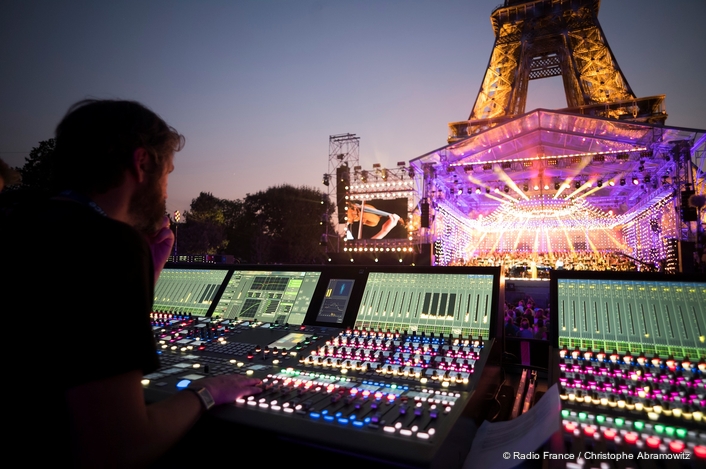 For the central celebrations on the Champ du Mars next to the Eiffel Tower – the highlight of the National Holiday – Radio France used an mc²96, Lawo’s flagship audio production console, for ultimate FOH mixing performance. Four hands operated the large mc²96: those of Stéphane Desmons took care of the orchestra, while Alexandre Martin was in charge of the choirs and solo singers. On the stage, the monitoring position was equipped with an mc²36 operated by Stephane Touvenin. In Radio France’s OB Truck n.5, an mc²66 was in the expert hands of Laurent Fracchia for the live broadcast of the event on France Inter and France 2, the main public radio and TV stations in France 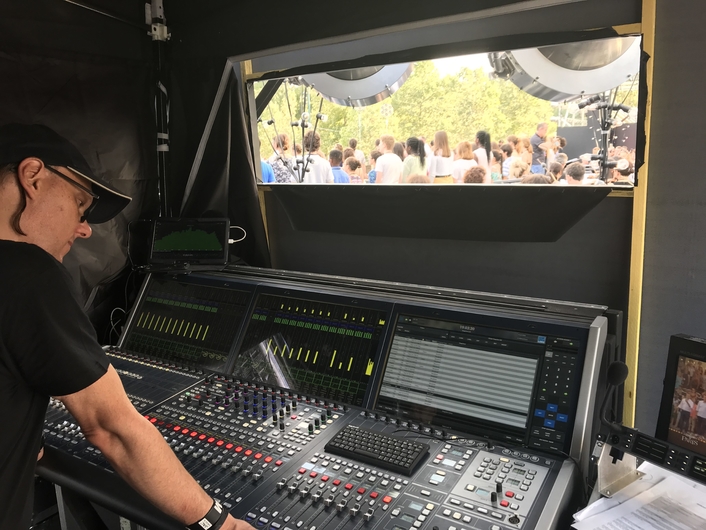 “The super comprehensive interface and advanced multi-user features of the mc²96 gave us the opportunity to reduce the quantity of equipment we needed, while increasing the working capabilities of our sound engineers,” says Bruno Lompech, head of the Radio France Sound Reinforcement Department.
“The show was flawless and gave us a new opportunity to demonstrate the power of our solutions in such large-scale events,” adds Joffrey Heyraud, Lawo’s Sales Director for France. 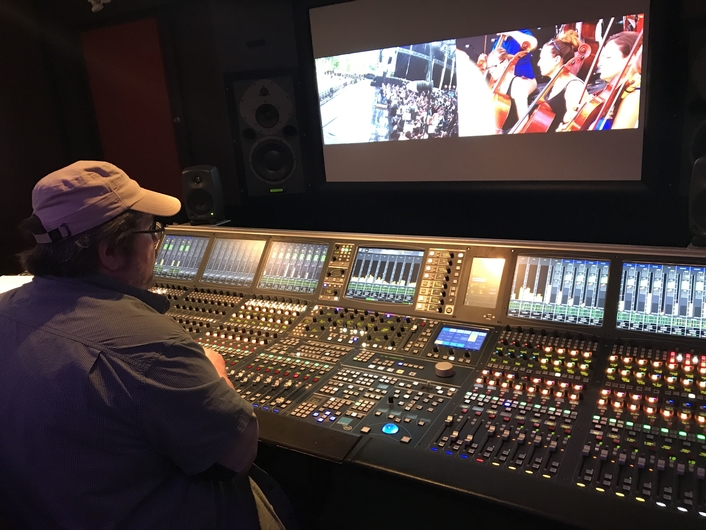 This world-class concert was immediately followed by an amazing fireworks show on the Eiffel Tower – a wonderful opening to a historical weekend, which concluded with the climax of “Les Bleus” victory in the FIFA World Cup.