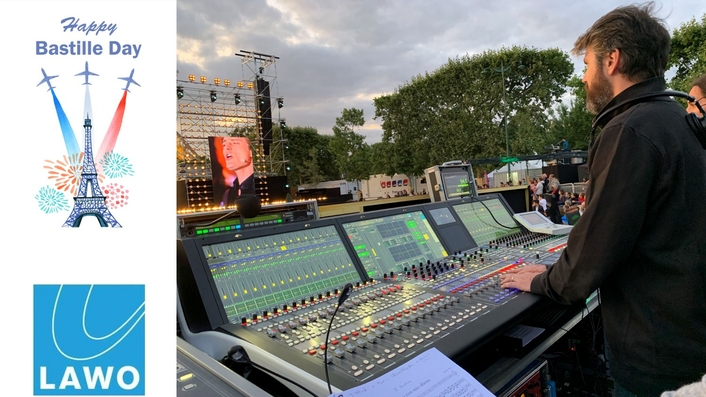 On 14 July 1789, troops stormed the Bastille in Paris during the French Revolution. Just one year later, the first Fête de la Fédération was held to celebrate the establishment of a constitutional monarchy in France, following the inspiration of a French textile worker, who presented his design for a festival celebrating the Bastille’s storming. Now formally La Fête Nationale, the tradition continues each year with parades, music and firework displays. More recently, German broadcast innovator Lawo has become an integral part of the celebration.

Central to the Paris celebration is the Concert de Paris, held at the foot of the Eiffel Tower. It is one of the largest classical music events held anywhere in the world and is followed by a spectacular fireworks display, attracting thousands of live spectators. The concert is broadcast on France Inter, on France 2, and to 3.13 million people, and upwards of 10 million around Europe. The 2019 concert also celebrated Lawo’s fifth successive year serving both the live and broadcast sound requirements. 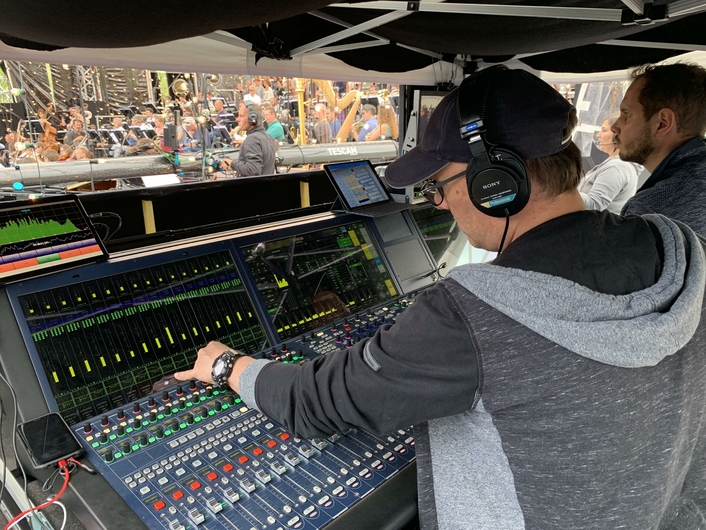 Working over the Optocore fiber-optic network deployed by Radio France for the live sound system to connect the event’s mixing consoles and I/O systems, the Concert de Paris continued its relentless technical advance in pursuit of higher audio standards and greater operating efficiencies. With 200 musicians performing and 450 technicians in support, the 2019 Concert de Paris broadcast involved 22 cameras, a helicopter and seven OB trailers. 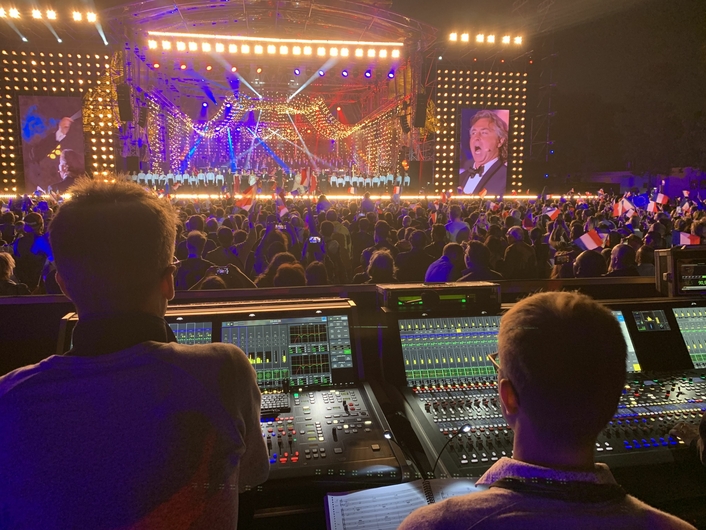 Previous years had seen a Lawo mc²96 console used for the event’s FOH mixes with an mc²36 for monitors. This year, Lawo again raised the stakes for the live sound with a third-generation mc²56 console for the orchestra mix and an mc²36 dedicated to the soloists at front-of-house. For monitoring, the engineers opted for an mc²56, with two operators manning the console to cover the orchestra and soloists. Separate preamp control for FOH and monitors and a split to the Lawo mc266 console used for the broadcast mix in Radio France No 5 OB vehicle enabled use of the on-air console’s own stageboxes and Dallis mic preamps. 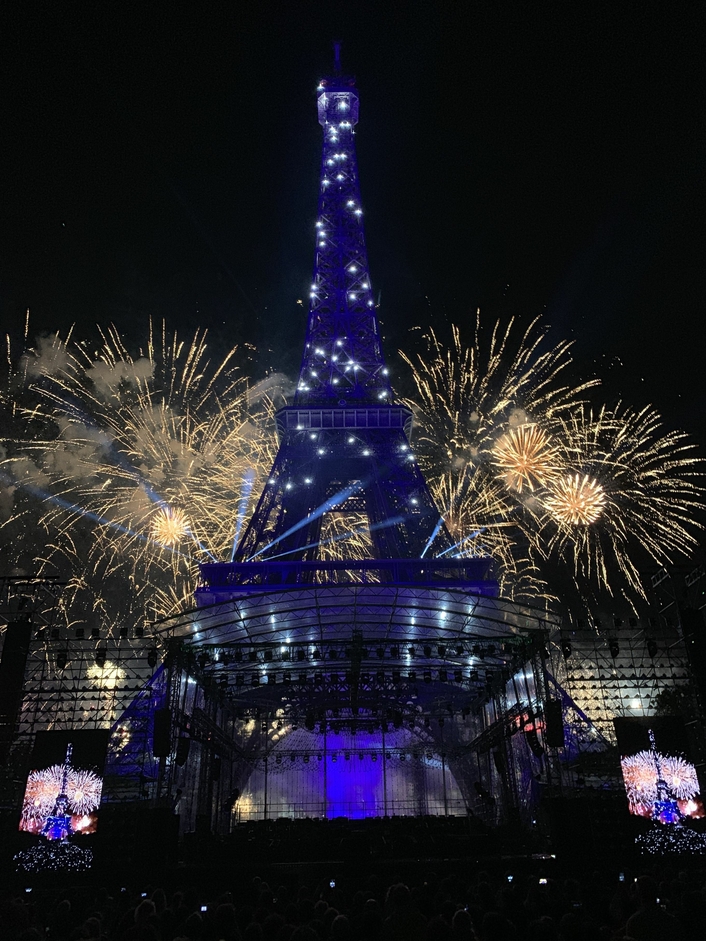 The concert’s extensive program of music included the works of Hector Berlioz, Charles Gounod, Georges Bizet and Giuseppe Verdi among many others. Riding high on the spirit of France’s independence and the excitement of some 300,000 spectators was the closing performance of ‘La Marseillaise’, featuring the Chœur de Radio France and Orchestre National de France under conductor Alain Altinoglu.