14 July celebration with sound from Lawo 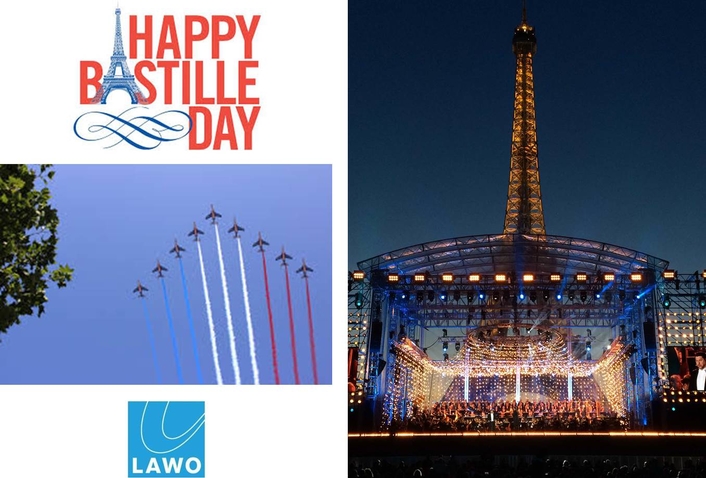 On July 14, at the foot of the Eiffel Tower, more than 400,000 spectators celebrated in Paris “Bastille Day”, the National Holiday in France, marking the beginning of the modern French nation. And to Lawo, it was a further chance to demonstrate the power of their latest live and broadcast technologies.

Having mixed classical music and show tunes in 2015, this year’s Bastille Day celebration programme opened and closed with the same pieces – ‘The Damnation of Faust’ by French composer Hector Berlioz and the French National Anthem – but was a more conventional performance for the 250 musicians of the National Orchestra of France and the Radio France Choir, featuring French composers Bizet, Ravel and Saint-Saëns, as well as Mozart, Verdi and Beethoven. 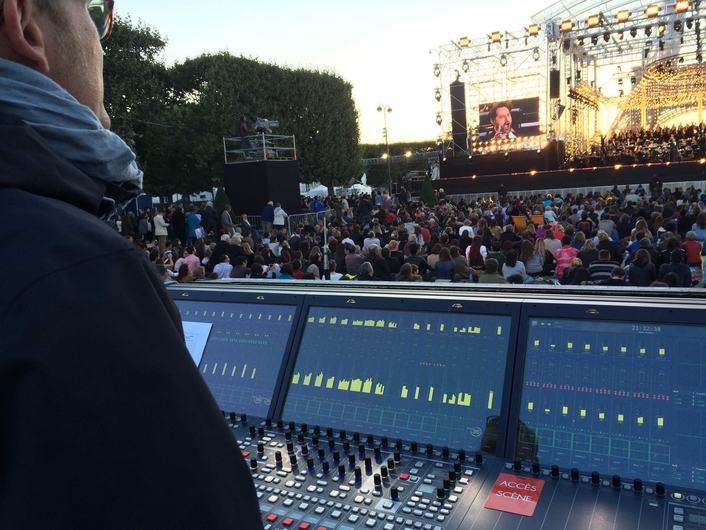 Conducted by Daniele Gatti and featuring the vocal talents of Natalie Dessay, Anna Netrebko, Olga Peretyatko, Elîna Garanèa, Piotr Beczala, Juan Diego Flórez and Laurent Naouri, the music was relayed to TV viewers and radio listeners in France and beyond via two front-of-house Lawo mc²36 mixing consoles – one handling the orchestra, and the other the choirs and opera singers – and two Lawo DALLIS I/O systems serving as stageboxes. These were linked via RAVENNA to Lawo’s latest router, the Nova37.

A small additional Yamaha DM1000 console was connected via MADI for PA announcements and the pre-recorded music that accompanied the event’s closing firework display. This setup provided easy networking and sharing of all resources and busses between all of the consoles. On stage, another 40-fader mc²36 mixing console was also connected to the Nova37 via a RAVENNA to handle the performers’ monitoring.

“A 24-fader mc²36 was set up for mixing the choirs and opera singers and there was a 40-fader desk for the orchestra. Both Lawo consoles plus the Yamaha console, all of the DALLIS I/O, and the audio recorders were connected to our new plug-and-play Nova router,” explains Hervé de Caro, Lawo’s Live Sound Specialist. “The mc²36 features a very intuitive configuration page for setting up and managing the rights within the network, controlling the preamps and feeding the different outputs and recorders.” 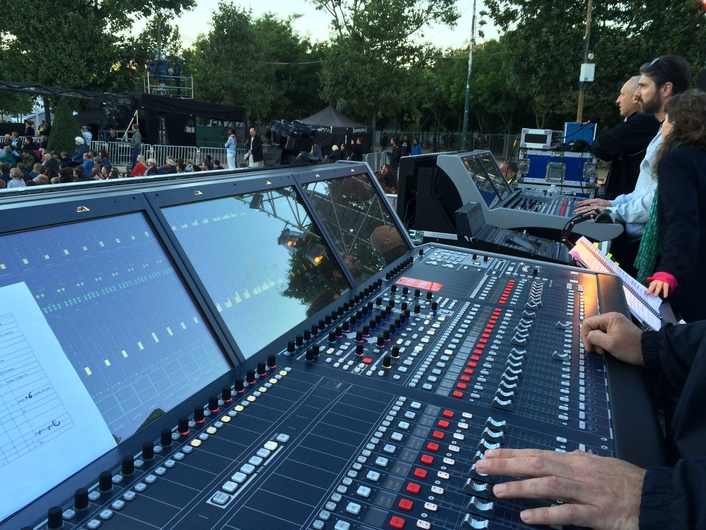 With smaller audio networks in its sights, Nova37 connects mixing consoles and I/O systems via RAVENNA/AES67 or MADI via up to 1 536 x 1 536 crosspoints. Its plug-and-play operation means that an audio network is operational in moments – and running silently, thanks to noiseless cooling fans. Network user rights are managed directly from the console’s touchscreen using Lawo’s one-touch rights management system. Standard network presets are immediately available, but the router configuration can be tailored to a specific installation’s requirements.

With eight RAVENNA/AES67 ports (RJ45 or optical via SFP) and eight MADI ports (optical via SFP), providing extensive connectivity, the use of redundant power supplies ensures reliability in critical applications.

“The Nova37 was configured to provide up to 32 busses exchanged between consoles, so the premix of the choirs, the ‘spare’ mix from the OB van and the presenter console were assigned directly from the mc²36 consoles,” Hervé de Caro comments. “In combination with the mc²Compact I/O and mc²36, the Nova37 is a very smart package. You connect your consoles and I/O systems via RAVENNA/AES67 or MADI, and the audio network is up and running with immediate access to all sources.” 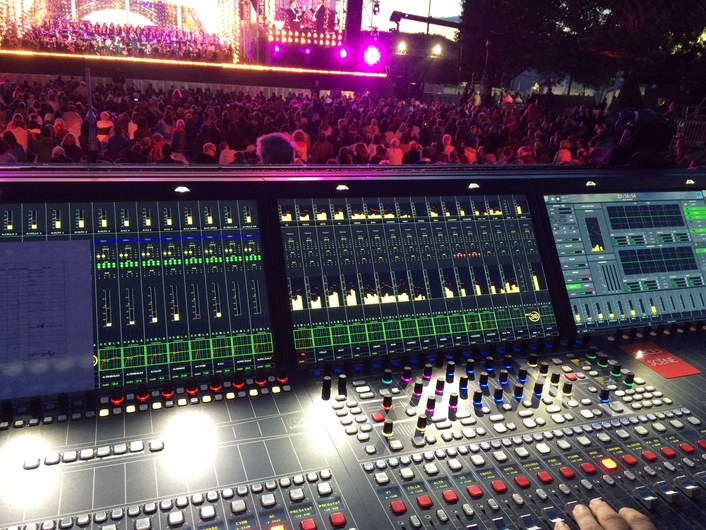 The RAVENNA-based ‘all-in-one’ mc²36 mixing console also proved its flexibility at the Bastille Day celebration, meeting all of the demands of broadcast and live duties, alongside its reliability, high audio quality, and high channel capacity.
Having begun the day with a flypast from the French air force’s Alpha Jets, the day closed with the firework display and accompanying music – watched and heard across the nation, thanks to Lawo and the Bastille Day sound team. “The show went very well. The sound engineers were very impressed by the sound and the tool-set given by the processing of the channels,” says Hervé de Caro.

Bastille Day
Lawo
The 100 best things to do in France