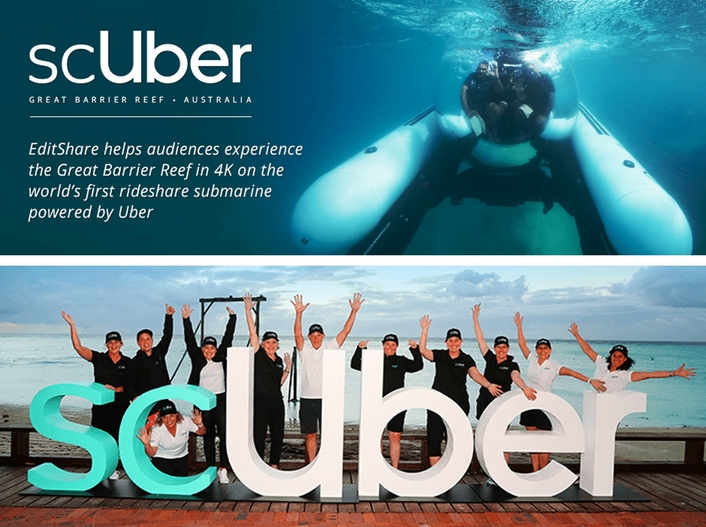 EditShare® a technology leader that specializes in collaboration, security, and intelligent storage solutions for media creation and management, teamed up with broadcast solutions expert, Big Planet Media, on the live production of the innovative Great Barrier Reef media campaign ‘scUber’. Developed by Tourism and Events Queensland, the international creative agency Publicis and rideshare giant Uber, the integrated marketing campaign showcased the biodiversity in the marine ecosystem via scUber, the world’s first rideshare submarine powered by Uber. EditShare’s live production workflow solutions were used to help capture the campaign’s maiden voyage and share the stunning 4K content across broadcast and digital channels in realtime, giving the global public the opportunity to experience the magic of The Great Barrier Reef, Australia’s largest and most valuable natural asset, at depths of up to 30 meters, with 180-degree views.

Michael Branagh, Group Executive Marketing, Tourism and Events Queensland comments on its impact, “The scUber campaign  aimed to reset the story of the Reef and grow positive awareness in our key western source markets. We were able to achieve $130 million in advertising space rate from a KPI of $40 million through earned media alone by a combination of efforts across PR, social media, one to one media engagement, all while leveraging EditShare’s flexible media production technology with 95% of all stories on message and positive. The campaign resulted in three times more positive social sentiment of the Great Barrier Reef. Further, early indications show that the positive impact of scUber has led to an uplift in bookings and an increase in intention to visit Queensland from the long-haul markets. Being able to share such visually compelling content in real-time around the world contributed to the success we achieved with this campaign.” 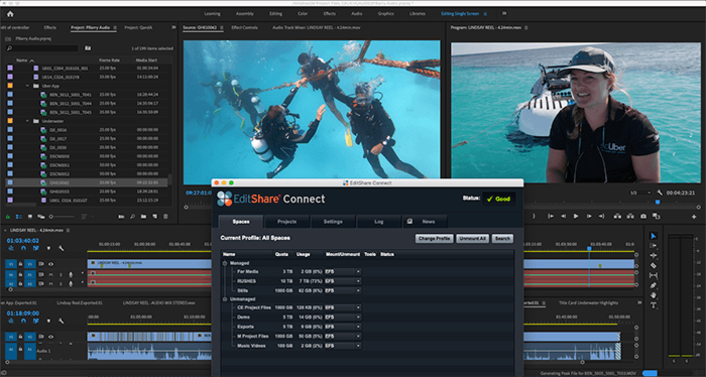 McNeill explains the nuances of producing a large live event from a remote location, “Our charter was to create an infrastructure that could capture live feeds in both HD and 4K from inside the scUber and make that content immediately available to two distinct groups, creative teams and journalists. Heron Island is a national park and bird sanctuary and an incredibly challenging place to do a technically intricate production like scUber. There was very limited infrastructure and no cellphone reception. We had to bring everything in.”  McNeill continues, “With the benchmark being immediate global awareness and publicity, it was crucial for both the creative teams and journalists to have access to the content to prepare and distribute marketing packages and news stories in real-time in their required format, whether they are accessing that content on the island or from a creative office or newsroom located halfway around the world. EditShare gave us the live production media foundation to reliably facilitate content flow for both 4K and HD formats from scUber to the various stakeholders with embedded production tools to collaborate on creating marketing packages and press kits very quickly.” 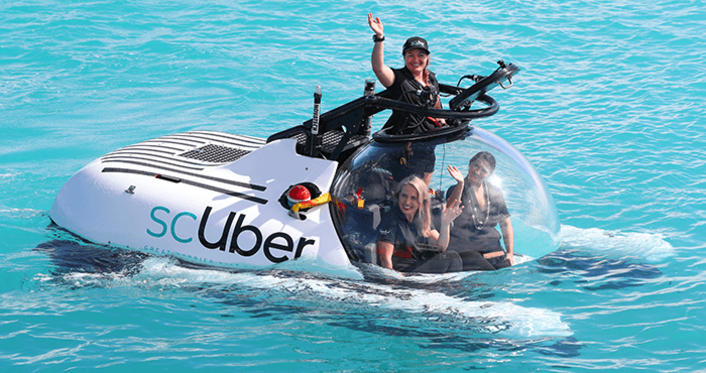 Vicki Lee, head of broadcast and content, Publicis Worldwide (Aust), notes the importance of generating content in real-time for such a large scale project, “We had an extremely tight timeline to shoot footage of our scUber sub in water for all our broadcast, social and digital, launch requirements. We had 24 hours to shoot this footage, ingest it into the EditShare system and then edit immediately for material to be dispatched that night. Our deadline demanded that the footage be top quality as there was no time for low resolution ingest and offline editing, followed by the conform of high-resolution footage for grade, online and mastering. By forgoing the traditional workflow systems and leveraging EditShare we were able to successfully execute on our fast turnaround approach to this campaign without missing a beat.”

Paul Hayes, regional sales manager - Asia, EditShare comments, “The beauty of the EditShare live production solutions is that it’s incredibly flexible, especially for a scenario like this where the minutes really count. With immediate access to 4K and HD simultaneously, EditShare facilitates the creative workflow, enabling storytellers to use the tools they are familiar with to create compelling content that engages audiences across linear and new media channels.”

EditShare is a technology leader in networked shared storage and smart workflow solutions for the post-production, TV, sports and film industries. Our groundbreaking products improve efficiency and workflow collaboration every step of the way. They include ingest and playout servers, high-performance central shared storage, AQC, archiving and backup software, media asset management and an Emmy award-winning non-linear video editing application.