For the first time ever, the stars of Classical Spectacular could move freely about the stage thanks to DPA's d:fine Headset Microphones

For the first time in its history, Raymond Gubbay’s Classical Spectacular at the Royal Albert Hall used d:fine™ Omnidirectional Headset Microphones to amplify the sound of the show's two stars.

The lavish spectacle, which runs twice a year in March and November, combined the classical opera of singers Stephanie Corley and Jesús León with the musicians of the Royal Philharmonic orchestra, a lightshow, lasers and pyrotechnics. Classical audio specialist RG Jones Sound Engineering, which celebrates its 90th birthday in 2016, provided the audio crew, PA, monitors, control and microphone package. The company has a large selection of DPA microphones and regularly turns to DPA's UK distributor Sound Network for new additions to its stock. 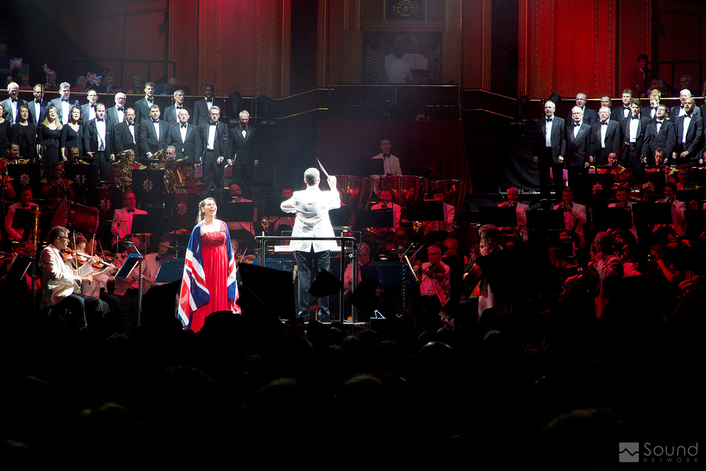 For Front of House Engineer Phil Wright, this latest Classical Spectacular represented his first time working on the show.

"I was delighted to be asked by RG Jones to join the Classical Spectacular family," Wright says. "The show is one of the most respected of its genre and there is certainly no room for error – audience and artist expectations are very high."

Making the decision to move to d:fine™ Headset Microphones meant that the singers had much more freedom of movement and could better express their characters. In previous performances they were positioned in front of microphones on stands, which naturally limited their movement around the stage.

"I wanted to go over to radio mics, but without a proscenium arch I knew I’d have trouble with omnis in their hairlines," Wright says.

The answer was to use the d:fine™ Omnidirectional Headset Microphones mounted on a short boom, set back from the singer's mouth, but close enough to give the required separation.

"Once I’d made the case for the mics visually, the production team was more than happy with the sound in rehearsals and subsequent shows," Wright says. "The performers were happier, too, with the comfort of the d:fine™ Headset and the sound they got back. It was a real win-win situation."

Acoustically, Wright singles out for praise the transparency of d:fine™ Headset Microphones and the lack of overload artefacts – an important consideration when dealing with a sound source as dynamic as an opera voice.

"We used two headsets, one on each singer, with a Shure UHF-R radio system utilising the URM-1 miniature packs," he says. "I also had a d:screet™ 4061 Miniature Microphone on a second system as a backup in the event of a microphone or radio system failure. The RF performed impeccably. The show also used a Digico SD-7 console with dual-redundant Waves servers and Martin Audio MLA as its PA system." 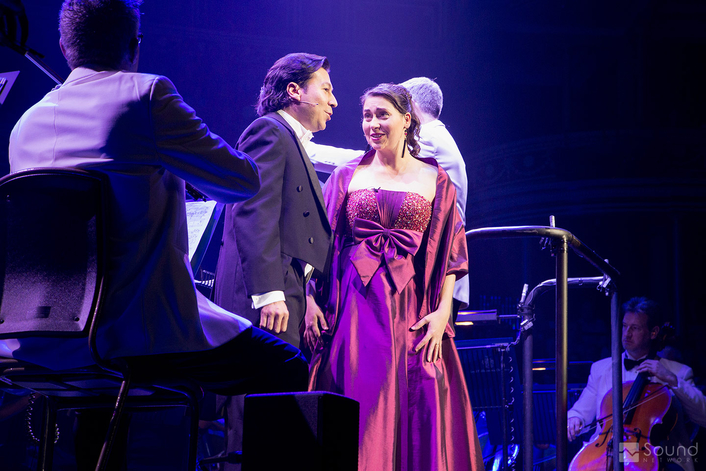 A much-loved heritage venue, the Royal Albert Hall can nonetheless present its own acoustic challenges. "The main issue is mixing at concert levels while maintaining a natural, transparent sound," Wright says. "It’s not a film score sound, more of a Deutsche Grammophon CD sound – absolutely natural reinforcement, but at concert levels."

To achieve the sound he wanted from the musicians, Wright specified DPA d:dicate™ 2011C Cardioid Microphones and d:vote™ Instrument microphones.

"It’s no secret that a good source is imperative, and this is particularly true in classical music," says Wright. "I like using DPA mics on strings and chorus in particular: sources with a lot of very complex tonal information. On Classical Spectacular we used the d:screet™ 4061 Miniature Microphones on the high strings, the d:vote™ 4099 Instrument Microphones on the low strings and d:dicate™ 2011C Cardioid Microphones on the chorus. I also placed a d:vote™ 4099 mic inside the harp for low end, and a d:dicate™ 2011C on the outside for bloom and top – an amazing combination."

As an engineer who regularly works on large productions, Wright says he invariably turns to DPA because the company’s microphones make his job much easier.

"Many of the productions I work on have more than 150 microphones on stage, and each one can add distortion and other unwanted artefacts into my mix. Multiple, great inputs are much easier to wrangle into a great mix," he says. 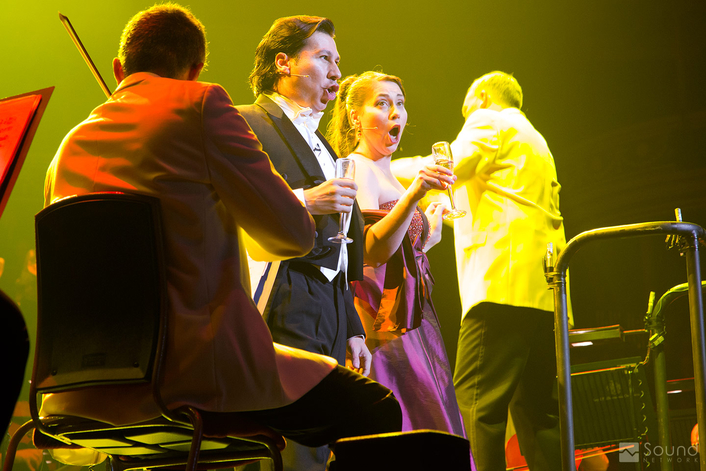 Billed as the ultimate in classical music shows, Classical Spectacular has been running for over 25 years and has now shown in 11 different countries. Impresario Raymond Gubbay also delivers a wide range of concerts, operas and ballets in major venues around the world and is established as one of the UK's leading promoters of popular classical music.