Classical Spectacular is a night of several popular classic pieces performed by the Royal Philharmonic Orchestra and the Royal Choral Society and conducted by John Rigby. A fabulously vibrant and multi-coloured light, laser and firework display using state-of-the-art technology accompanies the performances. 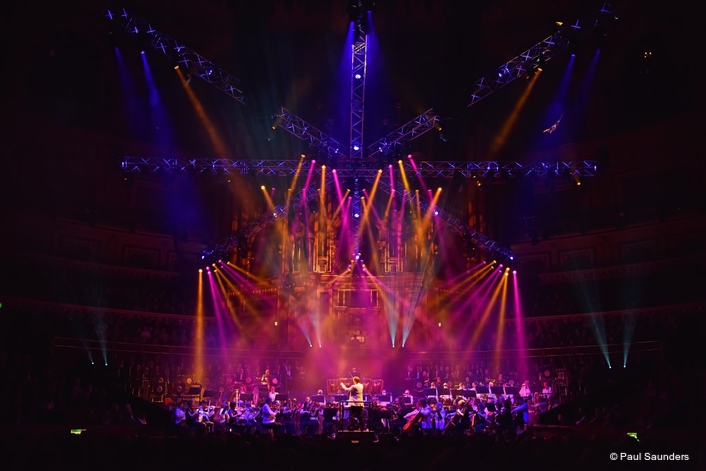 Marenghi, who has been lighting the Raymond Gubbay flagship show in venues worldwide for the last 26 years, also introduced a a giant Union Jack kabuki drop this year, which concealed the organ for some of the show. The designer chose the multi-functional Mythos, supplied by Stage Electrics, as a means to light the drop with as few sources as possible.

“As well as illuminate the kabuki drop, I needed to pattern the organ at other points throughout the show and create some aerial beam effects,” says Marenghi. “I had seen the Mythos on a visit to Clay Paky in Bergamo and it was clear I’d be able to fulfil my needs with just four of these incredible fixtures. The bright, compact Mythos has a comprehensive range of really effective functions and I was able to have a spot, wash and beam all in one fixture – it is a jack and master of all trades!”

Marenghi’s new rig also included Sharpy, Sharpy Wash 330 and Alpha Spot HPE 1500 and 700 fixtures. The designer used the fixtures’ various features to create the ‘Spectacular’ effects associated with the show, which was programmed by Pryderi Baskerville on a GrandMA2 and pre-programmed in its entirety in WYSIWYG. 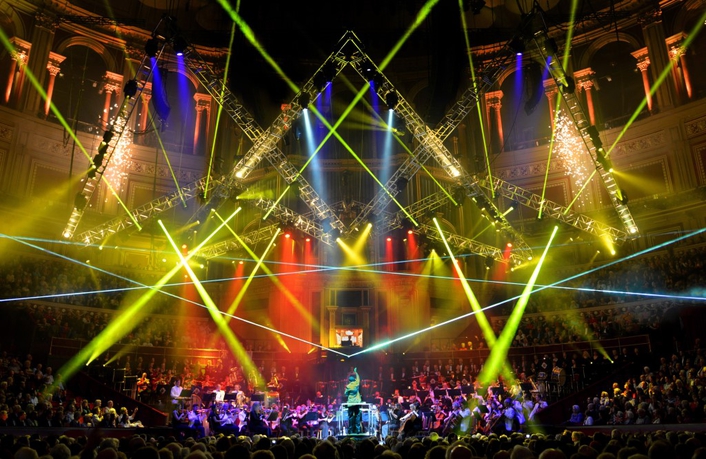 “For cutting through multiple layers of light with a less than 200w fixture you still cannot beat the ubiquitous Sharpy,” says Marenghi. “The Sharpy Wash 330 is also very bright for such a compact fixture with a good focus range from narrow to wide angles and, like the new ‘Projectors’ range from Clay Paky, it is super fast.

“I used the Alpha Spot HPE 700s and 1500s for this as they’re long-term favourites of mine. They have the power to deliver overlaid gobos and saturate colours, as oppose to other profiles on the market that struggle to output effective light with multiple wheels in play.”

“Every Night is a Frida...slay and Elite Multimedia
Clay Paky and Ambersphere...e Solutions for Take That
Colour Sound Experiments at Glastonbury 2015