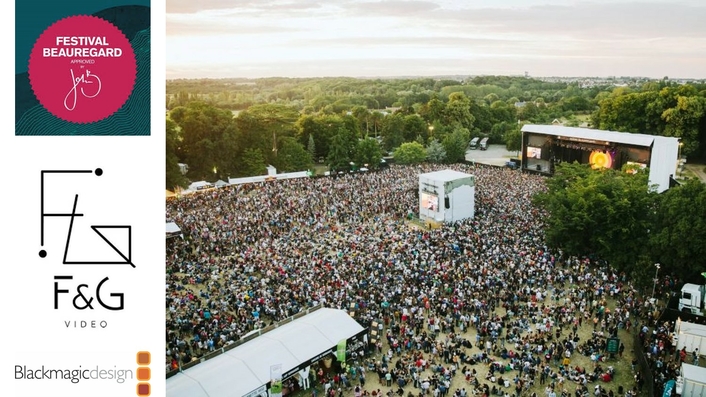 Set in the grounds of the Chateau de Beauregard, and in its eleventh year, the festival is an eclectic mix of homegrown French talent and international artists spanning pop, rock, punk and dance. The backend video system and camera packages were supplied by F & G Productions. 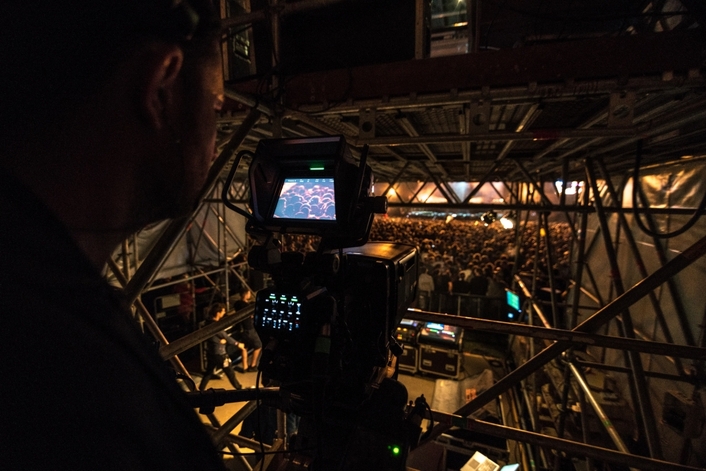 “We’ve been fans of Blackmagic live production hardware for a number of years now, but we made the choice this year to invest in cameras too, and were not disappointed,” begins Alexis Grandin, co-founder of F & G Productions. “Paired with the Blackmagic fiber solution, we now get all our video and comms down a single cable which is a big advantage for us.” 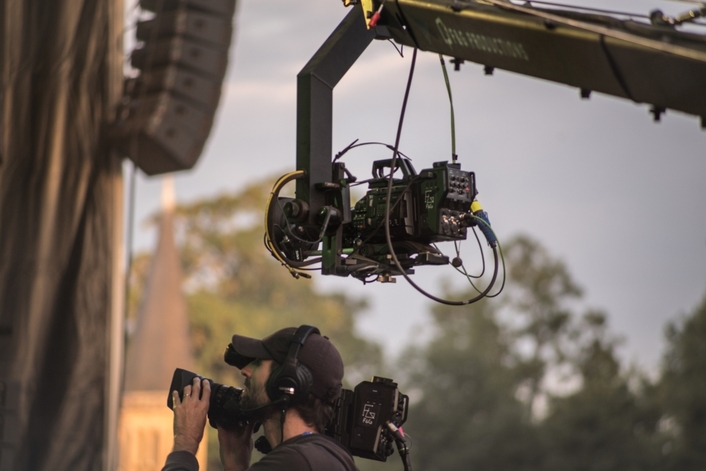 Screens stage left and right were 5m x 4m each, and the control room was located 100m away in a temporary gallery where an ATEM 2 M/E Production Studio 4K, with an ATEM 1 M/E Advanced Panel, was used for vision mixing.

“We also recorded some artists’ performances from the gallery for post event highlights packages using a series of HyperDeck Studio Minis,” Grandin adds. “Sometimes though, a group would just want a direct ISO recording from the jib camera, and thanks to the built-in SDHC slot, we were able to facilitate those requests.” 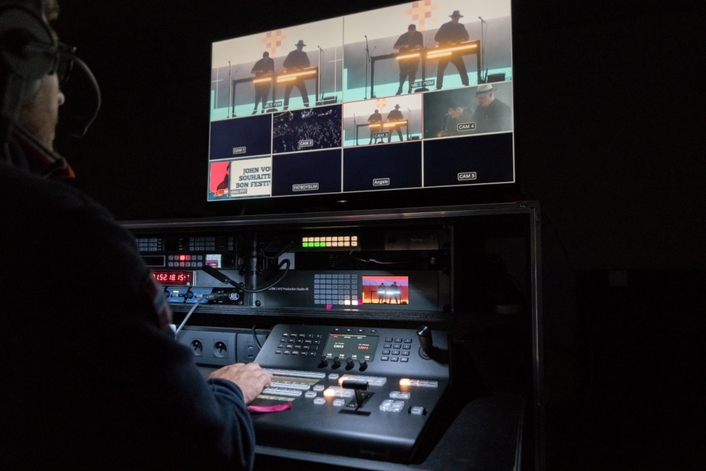 A bespoke solution built around DeckLink Duo 2 cards was used for graphics and VT playout while the ATEM software control allowed the team to incorporate fixed logos stored in the switcher’s media pool.

The video package incorporated URSA Broadcast cameras across five positions including one front of house, one on a jib crane and three cameras shoulder mounted, one of which was wireless. Grandin says, “The native support for B4 means that we’ve been able to use all of our existing Fujinon optics, which is a real bonus. 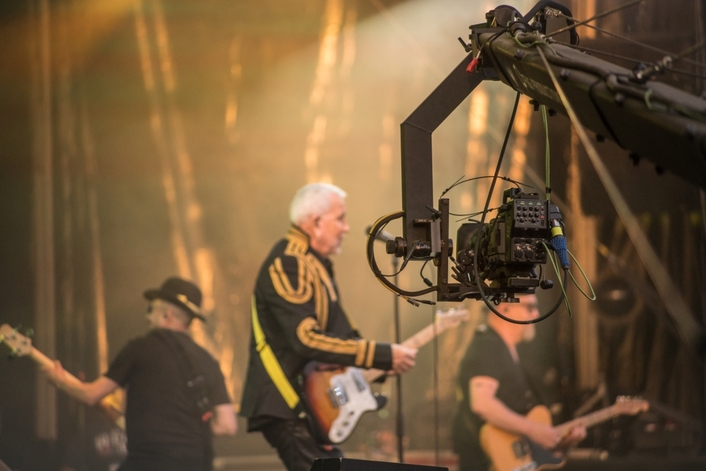 “We’ve also been impressed by the camera’s performance in low light,” he continues. “Even when we had to push the gain levels up to 12db we still didn’t see any noise creeping in after dark.” 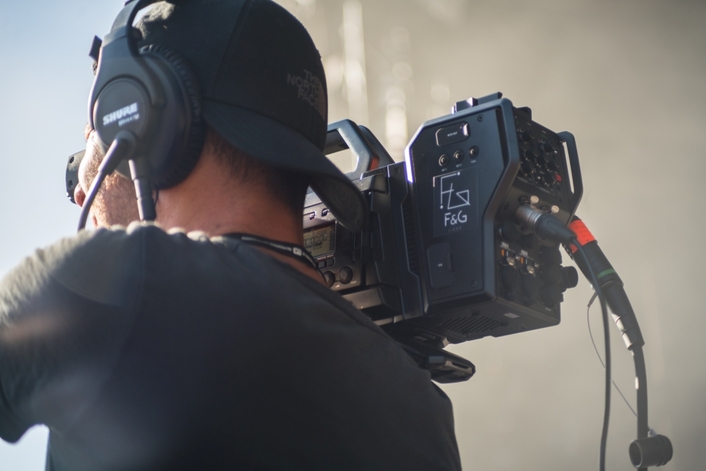 “Another artist request was making the image on screen black and white. They thought it was a big ask, but we were able to do it straight away with the control panel and they were really happy with our responsiveness,” Grandin adds. 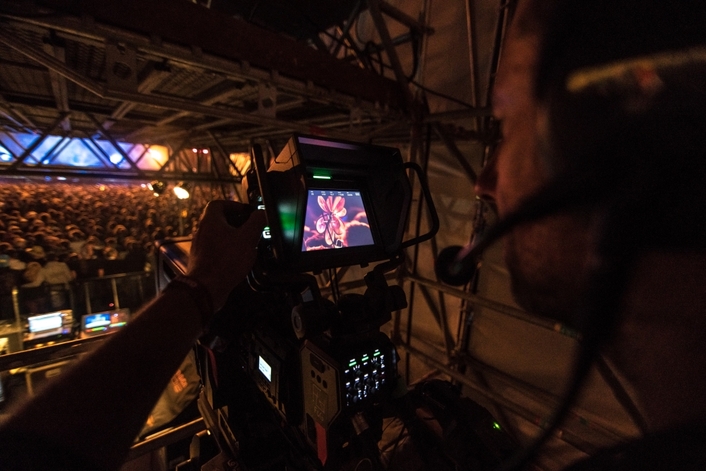 He concludes: “Historically we would have hired in cameras on a per event basis, but over time those accumulating costs were getting harder and harder to justify. We’ve been astonished by the quality to cost ratio of the URSA Broadcast solution, and we’re confident we’ll see a fast return on that investment within the year.” 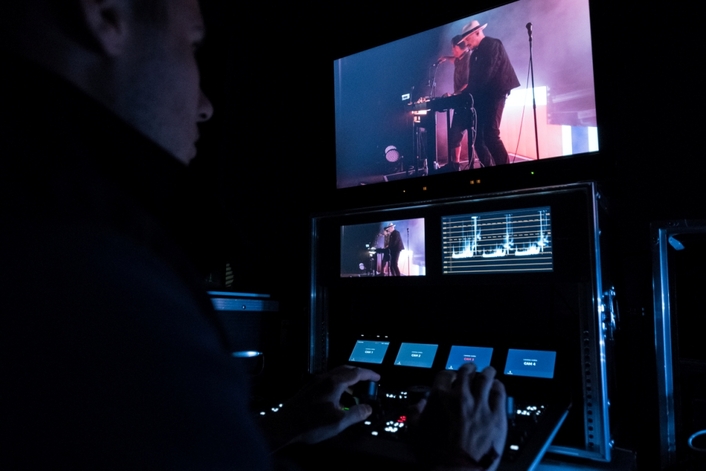 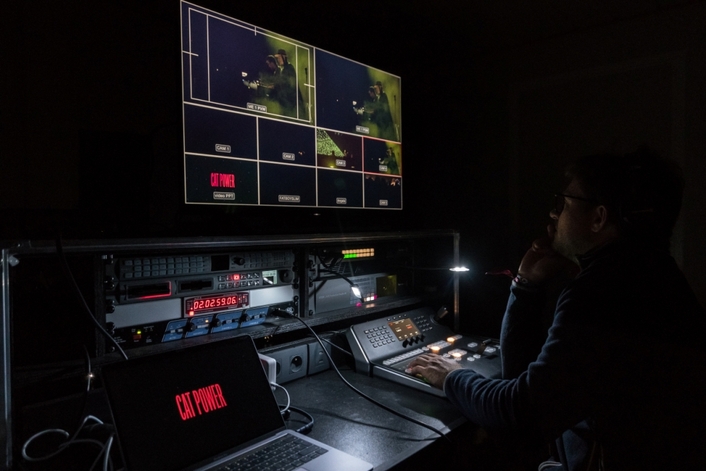