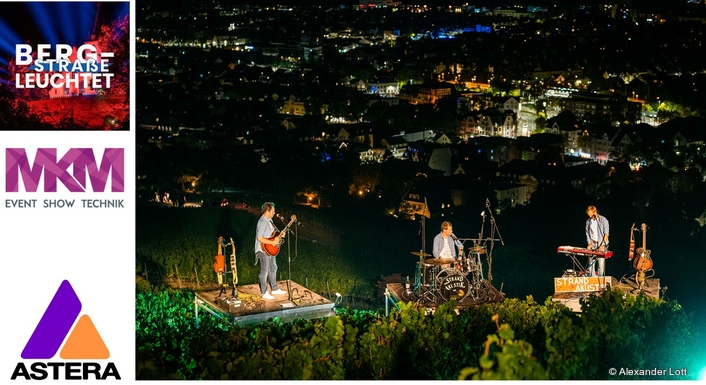 Seizing a chance to generate some beautiful light art, positive energy and creativity during the pandemic, Johannes Spieß, project manager from technical specialist MKM Event Show Technik based in Darmstadt, Germany, launched a new initiative of his own – ‘Bergstraße leuchtet’ (Bergstraße Lights) – to highlight some of the famous Bergstraße “mountain route’s” stunning monuments, historical buildings and public spaces. With events halted, normally busy rental company MKM had an abundance of lighting products including an extensive Astera inventory of AX3 LightDrops, AX5 TriplePARs and AX7 SpotLites sitting in the warehouse, so these were used to support all 12 of the lighting installations which were carefully crafted and delivered over a two month period.

Astera AX7s were used at all locations … culminating with a truly spectacular and innovative event at St. Peter’s church in Heppenheim.

“Everyone in the area knows and loves the highlighted buildings and spaces,” stated Johannes, “and with tasteful and well-planned lighting and the application of colour … they were transformed and could be seen literally in a ‘different light’ each time, so people could enjoy and take away new perspectives from their immediate environment.” 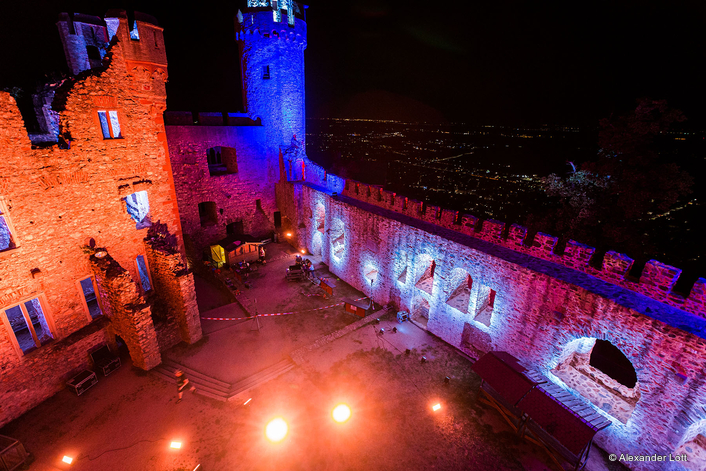 He adds that in a time when events have not been possible, this was a safe and imaginative idea to provide something interesting in which people could engage.

Astera products were of course ideal for the task of lighting these works, with their brightness, long and regulatable battery power and App control, dispensing with the need for running cables and greatly assisting the deployment process in each case.

“The Astera lamps are very efficient in saving setup time, and with the AX7s and AX5s being IP65 rated, we were also confident in using them irrespective of the weather!” Also, with less cabling needed, the team could take a smaller vehicle full of kit to the location. 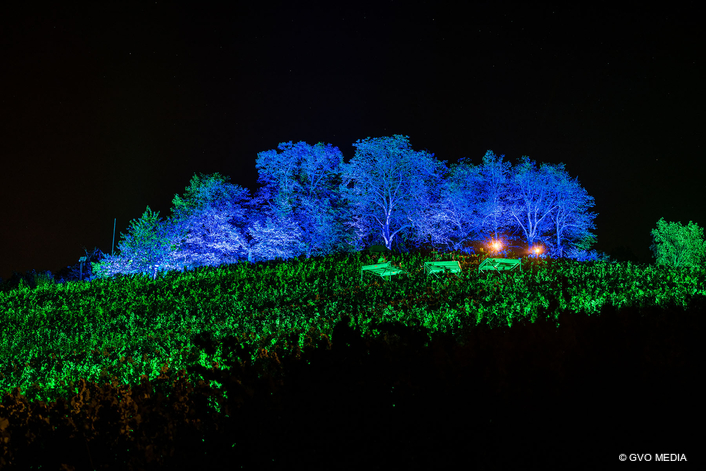 Up to 200 fixtures – Asteras plus others – were used in most cases to give good and detailed coverage of the buildings and landmarks.

“It was so much fun to use the Asteras – they made the set ups extremely quick and efficient,” enthuses Johannes.

A grandMA system was used for lighting control, plus the Astera App for quickly setting up the DMX addresses of all relevant Astera fixtures. 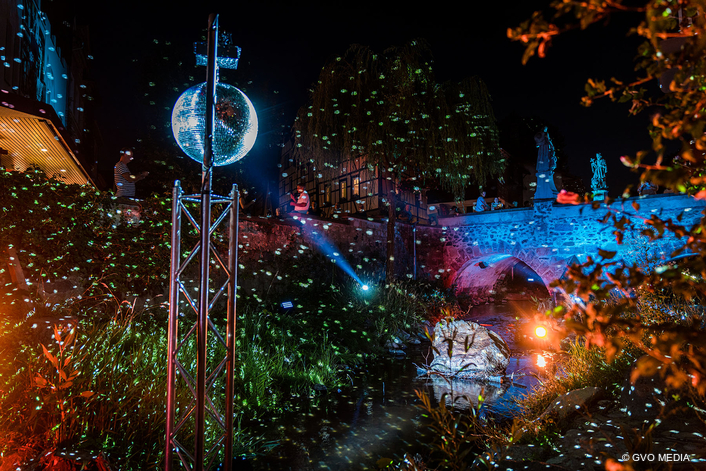 Johannes was initially inspired to start Bergstrasse Lights by the original ‘light it in red’ project kicked off by the #NightofLightDE lighting action in June which saw thousands of buildings illuminated red across the country to draw attention to the challenges and realities facing the event industry during Covid-19.

He chatted to some industry friends and colleagues and everyone was up for creating something new, special and exciting for their community and those living and working in the region. 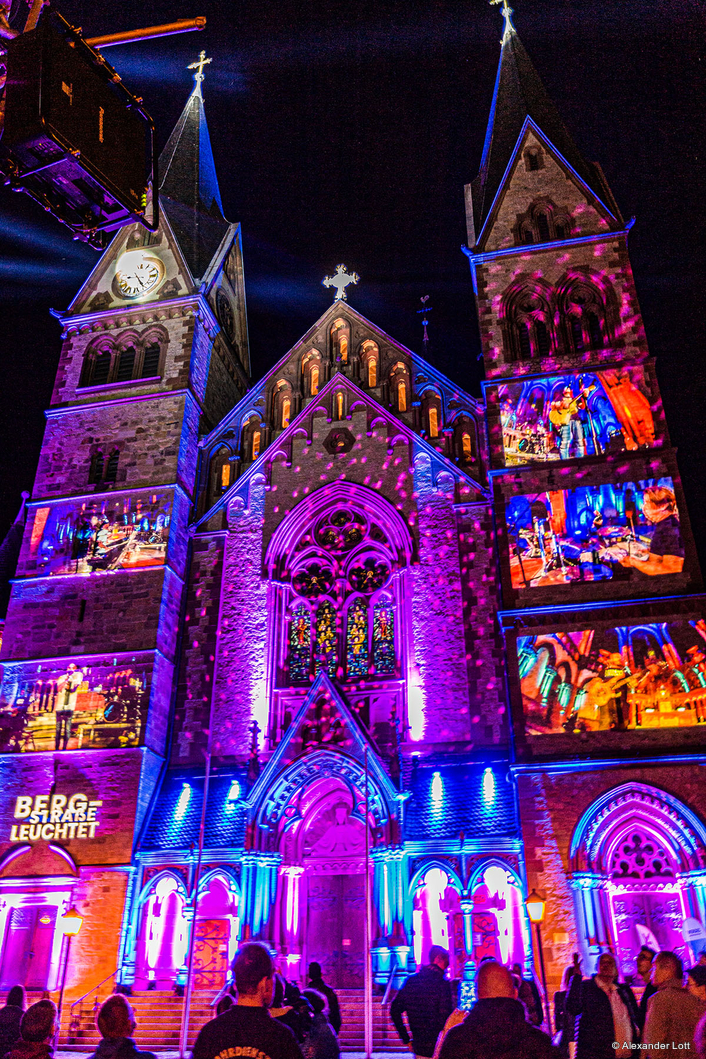 A core team of around 20 people evolved to deliver Bergstraße Lights, including chief lighting designer Niklaus Baur, however the lighting schemes for each landmark were usually discussed by the team including Johannes, lighting operator Jan Grübener and others before a final plan was devised.

The featured buildings were a dynamic mix! Castles like the imposing hilltop Auerbacher Schloss and the Starkenburg in Heppenheim which is also perched 300 metres above Hessische Staatsweingüter, offering stunning views all around; churches like St. Georg Bensheim and Kirche Zwingenberg; prominent houses and vineyards including the Kirchberg Häuschen vineyard; the central bridge and creek in Lauter and both the town hall (Rathaus) and the city park in Heppenheim – each is a unique architectural or landscaped masterpiece in its own right. 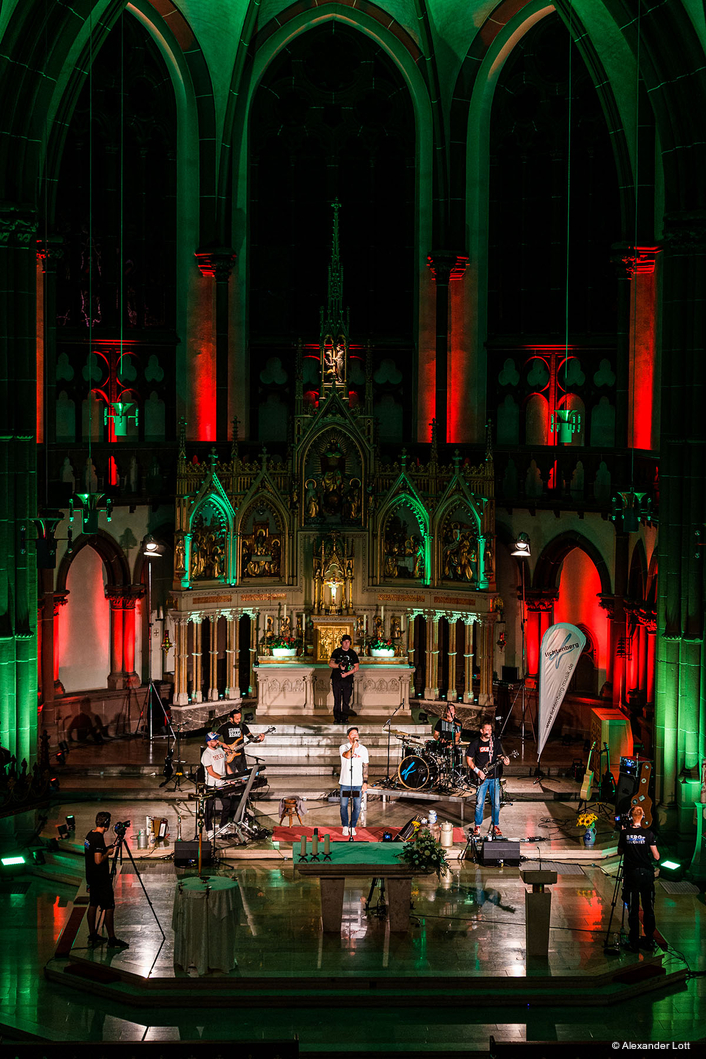 In addition to lighting these fabulous places for the first time, the project had several other special aspects.

Once up and running and gaining traction via the website https://bergstrasse-leuchtet.de/ and various social channels …  no-one knew where and when the next illumination would take place,so this element of surprise and anticipation kept people engaged and guessing!

To discover the location, some hints were dropped on Bergstrasse Lights’ Facebook and Instagram pages, plus additional clues announced on public radio station hr3. 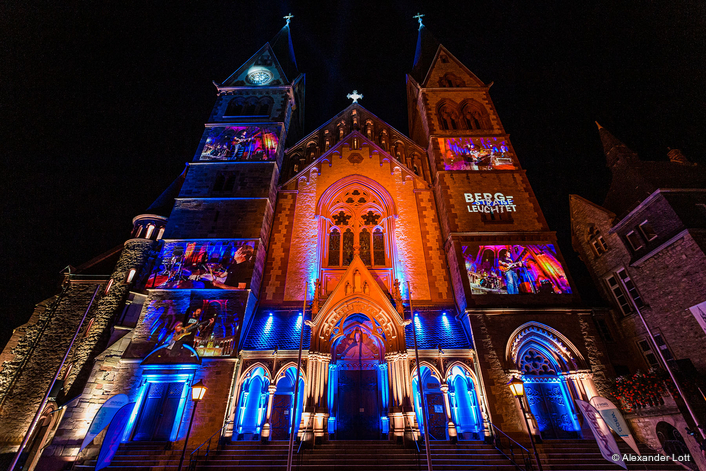 The finale at St. Peter’s church in Heppenheim was a favourite installation for all on the team where the lighting count doubled to over 400 fixtures in total, of which more than 220 were Astera – a combination of AX3s, AX5s and AX7s connected via five wireless DMX transmitters.

Often referred to as the ‘Cathedral of the Bergstrasse’ the idea was to maximise the impact of this event, so a special concert was staged inside featuring the band Lichtenberg with camera images of the performance projected onto the church’s front façade for socially distanced onlookers. 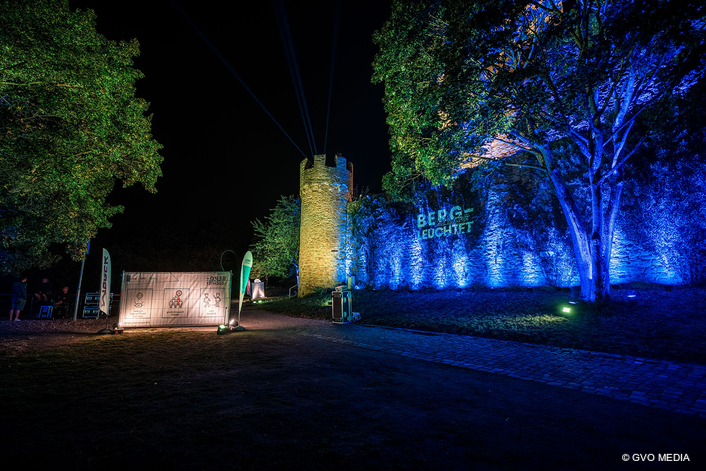 And … a series of ‘secret’ live-streamed concerts were produced at some of the locations – so Johannes and the team had multiple ways of getting the content in front of people.

The concert livestream concept was trailed for the first illumination at Auerbacher Schloss with the band "As far as Low’ and intended as a one-off. However, the public response was so overwhelmingly positive that Gregor Ott from GVO Media went on to produce seven concert movies from these spontaneous livestreams (i.e. not revealed in advance) accompanying some of the most dramatic installations. 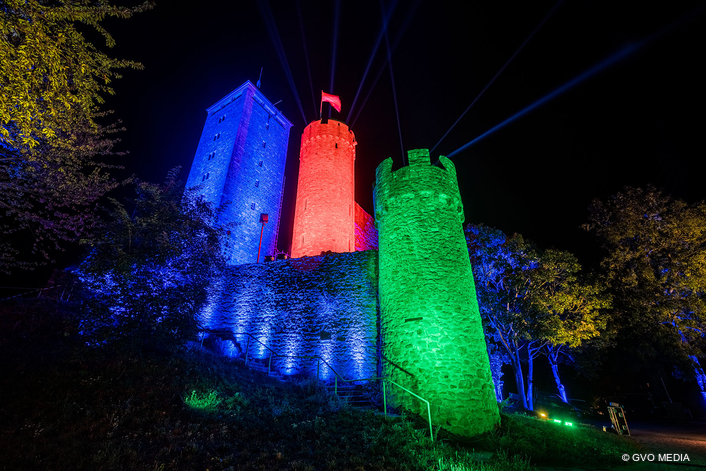 The collective activities related to all these lighting events gave a general moral boost and a great sense of purpose to all involved in the technical production during this time where there has been no work since March!

So much so, that Johannes reports future lighting works and events are in the planning … so watch this space!