Astera for #RedAlertRESTART Lighting Action in the US 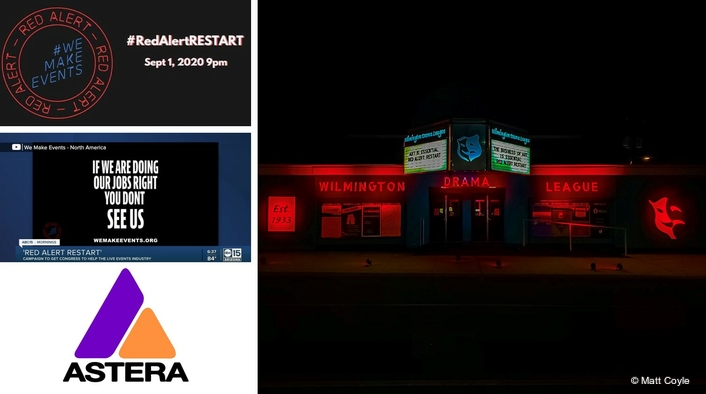 Astera products played their part for the recent #RedAlertRESTART campaign in the United States on 1st September, a collective lighting action that saw over 2000 buildings, places, structures, landmarks and spaces lit in red to highlight the critical situation facing live events and entertainment … and the demand for Congress to pass the RESTART Act (S.3814) soonest to offer some sort of relief to the industry and try to get things moving again. John DiEleuterio, sales / project manager for from Wilmington, Delaware-based dry hire company Main Light Industries, reached for the company’s stock of Astera AX5 TriplePAR battery powered LED fixtures … in support of the event.

This latest lighting ‘red day of action’ was part of a wider international industry campaign being led by the #WeMakeEvents movement, a collective of trade organizations, companies and individuals including PLASA (the Professional Lighting & Sound Association).

Like many in the technical production industry, John is passionate about his job, career and community, which is also a lifestyle, so he jumped at the chance to be involved.

Earlier in the year, he was also at the center of “Illuminate Delaware”, a Memorial Day lighting event to honor the hard work and dedication of frontline workers during the Coronavirus pandemic. 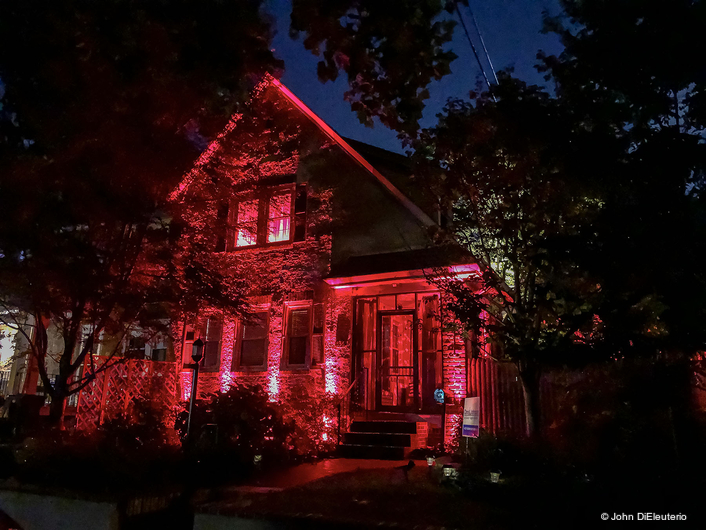 For #RedAlertRESTART, John lit the Main Light office and warehouse building in Wilmington with 32 x AX5s positioned around the exterior, cutting a striking rich red look. He supplied another eight AX5 fixtures to the Wilmington Drama League community theatre group to illuminate their theatre building in a vibrant red.

Working closely with Ryan Morris (also a #WeMakeEvents local organizer) and his team at the IATSE Local 8 stage hand’s union in Philadelphia – around 30 minutes down the road and just along the Delaware River – John arranged the loan of 56 x AX5s.

Thirty-two of these were deployed around the IATSE Union Hall building for the night.

Six were used to highlight the iconic “Rocky” bronze statue at the base of the steps to the Philadelphia Museum of Art. The larger than life boxes with upstretched arms is one of Philadelphia’s most famous tourist attractions and popular photo spots, together with the 72 “Rocky Steps” leading up to the entrance of the Art Museum.

Rocky radiated red for this evening!

Another 6 x AX5s were used to illuminate another strikingly Instagramable Philly landmark, the Robert Indiana “LOVE” statue in Love Park, the entrance to the Benjamin Franklin Parkway.

The remaining 12 x AX5s were used to light the front façade of the Suzanne Roberts Theatre on Philadelphia Avenue of the Arts, home to the Philadelphia Theater Company. 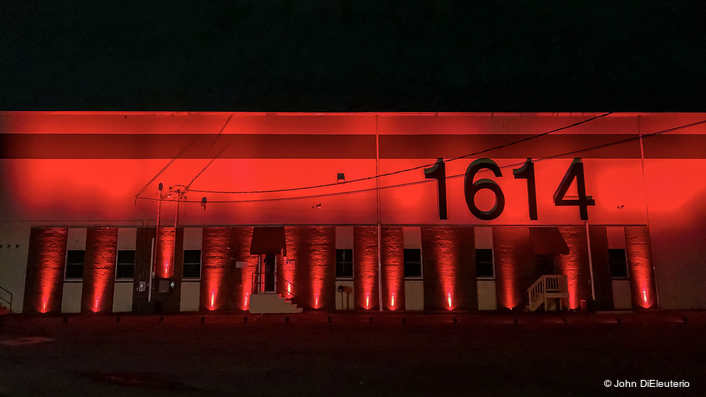 John underlined how “perfect” AX5s are for these pop-up installation applications, “You just have them charged up and ready to go ... and it’s an instant quality light source with excellent coverage wherever needed! Astera AX5’s are my GO-TO fixtures!”

John was delighted to have an opportunity to help raise awareness generally for ‘the industry’ … something that is very much needed for all the talented people and teams who are working hard backstage, behind the scenes and concealed by curtains and drapes!

“I was very excited to do my bit for #RedAlertRESTART and see everyone get energized for the night! We all felt very united, it gave us a chance to engage and explain to people what we do and what is going on …  and I also think it gave some glimmers of hope that the industry stands strong together through this extremely tough time.” 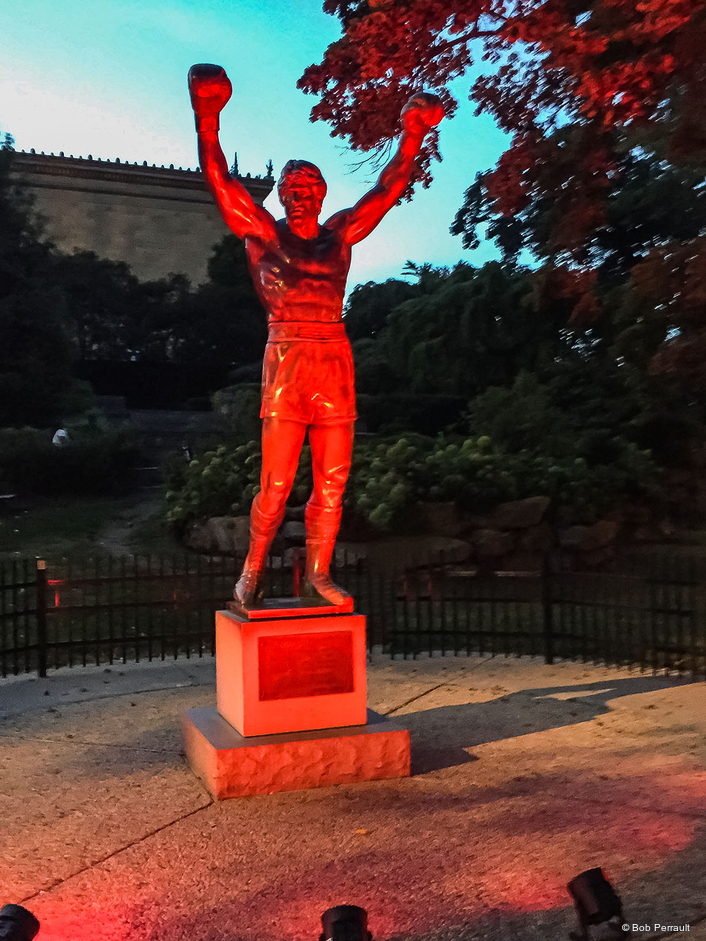 John also personally owns some Astera AX3 LiteDrops …. Which were deployed around his house for the occasion, making a big impact for a tiny fixture!

The event was hailed as a big success, but more is needed!

“I hope we can all soon get back to doing what we love best and seeing live events, concerts, festivals, theatre shows, etc. delivered safely and spectacularly, creating all those memorable moments that people love and enjoy,” concluded John.

The idea of lighting buildings in ‘emergency red’ started in Germany with #NightofLightDE in June, a concept that caught on with red days of action organized in many European countries and the UK (initiated by #LightiItInRed on 6th July, followed up by PLASA’s #WeMakeEvents action on 11th August) as well as South Africa (#LightSARed on 5th August) and others. Something big and worldwide is being planned for the end of September!