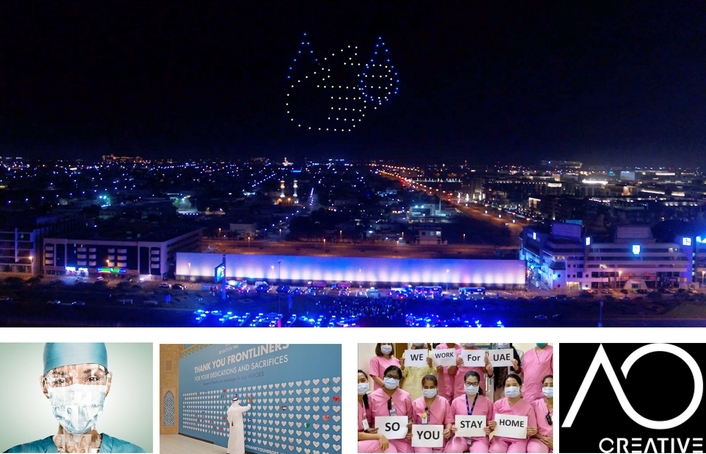 AO Drones, the specialist provider of drone light shows, recently played a key role in an unforgettable event to thank Dubai’s frontline workers for their heroic service during the COVID-19 pandemic. Conceived and produced by AO Drones’ Producer, Marco Niedermeier, the event combined a stunning aerial display from AO Drones’ sophisticated drone fleet, plus a special message from emergency services vehicles arranged to spell ‘Thank You’, in both English and Arabic. The whole event was captured in a short film, shot in the style of a dramatic action movie, and shared widely on social media.

To realise the event, Niedermeier called on the help of friends from Dubai’s event production network, including Done Events, GTV Film Productions and Brand Dubai. Together they secured support from Government of Dubai and authorities including the Dubai Police Force, the Roads and Transport Authority, the Media Office and others. “Everybody was keen to be involved,” says Niedermeier. “We all wanted to say thank you.”

Dubai’s COVID-19 lockdown meant that all planning meetings were carried out via video conferencing platforms, and on-site operations were conducted in accordance with safe working guidelines. 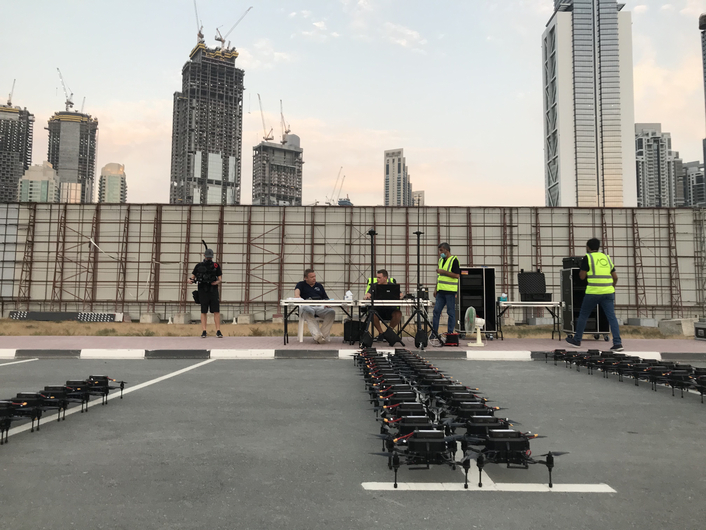 The film of the event, which took place on 11 June, began with aerial shots of messages of support spelled out on iconic Dubai landmarks including the Burj Khalifa, before following the emergency vehicles along the Sheikh Zayed Road – closed to public traffic for the occasion – to converge on the show site. The film culminated with spectacular aerial views of the ‘Thank You’ messages on the ground, and the grand finale of AO Drones’ aerial display, performed by a fleet of 120 precisely-choreographed drones operated by AO drone pilot in command, Kevin Niedermeier. 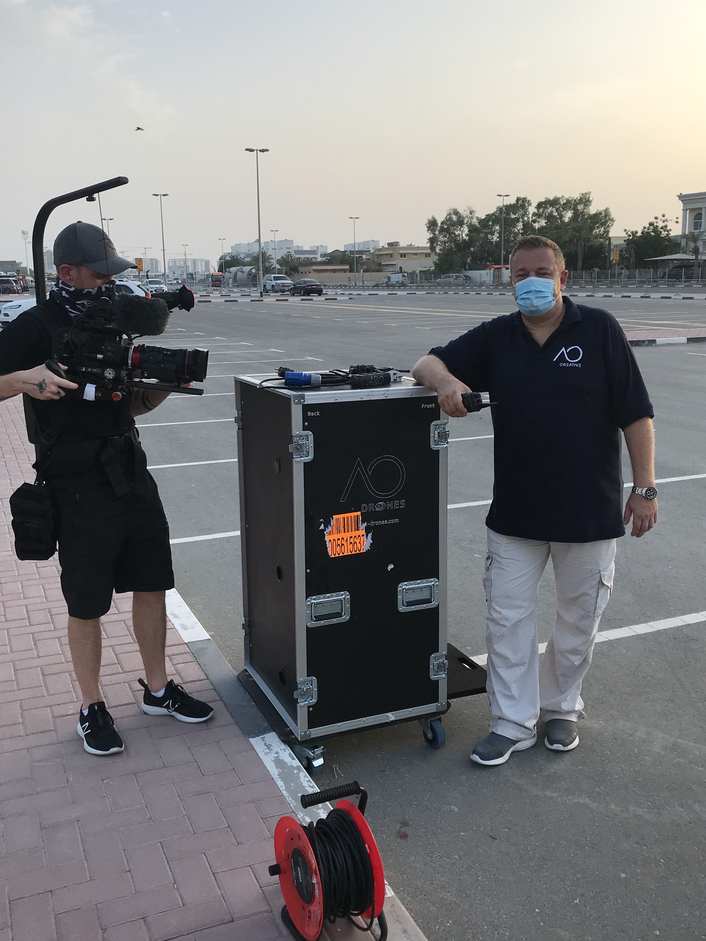 The 10.5-minute show featured images including a portrait in light of His Highness Sheikh Mohammed bin Rashid Al Maktoum - Vice President and Prime Minister of the UAE and Ruler of Dubai, the flag of the UAE, and scenes depicting social distancing, hand-washing and face-masks. Finally, the drones formed the ‘#StrongerTogether’ motto, introduced by His Highness Sheikh Hamdan bin Mohammed bin Rashid Al Maktoum, and ‘Thank You’ to honour the heroes in the frontline against COVID-19. 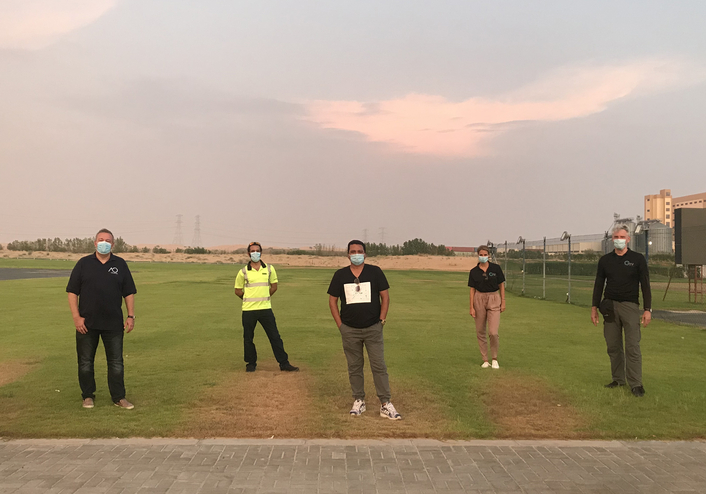 “It was amazing to see the reactions of the people,” says Niedermeier. “Most of them had not seen a drone show before. When the drones came up, it was a ‘Wow’ moment.”

The response to the show was overwhelmingly positive, and it soon became the talk of the town. “His Highness Sheikh Hamdan posted the film on social media,” says Niedermeier, “so immediately, the word spread around and weeks later people are still talking about it.”

He concludes, “We have had nothing but great feedback, and everyone involved was so happy to have been able to do something so memorable for our frontline workers.” 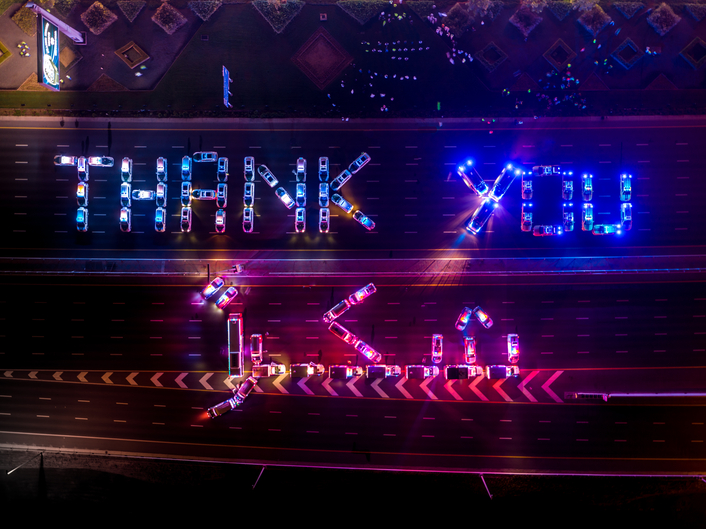