The 2016 New Year’s Concert from Vienna 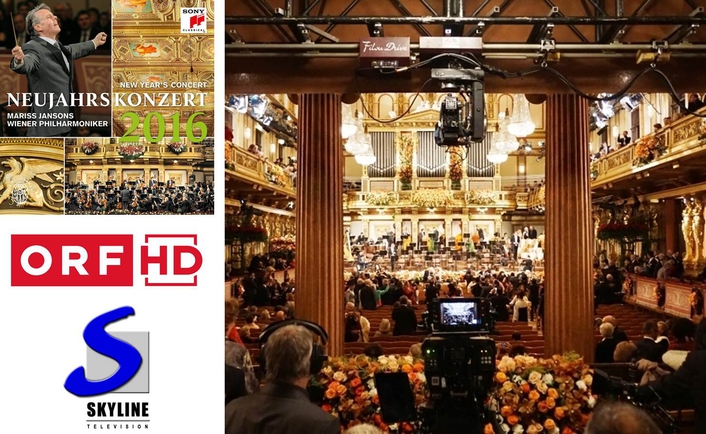 For the 58th time in its history, the Austrian TV station ORF broadcast the New Year’s Concert live from the magnificent Golden Chamber of the Vienna Musikverein with its unique acoustic. The prestigious cultural event is regarded as a worldwide successful classical music event and reaches over 90 countries and around 50 million viewers on five continents. This year, a total of 15 cameras ensured brilliant ORF pictures and matchless cultural delight

For the third time in succession TV director Michael Beyer was responsible for the visual direction of the live broadcast as well as the ballet dances, which were filmed already in autumn. 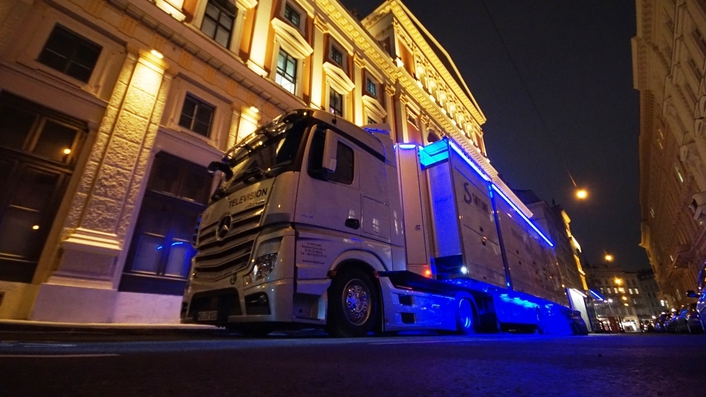 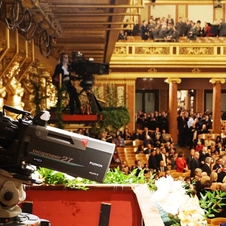 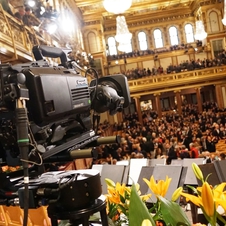 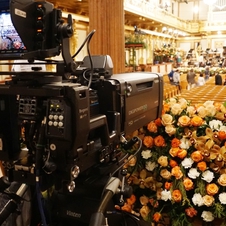 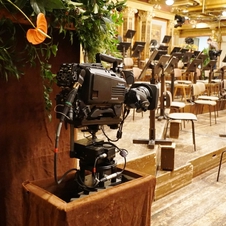 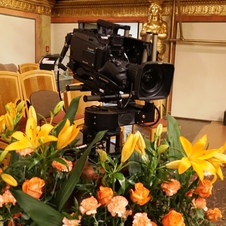 The flexible room design with its up to 30 working spaces offered an ideal space for this high-end production
The 5.1 surround recording was carried out on a  Lawo mc²56 Audio mixer
The special connecting door with its window between the video and audio control rooms maintained the outstanding acoustic characteristics of the audio control and nonetheless ensured the desired visual contact with the audio control so that non-verbal communication and high-end classical music production are possible at the same time.
The possibility to shift the vision mixer so that the director was located centrally in the video control room and the vision editor therefore was located to the right of the director proved very successful. 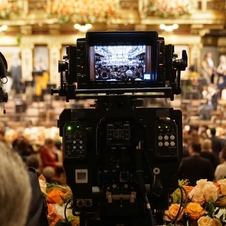 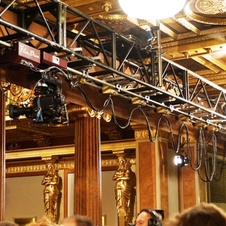 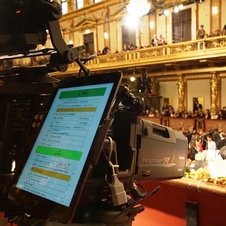 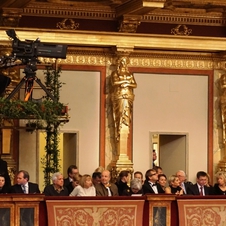 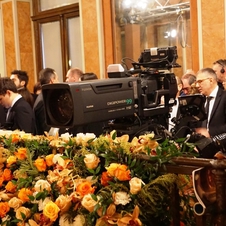 The complex programme concept with numerous inserts required a close cooperation between the conductor and live director as well as the insertion operator. This was made possible by the flexible set-up of the OB truck and the benefits of the modular Kahuna Maverick control panels.
The cabling was a very complex task due to the live sound recording, various editing rooms and the connection of eight remote camera systems and the related operators.

The complete recording was handled and controlled from the sub control room in the Ü8 tender truck .
For this purpose 6x EVS XT3 with IP Director and 4x EVS XT Access Servers for the digitalisation of the 16 different signals during the dress rehearsal, the New Year’s Concert and the broadcast as well as numerousVTRs and DVD recorders were deployed.
Integration of 2x VizRT character generators
TV Skyline has handled the production with a crew of 30 live production specialists.

Special challenges:
-    Handling of the national ORF broadcast feed as well as various different global feeds required thorough planning (unilateral feed for NHK to Japan)
-    Technology should remain nearly invisible for the audience
-    Special consideration of the old and very sensitive building of the Musikverein

The 76th New Year’s Concert of the Vienna Philharmonic Orchestra was broadcast LIVE in 92 countries, for the first time in Brazil, Pakistan and Vietnam and achieved more than 50 million viewers worldwide. The New Year’s Concert is conceived as the most important classical music event of the year and receives the largest attention worldwide.
The concert is meticulously rehearsed in the run-up, so is the interaction of the orchestra with the camera personnel. The 2016 concert was the third for conductor Mariss Jansons (before 2006 + 2012) 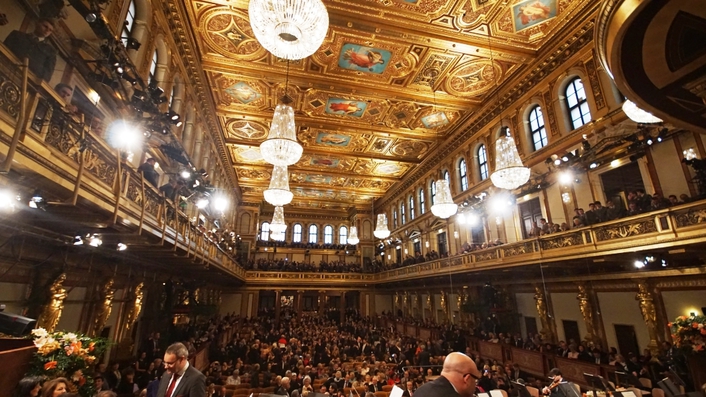 Quote of the TV production director Michael Beyer:
“For a video director the New Year’s Concert from Vienna is the largest and most attractive task there is in the field of classical music. No other symphonic concert in the world has a similarly high importance and attention to detail as this live broadcast on January 1. This year, TV SKYLINE’s large Ü8 was deployed for the first time. The space conditions and the technical possibility were virtually ideal for this demanding task. The huge monitor wall, which can be flexibly arranged, allowed us to keep a good eye on the 15 cameras. There is also enough room for the handling of large scores. That is a problem in other OB trucks but has been solved here perfectly. Also ideal is the spatial layout, which allows the sub control room and the broadcast handling to work undisturbed. TV SKYLINE’s Ü8 is practically unbeatable for live events of this size.” 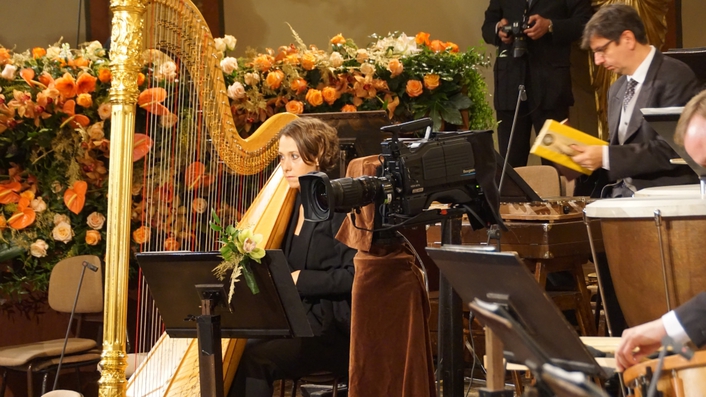 Quote 0f the Technical Director Robert Kis:
“After our 25-year company history and successful classical productions including the Bayreuth and Salzburg Festivals, from the Scala in Milan, the State Opera in Munich, the Arena di Verona and the Festspielhaus Baden-Baden, we are incredibly proud that we were now at last also allowed to be part of the Vienna New Year’s Concert.
Additionally we were able to complement our classical experience with Imre Sereg’s long-time experience with the New Year’s Concert, as we brought him in as an additional technical manager.
The special challenge for our classical music experienced team here was surely the huge amount of attention received by the New Year’s Concert worldwide. For this very reason, the successful cooperation with the ORF and all groups was a great and exciting experience for us.”