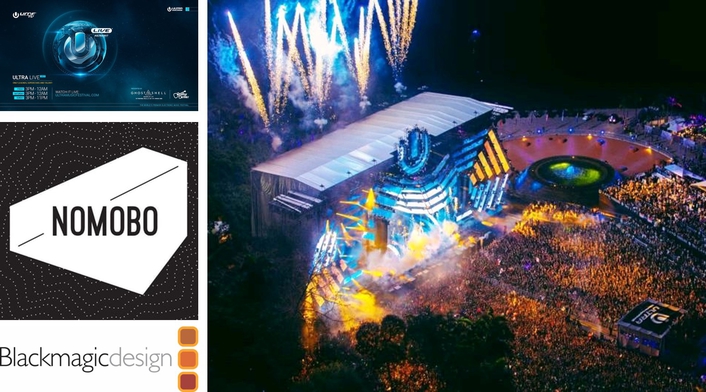 NOMOBO produced live streams from behind the scenes for YouTube using Blackmagic Design flight cases as well as the URSA Mini Pro and URSA Mini 4.6K for acquisition

Blackmagic Design has today announced that its URSA Mini 4.6K and URSA Mini Pro cameras were used to produce a live YouTube broadcast during this year’s Ultra Music Festival (UMF). For the first time at the UMF, DJs on the Main Stage were captured and broadcast in stunning 4K.

For the nineteenth edition of the world's premier electronic music festival, boasting elite DJs, unparalleled productions and located in the beautiful city of Miami some of the biggest performers in electronic dance music (EDM) played to a sell-out crowd of 165,000 people.  Another 7.5 million fans shared in the excitement and energy online via the Ultra Live stream presented by UMFTV and produced by NOMOBO. 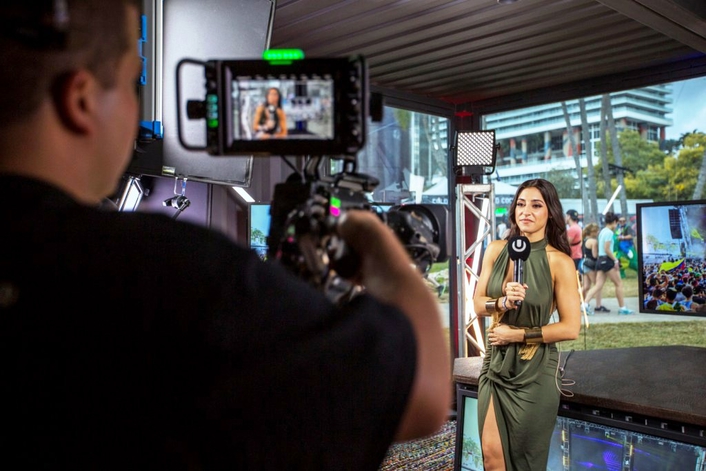 The live stream broadcast on YouTube was mixed with interviews, backstage footage and graphics and was further integrated with social media platforms. “That helped UMF to generate more than 42 million mentions across social media – making it the most tweeted about electronic music event in history,” begins Constantijn van Duren of NOMOBO. “The set performances on the main stage were all captured in 4K and available to stream on YouTube the following day.”

“We opted for the URSA Mini 4.6K PL mount bodies along with the URSA Studio Viewfinder for the Ultra Live studio setup while the brand new URSA Mini Pro was used by two roaming ENG teams who covered the capture of interviews and backstage reports,” said van Duren. 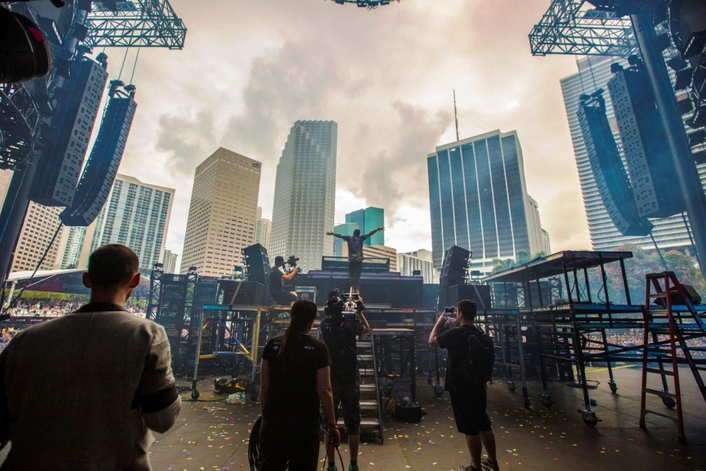 A 12G SMPTE fiber system enabled the team to feed the URSA Mini 6G-SDI output back to NOMOBO control rooms and MCR for live switching and recording. The same fiber setup also provided a return feed for ATEM Camera Control as well as all talkback and tally.

One of NOMOBO's roaming teams captured the live stand-ups and backstage interviews with hosts Andrea Helfrich and Will Best. “Connecting the URSA Mini Pro to the ATEM video infrastructure gave us immediate control over the camera, tally and comms and enabled our camera operators to communicate with the live stream director,” explains van Duren.

From a simple ergonomic point of view, the ability to work either shoulder-mounted or run-and-gun with the side grip in a challenging environment such as a festival shoot gave us all the handling options they could wish for, according to van Duren. “And with the addition of built in ND filters on the URSA Mini Pro, our crews were able to cover activity all around the festival in all imaginable lighting circumstance from bright daylight to night time, both front and backstage.” 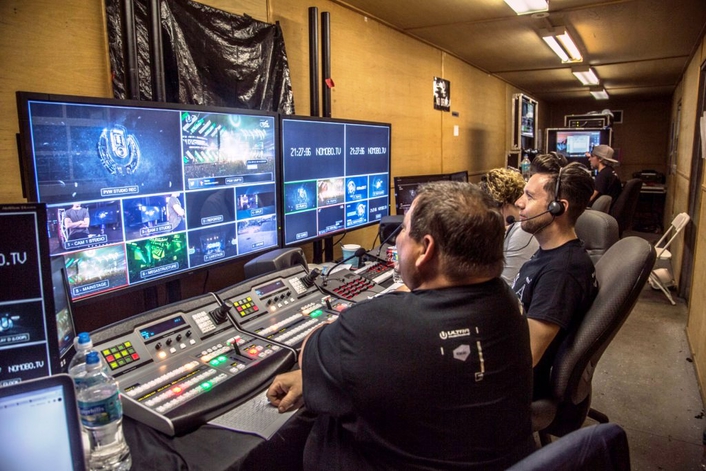 Ultimately, it is the ability of the URSA Mini lines to produce beautiful pictures which has van Duren raving. “Opting for the URSA Mini affords us ultimate flexibility when it comes to lens choice. The fact we can use fast, high quality PL glass with the URSA Mini and shoot in 4.6K on a live broadcast is incredible,” he concludes. “That means we can offer clients the highest possible image quality and integrate that into a live events environment alongside tally, comms and camera control provides ultimate flexibility.” 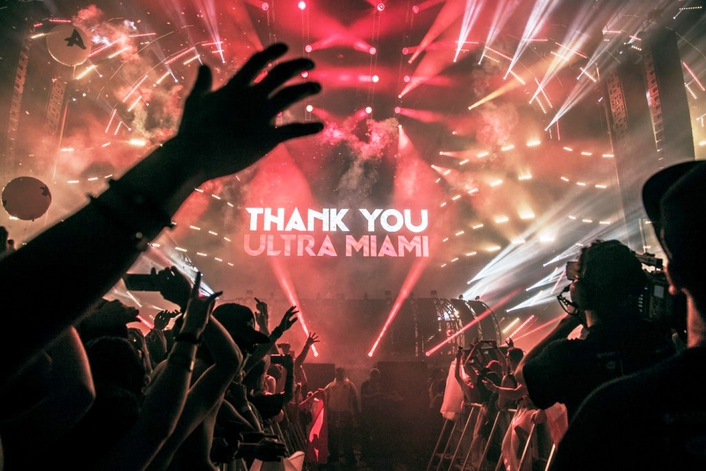 NOMOBO is a world leader in creating, capturing and distributing live event broadcasts with specialties in music, sports and brand activations.

With a heritage documenting electronic dance music concerts and festivals, we bring more energy, excitement and engagement to our dynamic broadcasts than anyone else in the industry. The NOMOBO expertise pairs that with a global approach to social, digital and traditional distribution to deliver huge, measurable results.

Headquartered in Amsterdam and New York, NOMOBO executes shows in 22 countries with more than twi billion views of our content online in the last year