UEFA, working with Sony, captures the excitement at the climax of the European football season in 4K Live
Today UEFA will produce the 2015 UEFA Champions League final in Berlin live in 4K. The match will be broadcast live from the world-famous Olympiastadion in Berlin in stunning ultra-high definition, and the production company TopVision will use Sony’s new HDC-4300 4K/HD live production camera.

UEFA’s 4K production
Following the success of the 2014 UEFA Champions League final in Lisbon, the 2015 final in Berlin will represent the second occasion that European club football’s most prestigious match will be produced in 4K. 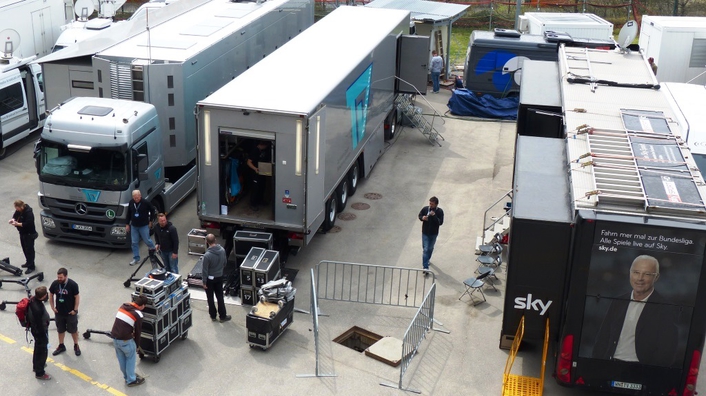 TopVision is setting up the 4K Production

For the Berlin final, Sony’s new HDC-4300 and proven PMW-F55 4K Live System cameras will be used for the 4K production, enabling the capture of crystal clear and immersive footage.UEFA’s end-to-end live production workflow will include Sony’s PWS-4400 4K servers and the MVS-X series multi-format switchers. To ensure the peerless footage captured in the stadium matches the production team’s view of the action, UEFA will use Sony’s 30-inch BVM-X300 OLED 4K monitor for live monitoring within the OB truck. In addition to the BVM-X300, Sony’s 85-inch FWD-85X9600P BRAVIA Professional 4K LED screen will also show live ultra-high definition footage from the match in the dedicated UEFA showroom in the broadcast compound. 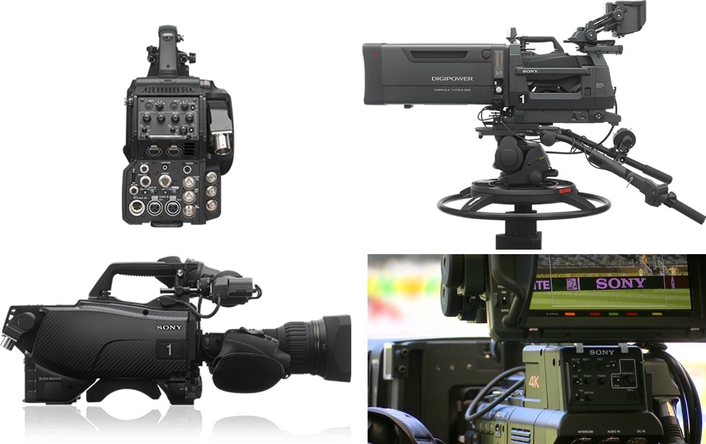 For the first time, fans will be able to watch the action live in 4K. Various broadcasters will take the signal live via the 4K distribution provided by EBU, and select Sky Sports Bar locations across Germany will be screening the match in ultra-high definition.

The UEFA Champions League final takes place at the Olympiastadion in Berlin on today between FC Barcelona and Juventus. The match will be watched by a crowd of just under 80,000 and a further 380 million worldwide, across over 200 countries.

The new HDC-4300 camera
Designed specifically for the sports broadcast market, the HDC-4300 brings incredible flexibility to live production set-ups, with the capability to shoot in HD, 4K, and up to 8x super slow motion HD footage. Recently launched at NAB 2015 in Las Vegas, the world’s first 2/3-inch 4K imaging device builds on the success of Sony’s previous HDC cameras. Supporting the standard industry B4 lens mount, the camera is fully compatible with all HDC accessories allowing it to easily slot into existing live production set-ups.

Sony is a leading supplier of AV/IT solutions to businesses across a wide variety of sectors including, Media and Broadcast, Video Security and Retail, Transport & Large Venue markets. It delivers products, systems and applications to enable the creation, manipulation and distribution of digital audio-visual content that add value to businesses and their customers.  With over 25 years’ experience in delivering innovative market-leading products, Sony is ideally placed to deliver exceptional quality and value to its customers. Sony's Professional Services division, its systems integration arm, offers its customers access to the expertise and local knowledge of skilled professionals across Europe. Collaborating with a network of established technology partners, Sony delivers end-to-end solutions that address the customer's needs, integrating software and systems to achieve each organisation’s individual business goals.