The Madrid-Barça game in 4K for the first time ever 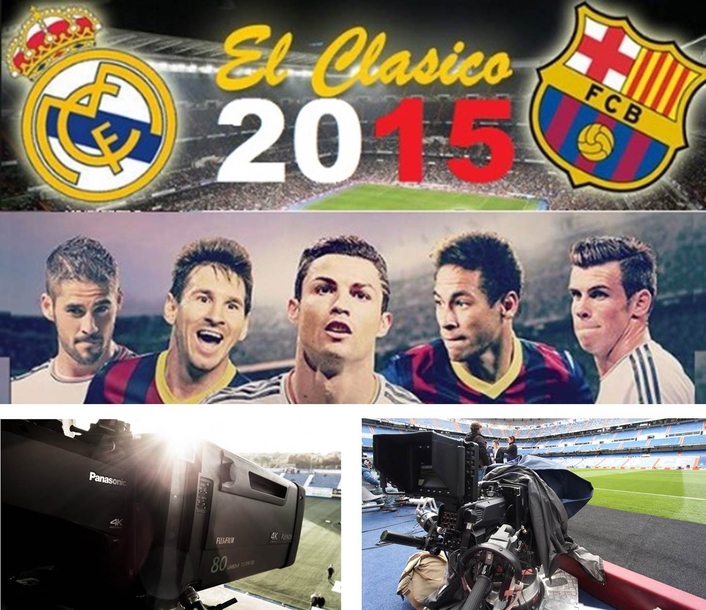 Mediapro continues to lead the way in innovation with the live broadcast of the match in ultra high definition / To air the game around the world 37 cameras have been set up in the Santiago Bernabeu, a record number for a Madrid-Barça game

Mediapro is taking another step forward in the integration of the latest cutting edge audiovisual technology in sporting events with the broadcast of this Saturday's Real Madrid CF FC Barcelona game in 4K production quality. After a series of extensive tests of the technology Mediapro has equipped an OB van with 12 4K cameras which are set to broadcast the match signal for the Real Madrid-Barça clash for broadcasters requesting the signal. So far operators in Germany, Switzerland and Hong Kong have confirmed their interest in the 4K images which offer a resolution which allows viewers to appreciate the smallest of details in enhanced reality. The match signal will be broadcast via the Hispasat satellite. 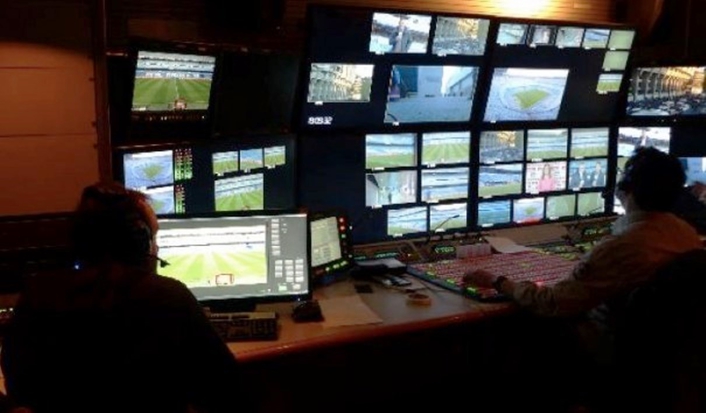 To be able to achieve this live broadcast capability Mediapro has managed a host of live sporting broadcasts in 4K in competitions such as the La Liga, the UEFA Champions League, the UEFA Europa League and the Turkish League. The trials carried out in the BBVA League in the last round of matches and the broadcast experience of the Mediapro teams in this type of events is an excellent guarantee of quality. Mediapro is making significant contributions to the constant evolution of digital television towards the broadcast of sporting events in picture qualities that were unimaginable just a few years ago.

The expectation surrounding the match between the two giants of the world game can be seen across the five continents with the signal broadcast by Mediapro. The match signal will be distributed around the world with the highest possible image quality thanks to a team of 400 Mediapro professionals, 6 OB vans, 5 DSNGs, 21 commentary positions, 16 ENG teams and 37 cameras set up inside the Santiago Bernabéu, a record number for a match between Real Madrid CF and FC Barcelona.

The match signal will be broadcast around the world in HD and in addition a host of high profile networks have requested signal customisation services by Mediapro. ESPN, FOX Brazil, beIN SPORTS MENA, beIN SPORTS USA, beIN SPORTS France and DIRECTV will all send teams to Madrid to provide live match previews and post-match reports.

This will be the first time that EVIASAT (Norway, Denmark and Sweden), customise the signal from the Santiago Bernabéu in a Madrid Barcelona game bringing exclusive images from the stadium to their viewers. The network will have a DSNG at its disposal in the Santiago Bernabéu for pre and post match live link-ups. One of the network's special guests will be Michael Laudrup, the former FC Barcelona and Real Madrid CF player. The Chinese PPTV network will also be providing special coverage of the game from Madrid for its viewers.